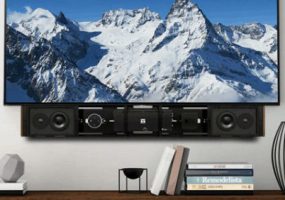 Data from Futuresource estimates that over the next few years the pro speaker market will increase its revenues from $2.6 billion to $3.6 billion by 2021.

IKEA customers are kept informed and, more importantly for the brand, kept wandering with pleasant background music, thanks to Community Loudspeakers.

Understanding the Many Facets of Audio Technology and Audio RFPs