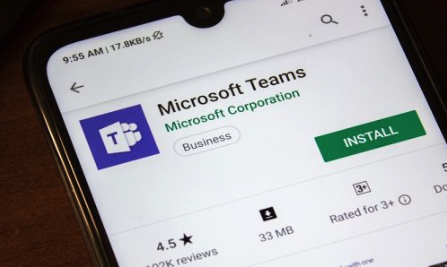 Microsoft is releasing new features for its flagship unified communication and collaboration app teams just as usage on the platform skyrockets due to a swell of the globe working from home to avoid spreading COVID-19.

In a blog post, the company detailed its new features and gave an update on how the platform has grown in just the last few weeks as employees everywhere adjust to working from home.

“We have seen an unprecedented spike in Teams usage, and now have more than 44 million daily users,* a figure that has grown by 12 million in just the last seven days,” wrote Jared Spataro, corporate vice president for Microsoft 365. “And those users have generated over 900 million meeting and calling minutes on Teams each day this week.”

Microsoft’s new features for Teams come three years after the product was first introduced and a day after collaboration rival Slack announced a redesign. The additions aim to make Teams easier to use and collaborate.

The company is introducing Microsoft 365 Business Voice, a feature for small-and-mid-sized U.S. businesses that turns Teams into a phone system. Also included is a new Microsoft 365 Enterprise plan lineup with more licensing options for firstline workers.

A new integration between Teams and RealWear head-mounted devices gives industrial and firstline workers the ability to access information and communicate hands-free while on the job site.

Microsoft is adding real-time noise suppression to help minimize distracting background noise during a call and a new raise hand feature allows anyone to raise their hand virtually so they can chime in during a large meeting.

New ease-of-use features give users the ability to pop out charts into a separate window, and offline and low-bandwidth support lets users can read chat messages without an internet connection.

Spataro ended the post with a note on COVID-19 and how Microsoft is continuing to improve and expand features to help workers be as productive and connected as possible.

“As the COVID-19 outbreak continues to push people everywhere into remote work and learning, enabling remote work and remote learning has never felt more important, and we are grateful for the opportunity to stand by our customers at such an extraordinary time,” Spataro said.