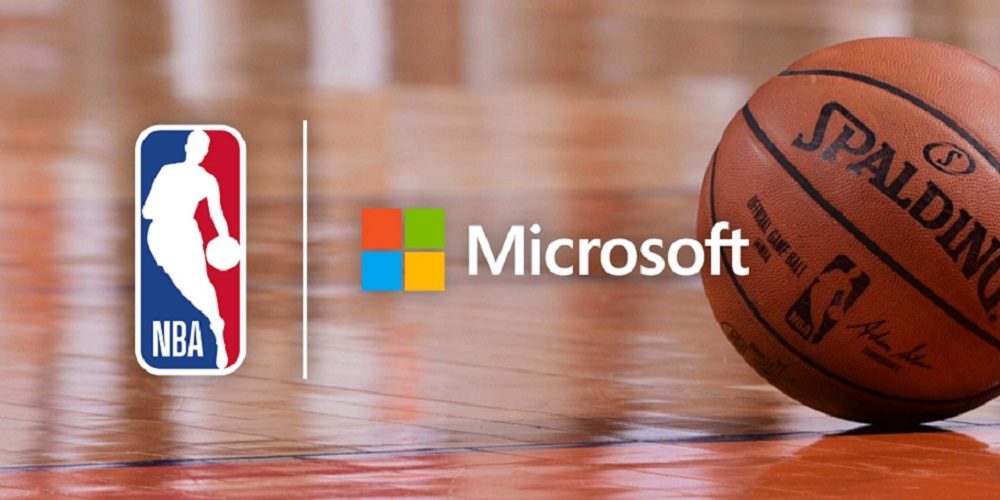 Although the NBA regular season is temporarily suspended due to the coronavirus pandemic, that isn’t stopping the league from bolstering its technology offerings with one of the largest names in the business.

Announced Thursday, Microsoft is expanding its technology market share in major U.S. sports leagues with a multi-year deal to be the official technology partner for the NBA, a partnership that includes providing artificial intelligence, cloud services and Surface devices.

The WNBA, NBA G League, and USA Basketball will all benefit from the deal starting with the 2020-2021 season — the status of which is up in the air due to COVID-19.

Microsoft and NBA Digital will create a new direct-to-consumer platform on Microsoft Azure — the company’s cloud computer service — that will utilize machine learning and artificial intelligence in game broadcasts and other offerings.

The platform aims to change how fans engage with the league by customizing and localizing experiences for the league’s global fanbase, including nearly 2 billion social media followers.

Aside from live and on-demand game broadcasts through Azure, Microsoft will bring the NBA’s trove of data sources and historical video archive to fans through machine learning, cognitive search and advanced data analytics to create a more personalized fan experience.

In addition to fan experiences, the partnership will also bring new insights and analytics to coaches and broadcasters.

Per the announcement, Microsoft is now the entitlement partner of the NBA Draft Combine staring next season and an associate partner of other future events, like the NBA and WNBA All-Star Games, Summer League.

Microsoft was already a major partner of the NFL in similar ways, although that partnership includes the heavy use and marketing of the Surface tablets and now the use of the company’s flagship collaboration platform Teams.

Last month, Google and Major League Baseball announced a deal for Google Cloud to become the league’s provider of cloud-based data and analytics services. The MLB previously worked with Amazon Web Services in a similar capacity.