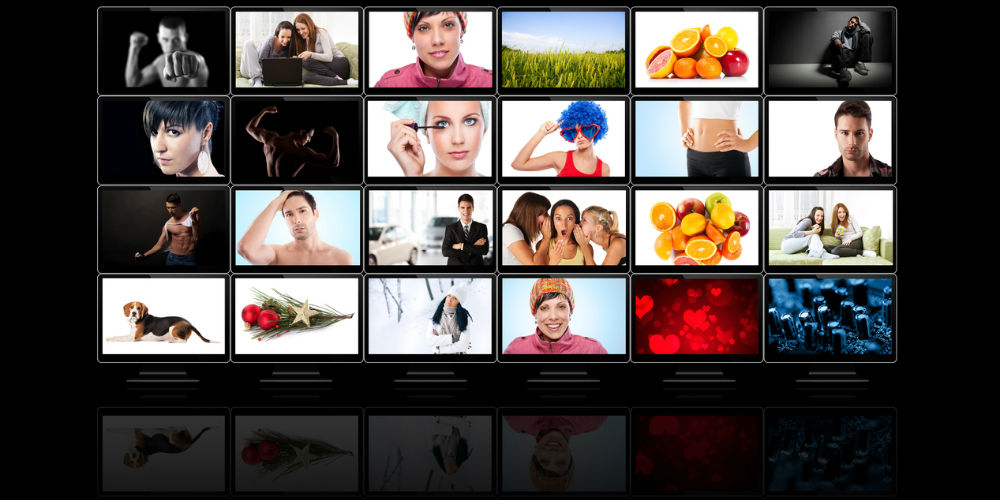 If you think that 4K UHD and High Dynamic Range (HDR) are important and the next big thing, you’re right. However, many don’t realize that HDR, right now, is more important than 4K. HDR has been around for a long time, but it is now starting to come of age. The displays themselves are changing and the equipment connecting to displays are changing. Tech managers need to understand basic general infrastructure of video in an AV environment so they’re purchasing equipment that is compatible with one another. As resolution, HDR, and color gamut moves up and down on the spectrum, things can get out of sync.

The Evolution of Broadcast Video and ATSC Standards

In 1941, the National Television System Committee made the first set of standards for broadcasting video across the airwaves. In 1953, a second standard was adopted to introduce color, with backwards compatibility with black and white sets already available. That standard was dominant until the early 2000s, when it started to be replaced by digital standards.

The Advanced Television Systems Committee (ATSC) introduced the standard, ATSC 1.0 – the standard written to accommodate taking content and sending it over the air digitally, as opposed to analog. ATSC 1.0 has two primary definition formats – 1080i and 720p. You’ve heard those numbers for a decade now.

ATSE 1.0 is still the standard used today, but for years the ATSC has been working on ATSC 3.0, which will support mobile television, 3D television, 4K UHD, HDR, high frame rates, and wide color gamut. In the broadcast world, they’re now broadcasting over broadband as well as standard airwaves. That hasn’t been 100 percent adopted yet, but it has been written, combed over, and worked on. It will be implemented in 2019. At that point, TVs will need to have internet connectivity.

The benefits of ATSC 3.0 will be plenty:

The challenges will be plenty as well. Bandwidth demands will increase:

The UHD Alliance is all about resolution standards. 4K, for example, is a standard that provides high dynamic range, supports wide color gamut, and multi-dimensional sound as part of its certification. There is an entire set of specifications for 4K, but what’s important is that the colors need to be inside of the P3 color gamut.

The ultimate goal of 4K is to show on the screen an image that is just as high of quality as what you see in real life. There are more pixels being shown on the screen, which creates an increased density that ensures things on the screen aren’t pixelated. 4K is 3,840 pixels by 2,160 pixels – four times the pixel amount of HD.

High Dynamic Range (HDR) is meant to accomplish the same goal. Dynamic range creates the contrast in images, the difference between the brightest whites and darkest blacks. HDR is basically talking about luminosity that is more dynamic than we’d see with standard resolution. You can see the difference between images with or without HDR – there is more detail and contrast with HDR. There are different types of HDR – one is designed for photography while the other is designed for displays. For displays, the contrast ratio that the display is capable of showing is expanded, and the color gamut is expanded, to create the more realistic image.

Color depth is all about the color transition, and how much detail we can show between two similar colors. Different bit rates have different gradations, meaning the distance between brightest white and darkest black, or the variations of color available:

Color Accuracy represents how close the image on a display is to the image in real life. Basically how well the colors and represented.

High Frame Rate means the amounts of frames that are shuffled through on the screen in a second – available in 15 fps, 30 fps, 60 fps, or 120 fps. The more frames per second, the smoother the image. The UHD premium standard says the display needs to support a high frame rate.

What Makes a Difference? HDR.

Many times it’s not the resolution, but the contrast, that is perceptible to the human eye.

For the most part, you won’t be able to tell if an image is 4K or HD in a vacuum. If you walk into a room and look at the display, you’ll be guessing. If the displays are next to one another, you’ll notice the difference. The 4K will be a hair smoother. However, for the most part, the limitations of our eyes prevent us from noticing the distinction between 4K and 1080p.

That’s not the case for High Dynamic Range. If you walk into a room in a vacuum and see a screen with HDR, you’ll notice the difference. The contrast will be more apparent, and the color gamut will be wider, and the color accuracy will be more on point. HDR can be supported at 1080p.

As it stands, there is little content available in 4K. Most of the time you’re watching a 4K screen, it’s playing HD content. It looks a bit better, but the difference is negligible. HDR, on the other hand, is able to represent a much wider contrast, and a larger group of colors. The human eye is able to distinguish color much better than pixilation, and therefore you’ll notice the difference when an HDR display is in use.

In order to enjoy HDR, you need content that is mastered in HDR. If the source is incapable of decoding it, and the path can’t support the appropriate bandwidth, then the dynamic range doesn’t really matter.

So, when it comes to choosing your next display, worry less about UHD (for now), and make sure you’re focused on High Dynamic Range (HDR).