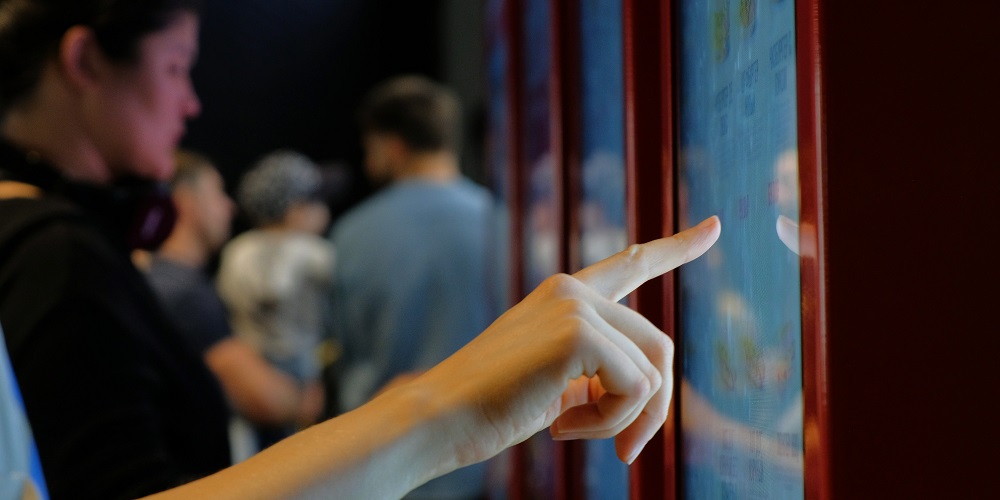 In 2018, five quintillion (that’s 5×1018) transistors were put into objects that aren’t computers. Tech writer Kevin Kelly argues that things are becoming verbs, that what we thought of in the 20th century as “products” and “objects” are becoming, in the 21st century, processes.

As nouns become verbs, even more abstract concepts, like organizational communications, are becoming ongoing processes that live as a continuous feedback loop between communicator and communicatee, changing with each interaction.

The 20th century excelled at “push” communications because the mindset looked at communications as just another “product” to be presented to the audience, in the hopes that they’d get interested. “Hey, are you interested in this? Are you sure?”

The 21st century is more like an invitation to participate. “Hey, do you want to be a part of this?” As tech drives this shift in perspective, approaches and mindsets need to catch up to stay competitive in a world that increasingly has more and more to distract us.

Take digital signage. It’s often thought of as a tech issue (and very often it’s the IT folks who shop for and purchase a system). After all, it’s screens, which go on walls or in kiosks; there are cables and wi-fi routers; messages are created and scheduled on computers. Those are all things.

The messages then become “things” and so does the audience. But that’s outdated.

In a world where people can interact with, and affect, something as mundane as a refrigerator, that kind of approach to communications is increasingly outdated and irrelevant, and might even come across as intrusive or annoying (like a friend who insists on fixing the details of social arrangements two weeks in advance because they refuse to get a mobile phone, which allows for more flexibility and improvisation).

It’s a competition. You want your audience to see your messages, but they have little incentive to do so. They have, quite literally, most of the information in the world in their pockets. How are your digital signs supposed to compete with that?

Related: How to Create a Successful Company Culture with Interactive Digital Signage Installations

There are a few tricks, such as attractors like current weather or time or traffic information, that might get them to glance at one of your screens. They can get that information on their phones or tablets, but you have it all presented in a single, easy-to-read layout, so the digital signs become more attractive because they save your audience time.

That’s great, but not enough. We are already seeing technology that will allow for hands-free interactivity – things like VUIs, gesture-based interfaces, eye-gaze tracking and even brain-computer interfaces (yes, that’s a real thing), so the audience you are trying to reach, in just the next few years, won’t even have to take their phones out of their pockets; they’ll be constantly immersed in an augmented overlay of information and entertainment as they move through the real world.

To remain competitive in an environment such as that, it’s important to completely change the way you think about your organizational communications.

You have to start approaching it as a process, as a verb, and as something the audience can not only interact with, but actually affect and mold, to some extent.

Instead of “digital signage”, a term that suggests a grouping of discrete, separated nodes and objects, think in terms of digital signaging – a process, a series of iterations and interactions, a verb.

A radical shift in thinking about the world around us is currently happening. And since the rate of technological change is accelerating, we are, right now, entering a new phase of human existence. A time of connections, of constant change, of process.

A time in which everyone has the ability to have input in just about everything, from anywhere, all the time. A world of on-demand information that is literally at people’s fingertips.

So tossing messages on digital signs like “Register for the new training modules before the 15th” just isn’t going to cut it anymore.

What are these training modules? Are they any good? Could they be better? Why the deadline? Can’t I access them at my leisure? Can I rate them? Can I edit them? The audience is going to have questions and want to have input on every single thing that goes up on those screens.

Change is the New Normal

In fact, there might not even be screens at some point. As hand-free interactive interfaces get more and more robust, and once wearable computing has been streamlined (or maybe even computing devices embedded into people’s bodies), we won’t need a separate screen in order to get information.

It’ll all be there, all the time, all around them. The noosphere will become part of daily life.

So let’s say your organization has a digital signage system today, or is thinking of implementing one. Does all this mean that you’re going to spend a lot of time and money on something that’s going to become obsolete very soon? Not at all. 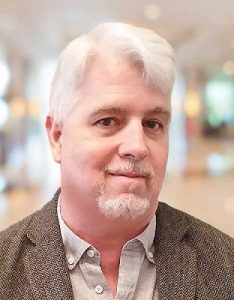 Digital signage for business is more than just messages on screens. It’s a whole new approach to the very concept of communications. Right now, the technology is still built around displays and messages.

But that’s not a finished thing. You need to be constantly evaluating, assessing and adjusting your content. A call to action is absolutely essential to every single message because it allows a degree of interaction, as well as measurement data for you to feed into your constantly evolving digital signaging ecosystem.

Taking the time to find out what people want to see, what information they find useful, is also key.

Running audits, not just regularly but pretty much constantly, is also important.

In the very near future, such tasks will probably be delegated to AIs, but you need to do what you can right now in order to lay the groundwork for the connected world you know is coming.

That might mean sending out surveys, or having short questionnaires on hand so people can give you feedback. It might mean actually standing near a screen and seeing when people stop and look, when they take a picture of the message, or otherwise interact with it.

It means paying attention to how many people took that call to action, and finding out why some messages get more interactions than others.

Digital signage for business is a process. Or think of it as a service, rather than a product. You want your audience to be interested and engaged, you want them to think of your digital signaging (whatever physical form it takes) as something useful, even indispensable. You want to give them as much access and

freedom to interact as possible. And you want to constantly be updating the way you do things to make your offering more and more enticing, more efficient and therefore more worthwhile.

Many organizations use digital signage as an add-on to their communications. But it needs to take more precedence as it becomes less a thing and more a process. Nothing else currently in use will be able to withstand the sea change that’s coming.

Posters, flyers and bulletin boards certainly can’t. Neither can email. Social media has some flexibility, but it’s more suited to building a community and a zeitgeist instead of location-based communications.

You might be thinking, “How can it be digital signage if you take away the signs?” Easy – it’s a process, not a physical system. It’s about communications, not technology. Digital signage turned into a verb can handle it all. It can adapt and shift as technology changes expectations.

Read Next: Digital Signage Content Can Make Your Facility Smarter

The people in your audience are now your clients, your customers. The communications you manage needs to meet their needs, not just in content, but in the way that it’s presented, accessed, interacted with and updates. It needs to adapt to their changing wants and needs. It needs to allow them access and input.

The old adage of “Build a better mousetrap and the world will beat a path to your door” no longer really applies. Instead, it’s more like “Give the people what they want.” And this connected, social, changing world is what they want.