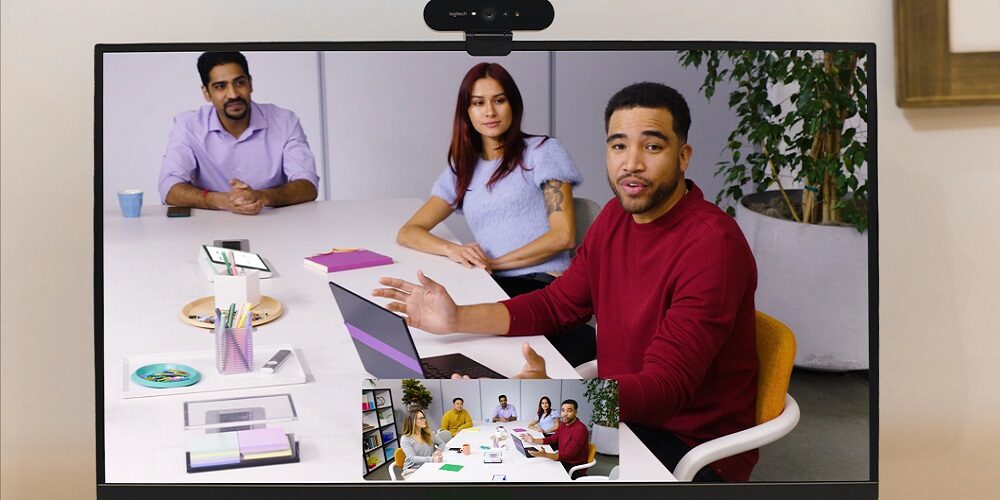 In response to the call for hybrid meetings to be equitable between remote workers and in-office workers, Logitech has released RightSight 2, software that presents a close-up view of the individual speaker and a view of the entire meeting room during video calls.

As the world continues to adopt to a hybrid working environment, remote workers may feel left out of some in-office subtleties, such as facial expressions from others in the room, hand motions between in-room users and writing on a whiteboard. Logitech hopes to solve some of those issues with RightSight 2.

According to Logitech, the solution uses auto-framing technology so far-end participants can follow the active speaker while also getting situational context from the group, such as one person gesturing to another or writing on a whiteboard.

The company says RightSight 2—which is compatible with Logitech’s major cloud-based videoconferencing partners—uses audio and video intelligence to detect the placement and voices of in-room participants, leveraging the two-camera system in the company’s Rally Bar and Rally Bar Mini to produce Speaker View, a new mode that renders a picture-in picture view of the active speaker and whole group.

The speaker is framed using the main camera that pans and zooms as the different in-room participants take turns speaking. Meanwhile, a wide-angle AI Viewfinder frames the room and ensures that remote participants can see and hear all meeting exchanges clearly.

The solution allows IT admins to toggle between Speaker View and Group View, depending on what end users need.

RightSIght 2 will work as picture-in-picture mode with Microsoft Teams Rooms on Android and Windows, and in integrates with Zoom Rooms’ multi-stream technology that shows each of the speaker and room streams in separate tiles.

RightSight 2’s Speaker View is now available globally for free as a public beta on CollabOS 1.5 for Rally Bar and Rally Bar Mini. Users can update their video bars in Sync device management software now or through partner platforms like Zoom Device Management and Teams Admin Center soon, according to Logitech.

In a statement, Scott Wharton, general manager and vice president of Logitech Video Collaboration, says remote participants often feel left out during video calls as they miss out on in-room interactions and struggle to keep up with the meeting flow.

“RightSight 2 is the equalizer for remote participants so they can collaborate with their conference room counterparts on equal footing regardless of their location,” Wharton says.

Logitech’s announcement of RightSight 2 comes just two weeks after the company announced new features to its Sync device management platform that helps IT teams manage personal collaboration devices such as headsets, cameras and microphones in addition to in-room collaboration systems.