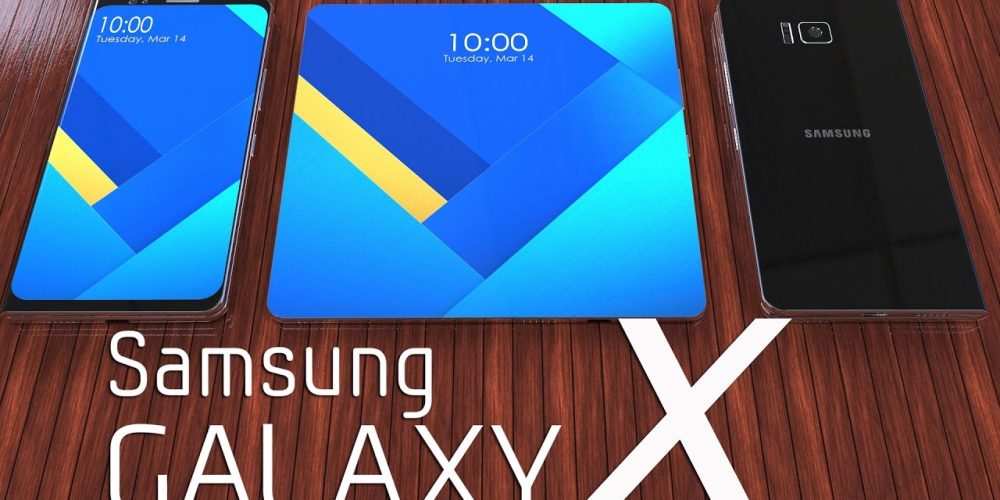 Samsung recently unveiled its newest smartphone release at 2018 Samsung Developer Conference in San Francisco and it’s unlike any phone on the market. Venture Beat reports that the phone uses what Samsung is calling an Infinity Flex Display that allows the phone to fold in half like a notebook.

The phone, codenamed ‘Winner’ is about 200 grams and its primary 7.3-inch, 1536 x 2152-pixel (420 pixels per inch) screen could theoretically be safely folded “hundreds of thousands,” according to Justin Denison, senior vice president of mobile product marketing at Samsung. The phone, like a notebook, opens in portrait orientation, and the inside is coated with a polymer that consists of a cover window, shock-absorbent film, polarizer that’s 45 percent thinner than the previous generation, and flexible layer and backplane.

Before you unfold the phone, you can use the cover screen, which is a 4.58-inch, 840 x 1960-pixel secondary (420 pixels per inch) display that more closely resembles a traditional smart phone’s touchscreen.

Samsung partnered up with Google to create Winner, designing it to work similar to a tablet. The phone’s Multi-Active Window feature allows you to have three apps open at once and its App Continuity capabilities allow you to transition between apps seamlessly.

The phone could cost as much as $1,850 at it’s release, and won’t be available until at least early 2019. Samsung is currently drumming up support from software developers by working on an emulator that lets them test how apps will transition from folded to unfolded.

“The foldable display lays the foundation for a new kind of mobile experience,” said DJ Koh, president of Samsung’s mobile communications business. “We are excited to work with developers on this new platform to create new value for our customers.”

Samsung has had a vague vision of a foldable phone as early as 2013, but 2019 may be the year the idea comes to fruition.