Mass Notification System Best Practices: Getting the Most Reach

On Jan. 10, 2019, Kevin Limbaugh opened fire and killed Davis, Calif., police officer Natalie Corona. Limbaugh fled, sparking a city-wide manhunt that ended hours later when he killed himself. During the hours-long chaos, the University of California, Davis — which is just blocks from where the rookie officer was killed — sent text and […] AtlasIED IPX Series endpoints are tailored to the K-12 and healthcare markets along with high-tech communications systems in corporate offices.

Mass notification systems aren’t just about sounding an alarm. Systems today are capable of much more.

This week, September 3rd-7th, 2018: cybersecurity tips, a podcast with a cybersecurity expert, the need for a Cyber Force, and more. 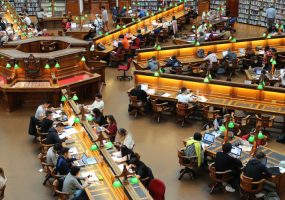 A mass notification system’s primary objective is to disseminate one-way communication to individuals in the event of an emergency. Quiz: Is Your Mass Notification System Up to Code?

Even experts on MNEC lack knowledge of code standards. This five-question quiz can help gauge your Mass Notification System readiness.

Colleges Need to Be Able to Answer These 14 MNEC Questions

Mass notification emergency communication (MNEC) is an important part of any college campus, and if you can’t answer these questions you’re probably not prepared.

Common Alerting Protocol (CAP) is an international standard XML format that allows emergency messages to be distributed across multiple warning systems simultaneously, developed by the Organization for the Advancement of Structured Information Standards (OASIS). In the United States, CAP is being used as the base technology for the comprehensive Integrated Public Alert and Warning System […]