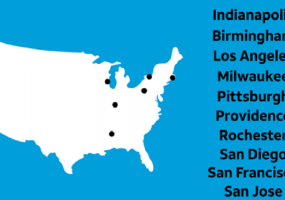 5 Tips for Getting the Most Out of IoT Building Systems

The Internet of Things (IoT building systems) creates tons of Big Data and puts a large strain on internet infrastructure. But it also provides a strong potential to improve the tasks drastically and take necessary preventive measures for electronic appliances to smart traffic lights in order to reduce network congestion. For the big data companies, […]