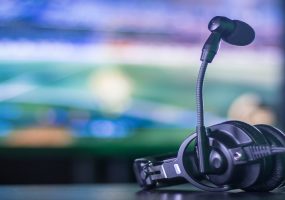 How IP Workflows are Changing the Face of eSports Broadcasting

As the fastest-growing and most-watched competition on the planet, eSports is quickly becoming a blockbuster success for broadcasters around the world. Though eSports competitions are typically broadcast to a variety of specialized internet-based platforms, including Twitch and YouTube, for viewing on handheld devices and computers as well as gaming consoles, these events are increasingly being […] 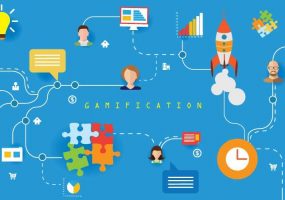 Want More Engagement? Use Digital Signage Gamification to Your Advantage

Bill Gates once said that personal computers are “the most empowering tool we’ve ever created. They’re tools of communications, they’re tools of creativity, and they can be shaped by their user.” This is how people use computers and all the technologies that computers have spawned in the 21st century. Yet digital signage often lags behind […] 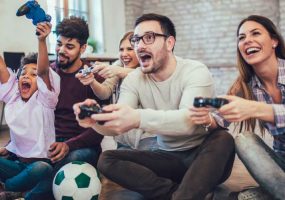 Video Games are Getting People Interested in Real-World Jobs

Games like “SimCity” are sparking players’ interest in jobs like city management, building and planning, and playing a role in gearing them up for the real thing.

According to a recent Forbes article, Microsoft OneNote is an edtech game-changer.

The Evolution of Educational Games: From the 90s to Now

Here’s a look at how educational games have evolved through the years and how new advancements have helped to improve learning and help students build important 21st century skills.

The Minecraft-based tutorial was designed by Microsoft and Code.org and teaches students to code and problem-solve by completing challenges in the 2D Minecraft world.

The Psychology Behind Why Gaming Helps Students Learn

After immense research, Mitch Weisburgh, Co-Founder and Director at Games 4 Ed, explains the science behind why gaming helps students learn.

EDUCAUSE 2015 will feature a session on “game-storming,” and shed light on how end users can harness the resources of gaming to provide a better learning experience for students.

The Secret to Finding the Best Games for Education

This article is the second in a series that will take a look at gaming in education and why teachers should embrace this up and coming trend. The first article in this series pointed out that over 60% of teachers use games. While the majority of game use is for supplemental activities, there is a […]