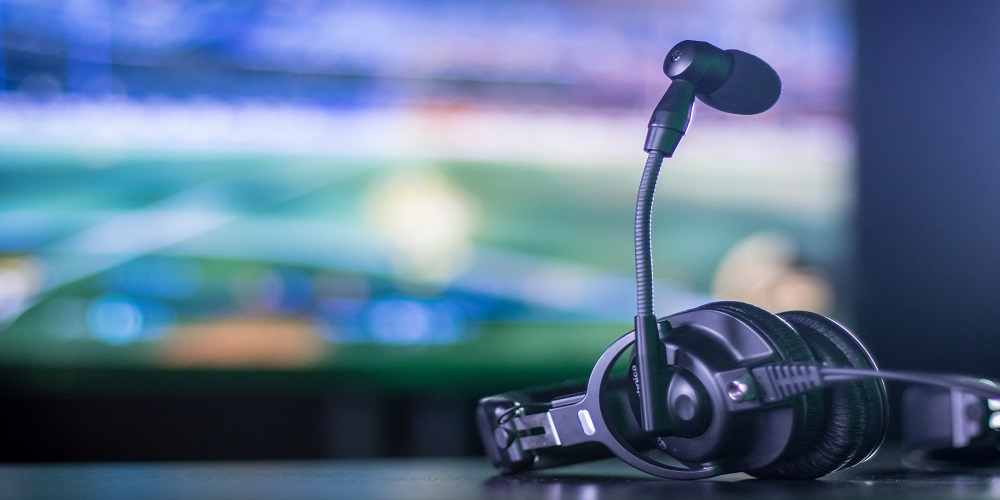 As the fastest-growing and most-watched competition on the planet, eSports is quickly becoming a blockbuster success for broadcasters around the world. Though eSports competitions are typically broadcast to a variety of specialized internet-based platforms, including Twitch and YouTube, for viewing on handheld devices and computers as well as gaming consoles, these events are increasingly being picked up by traditional broadcast outlets, such as NBC, ESPN and ABC.

Last year, the most-watched live eSports coverage was Riot Games’ League of Legends (LoL), with a total audience of 347.4 million on Twitch and YouTube; and its World Championship event broadcast in 19 languages across 30 platforms and television channels, including Twitch, YouTube, ESPN+, OGGN, Facebook, Syfy and TNT Sports.

Since being acquired by Amazon in 2014, Twitch’s numbers have garnered the highest sources of internet traffic in North America, with reported figures revealing that upwards of five million viewers spend an average of 106 minutes watching live gaming each day. This is a significantly higher figure than those tuning into traditional cable programming.

But eSports fans are not just watching these events at home or on the move – tens of thousands pack arenas, like the Mercedes-Benz Arena in Berlin, Madison Square Garden in New York City and the Staples Center in Los Angeles, to catch live-action tournaments throughout the year.

In 2017, more than 40,000 people attended the LoL World Championship at Beijing’s National Stadium (aka: the Bird’s Nest).

So, what does it take to make this possible?

The manner in which Riot typically produces and distributes its tournaments is a signpost to the future of sports television broadcasting.

As a result, Riot has been employing REMI or ‘at-home’ remote audio and video production workflows for several years, producing broadcasts of some of the world’s top eSports tournaments through its studios around the world.

The GaaS model enables Riot to keep its fans engaged through constant improvements and updates, charging only for premium content. To support that cloud-based model, the company has built a worldwide private eSports broadcasting network, the Riot Direct WAN, which interconnects its servers and offices with a broadband pipe.

Part of its ISP bandwidth is reserved for production traffic, which is what allows Riot to remotely produce and broadcast events at venues around the world.

Playing an important role in this are Calrec’s IP-enabled consoles, which, for Riot, includes a Calrec Artemis console in the broadcast audio production room in Berlin as well as a Calrec Brio, which serves as a monitor console for the players.

With all aspects of Riot’s eSports broadcasting production, the name of the game is constant evolution and iteration in the service of efficiency and resilience. Just as broadcast producers have had to find unique workflows and presentation solutions for individual traditional sports, so too must video game developers find a way to best present their specific competitions.

“The technical obstacles you need to overcome will be different given different circumstances,” explains Matthew Donovan, broadcast engineering manager at Riot’s West L.A. production facility. Solutions manufacturers are making the necessary technologies more accessible. “Things that were more challenging are now a lot easier to accomplish,” he says.

Like the competitions themselves, Riot’s LoL eSports broadcasting production is a team sport, and one of the key players is the IT department. When an international event is planned, the company’s eSports broadcasting network engineers create a direct pathway between a POP (point of presence) at a nearby Riot Game office from the Los Angeles POP over the enterprise WAN.

Riot’s eSports broadcasting network engineers handle all the planning, routing, switching, InfoSec data security, monitoring and management of the infrastructure for each event. They also contract with local or regional service providers to connect over the last mile to the venue.

“We always try to have redundant lines, even two different vendors, where possible,” adds Donovan. “We try to add as much resiliency into the signal path as we can.” Should both paths fail—if internet connectivity is completely lost—a bonded cellular path is typically in place as a failsafe.

The future is in ‘at-home’ production

As Riot shifts its production formation to an ‘at-home’ (aka in the studio) paradigm, remote trucks have essentially been eliminated from the company’s workflow.

Accelerated by the recent introduction of various solutions from a handful of manufacturers, such as Calrec, the transition has also been driven by Riot’s simple philosophy.

“We try to keep as many people home as possible so they can sleep in their beds,” says audio engineer Dave Talavera, a veteran of the broadcast industry who worked for NFL Films during the early 2000s.

With Riot’s L.A. facility serving as the central station of its productions, everything from audio mixing and on-site camera control to director shot calls and video playback are routed through the site.

While players are looking at their own game on their individual screens, at home, three observers at Riot L.A. can position themselves anywhere within the game, following along and selecting action for replay in the broadcast from within the system, without disturbing the competitors, in addition to also feeding segments to its EVS equipment for replay.

Additionally, in earlier tournament-style productions, a mix-minus feed was generated in L.A. from the on-site English-language eSports broadcasting of the show and fed to worldwide distribution partners to add commentary in their respective languages, either in-venue or at their own facilities.

But, recently, an international feed of a major championship tournament in Asia was generated using a switcher and audio room in L.A. that was distributed to every international partner. In this instance, Riot’s English-language announcers called the action from a studio in L.A. rather than from the arena.

Of course, some functions are still handled locally at the venues. This includes redundant IFB mixes for the talent and competitors, who are on Dante-enabled wired packs from Studio Technologies, which also feeds to the on-site console for fail-safe production.

Additionally, Riot has also used new REMI audio products, such as Calrec’s RP1 remote production unit, which allows latency-free IFBs to be generated at the remote site and subsequently controlled from a Calrec Artemis mixing console at the L.A. facility.

The way IP plays its part

During finals, which include opening ceremonies featuring live entertainment and musical performances, audio fills a 64-channel MADI stream. “We typically put out eight to 10 audience mics and we have camera mics—the same stuff you would see in traditional sports broadcasting,” says Talavera. 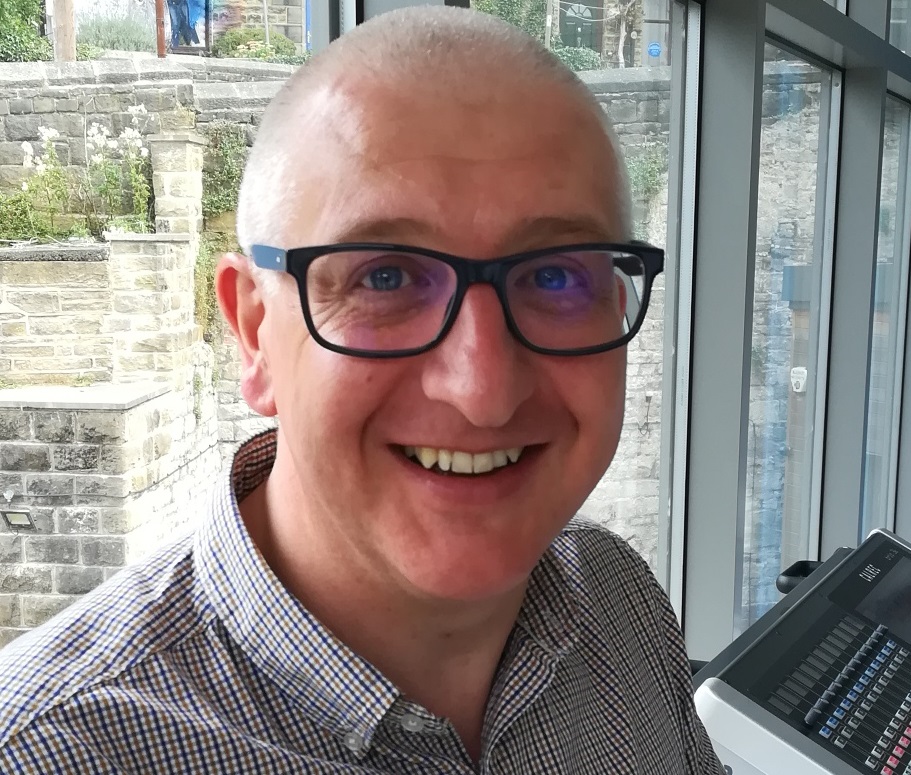 Dave Letson is the VP of Sales at Calrec.

All the while, additional primary and backup MADI streams from the second venue enabled the crew to prep a broadcast before switching over. Today, the L.A. facility utilizes an in-house Riedel system for VoIP communications with the remote locations.

Using MADI in so many arenas proved costly over time, so Riot developed its groundbreaking at-home production infrastructure while simultaneously adopting a Haivision transport that significantly reduces bandwidth requirements.

What once required 8.7Gb using JPG2000 compression over SONET lines has been reduced to 1.3Gb and now handles additional paths and encoders.

“At Worlds in South Korea we did upwards of 40 encoders in under 1.5 gigs. It gives the production way more flexibility,” says Talavera.

During the on-site production portions, audio is sent through a router and into a Nevion multi-format contribution codec, which encapsulates the MADI stream. In L.A., the incoming signals are routed to the Nevion decoders then into the Calrec mixing console.

Video signals are converted to baseband and fed into the switcher. Which, Talavera says, is “no different than having a truck.”

Processing time through the H.264 video encoders takes longer than the audio equivalents, so Talavera and the Riot engineers use the delay capabilities of the Nevion decoders in combination with IP remote production processors to resynchronize sound and picture on a per-channel basis or across an entire stream.

In addition to latency issues, working with IP transports also requires the production to carefully manage firewalls and potential IP address conflicts. When two back-to-back shows are leapfrogging, relevant production components must be on a separate address for each show.

In some cases, Riot uses a 10.22 network, the class A block of IP space reserved for private networks worldwide, but the two productions can’t be tied together over the same address. So, for the second show, paths need to be assigned to different addresses, which can sometimes prove time consuming.

Additionally, though Riot’s network team handles the overall IP plan, the audio engineers are often tasked with managing their own switchovers – until an automated solution is developed, anyway.

Where eSports broadcasting goes from here

Of the 18 or so eSports distribution partners, only the four with the largest audiences can de-embed the multiple stems, ISOs and other sources necessary to build their own shows. Additionally, though surround formats are supported by Twitch and YouTube, events are currently produced in stereo as most partners can only take a two-channel mix.

“They take it off YouTube,” explains Talavera. “It’s crazy, but they do it and it works, and people watch it” on all sorts of devices, including phones which, Talavera adds, requires a change of mindset for any television broadcast pro who dives into eSports.

Read Next: Stay Protected: 5 of the Most Important Cybersecurity Training Tips For Your Employees

It may be that Riot’s production workflows are simply not applicable to traditional broadcast. What the company is doing is new and exciting, and perhaps even a bit unique, for the industry.

While automation and at-home workflows will likely bring about a reduction in production personnel, it should, ultimately, result in a better final product.

For those personnel concerned about the impact of eSports and the broadcast workflows associated with it, Donovan says, “It’s breaking down the walls of traditional sports. You can have more shows, more games. There are more outlets, more eyeballs. So, if you’re willing to learn and grow, that work gets spread around.”