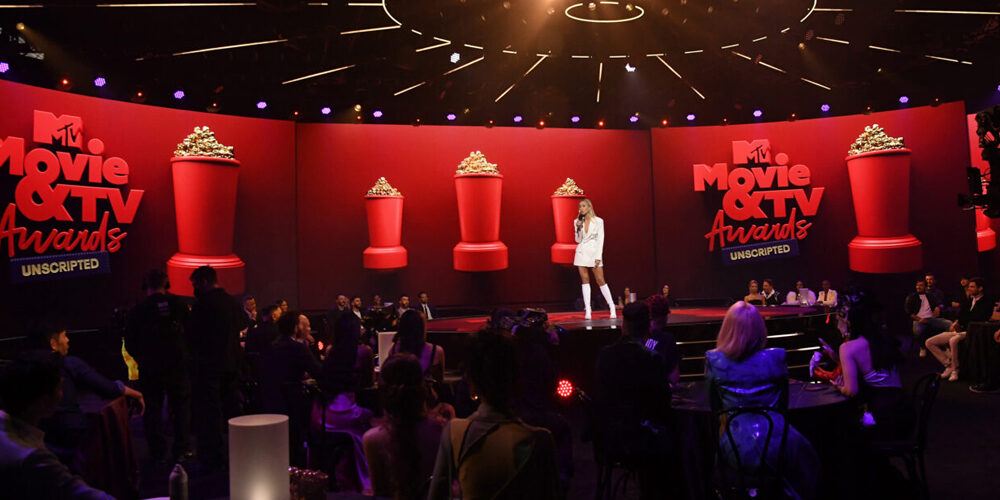 After having no show in 2020, the MTV Movie and TV Awards welcomed a small audience back to the Hollywood Palladium for its 29th edition this past May.

Hosted by comedian Leslie Jones, this year’s show featured an intimate, lounge-style layout, with the stage branching out to a center platform surrounded by the 50-person audience. With Snoop Dogg as the DJ and sole musical act, the show primarily consisted of speeches and film clips, which required a versatile sound system with high dynamic range.

The Tech Decision for MTV

“The Palladium is a challenging venue,” says Kirk Powell, PA Designer and System Tech, ATK Audiotek. “The back wall is a big parabola, so you’ve got to be careful with how you aim things because you can excite that room in ways that you don’t want. The real challenge of that room is the low ceiling, and when you hang a full lighting grid down, the ceiling gets even lower.

“If we got really loud in a room like that, you would hear feedback on the presentation microphones,” he says. “We were trying to keep the volume low and have a nice distributed system for even coverage so everybody could hear everything––the VRX932 is a good box for that.”

Powell and the ATK team installed 22 JBL VRX932LA-1 speakers in single units spaced around the ceiling and circling out from the center, leaving a cone of free space above the center stage section to avoid feedback. Featuring 2408J Annular Ring Diaphragm HF drivers and neodymium magnet Differential Drive woofers, the VRX932LA-1 delivers audio even at the low volumes required for the MTV awards stage.

Additionally, the constant curvature design with a dual-angle pole socket avoid sound reflection and evenly distribute sound to audiences. To provide stereo sound and additional impact for cinematic playback, ATK supplemented the system with JBL VT4886 line array loudspeakers positioned on either side of the main stage.

A Sound System That Rocked for MTV

The result was two successful nights featuring some of the biggest names in movies and TV, including Elizabeth Olsen, RuPaul, Leslie Jones and more. Both presenters and winners made their speeches on the center stage with coherent, consistent and feedback-free audio.

“We made it work the best we could,” says Powell. “Everybody could hear everything, and so it worked out well.”