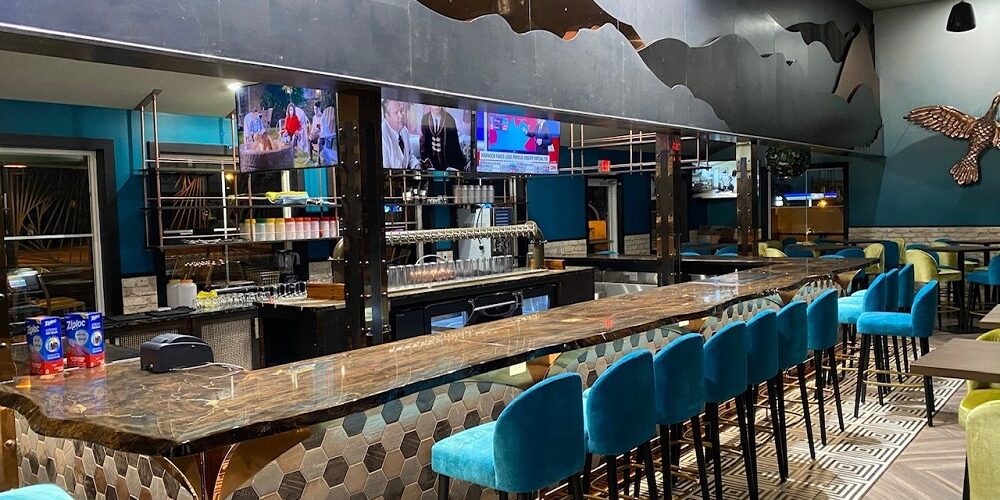 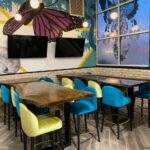 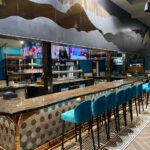 Serving cities across the southern and eastern United States, Mellow Mushroom started in Atlanta, Ga. Known for their stone-baked pizza and mellow environment, this restaurant chain was seeking a new audio system.

Mellow Mushroom was looking to install more than just speakers, they needed a unique to the area audio solution. The management for this location understood how integral environmental music is to the dining experience.

The restaurant didn’t need to have announcements or paging capabilities; they just wanted a well-rounded, consistent musical environment with high-end sound.

Anthony Krysiewicz, the owner of Low Voltage Virginia, had been looking for a company to partner with that met his clients’ needs for affordability and sound quality.

Upon researching, he liked SoundTube’s Dante capabilities and also noticed that most SoundTube speakers have built-in or optional transformers. The speakers can run on 25, 70.7 or 100 volts or low impendence making them compatible with virtually any commercial application.

Prior to installation, Anthony took a full night to do sound readings inside and outside the restaurant. Every angle was considered and tested; this is, perhaps, the most important part of any audio system installation.

For the Mellow Mushroom installation in Lynchburg, Va, Anthony ordered twelve RS600i hanging pendant speakers for the interior dining space. Anthony initially wanted to use these same speakers in the bathrooms, one in the men’s room and one in the women’s room.

After talking to the clients and experiencing the small, echo-prone space, the two parties decided on a different SoundTube product for that space.

In the bathrooms, Anthony used IPD4-CM62-BGM speakers. The IPD4 speakers sit flush with the ceiling and are low-profile gems.

Mellow Mushroom also requested that there be audio playback outside the building, including near the carry-out door. For the outdoor positions, six SM52-EZ speakers were selected.

Channels were set up on the Denon Pro 4 70V amplifier as follows: two channels were used for the main dining space, one was set up for the two bathrooms, and a final channel was used for the exterior of the building. A Rolls RM316 6-input, 3-zone commercial mixer was used to manage the audio.

Mellow Mushroom’s Lynchburg location has many hanging fiberglass decorations, so this contributed some echo and obstacles for the pendant speakers. Luckily, Anthony took measurements and applied his unique knowledge about sound propagation to the space.

As the installation process began, all hanging pendant speakers were hung at the level of the lowest hanging fiberglass piece – this way, the sound waves were sure to clear the whole facility.

Anthony ran into a design challenge when he attempted to install speakers at the bar, a wrap-around piece with a smooth, finished façade. The bar and bar chairs created immense echoing.

However, the RS600i pendants were easily adaptable. By simply moving one row of the speakers four feet closer, Anthony utilized a corner’s acoustics to fill the area with sound.

The exterior speakers, though perfect for the application, proved a challenge as well. Since the Mellow Mushroom management wanted all exterior speakers on the same channel, Anthony had to get creative.

One of the system requirements was that the exterior to-go pickup door be a quieter space that was more conducive to conversation. To solve this problem, Anthony pointed the carry-out door speaker in a different direction; this forced the sound away from the clients, giving the impression that the sound was softer from that speaker.

A network-driven amplifier was used in this installation, selected due to its ability to stream high-quality audio. The amplifier would be able to showcase music at a higher level with true sound.

Anthony also used audio testers to evaluate every speaker at 24 points in the store –he used this information to create a digital settings bank for different kinds of music and atmospheres.

After everything was installed, Anthony warmed up the speakers with a little bit of pop music.

The speakers easily produced and conquered a bass-driven song; everyone who was there working at the time just stopped to listen. The sound filled the rooms extremely well, and the employees were stunned.

On the last day of the project, Anthony recreated environmental noise in the restaurant. This noise was used to generate settings that would effectively cover up the unwanted sound.