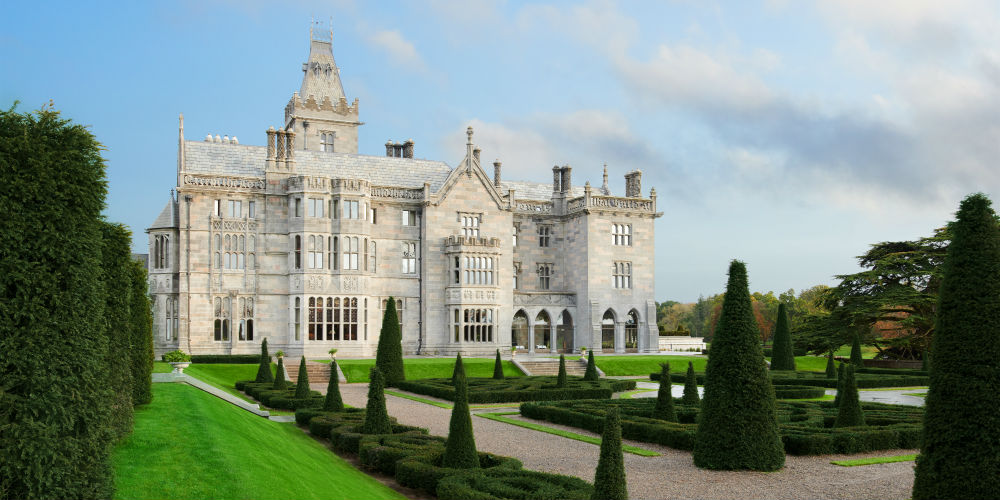 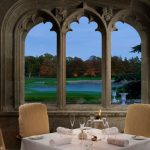 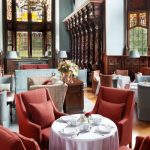 Adare Manor was originally converted into a hotel and golf course in 1987 by Irish-American businessman Thomas Kane, and when it came on the market in 2015, billionaire businessman and Ireland’s most successful racehorse owner JP McManus snapped up the property with a view of transforming it into something really special.

The manor house and other historical landmarks on the site have been lovingly restored and protected, including the complete removal, repair, and replacement of the roof. A whole new wing was added in keeping with the original style, more than doubling the number of guest rooms as well as housing the new suites, ballrooms, and cinema.

Billionaire businessman and Ireland’s most successful racehorse owner JP McManus snapped up Adare Manor with a view of transforming it into something really special. McManus was eager to invest in the local economy of an area so close to his heart, and he had already hosted several pro-am golf tournaments on the estate. The past three years have witnessed a transformation, where the old golf course was leveled and replaced with an 18-hole championship course designed by one of the world’s top golf course designers, along with a new luxury clubhouse and restaurant. This was a gargantuan effort that involved bringing in tens of thousands of tons of sand and almost 700 construction workers.

For the interiors, McManus wanted to recreate the homely but luxurious feel of the original Manor House while simultaneously including all the high-tech features that demanding guests paying top dollar expect. So, he called smart technology specialist Velocity, who had already kitted out his house in the Caribbean and his home in Ireland 10 years ago.

The key was to give guests various ways to control the smart features powered by Control4. A simple rocker switch activates four or five different lighting scenes based on the time of day or year; guests can also shut the curtains using a bedside switch or press a button for “do not disturb,” which disables the room’s doorbell, informs reception not to enter, and lights a red LED outside the room.

There are a few control methods to suit different guest demographics: an easy-to-use app specially created by Velocity, a Samsung Galaxy tablet placed in their room, or the room’s smart, networked TV (IPTV) via the remote control.

A Control4 Pakedge network ensures there’s excellent WiFi coverage across the hotel and estate. Guests can stream content from their own mobile devices wirelessly to the IPTV in their room, or, indeed, vice-versa—stream what’s showing on IPTV to their mobile device and watch it elsewhere on the site, perhaps while having a drink on the terrace or a stroll round the gardens. Alternatively, they might prefer to book the cinema, where an individual touch screen gives them full control of the space so they can watch a movie of their choice, some live horse racing, or a golf championship. 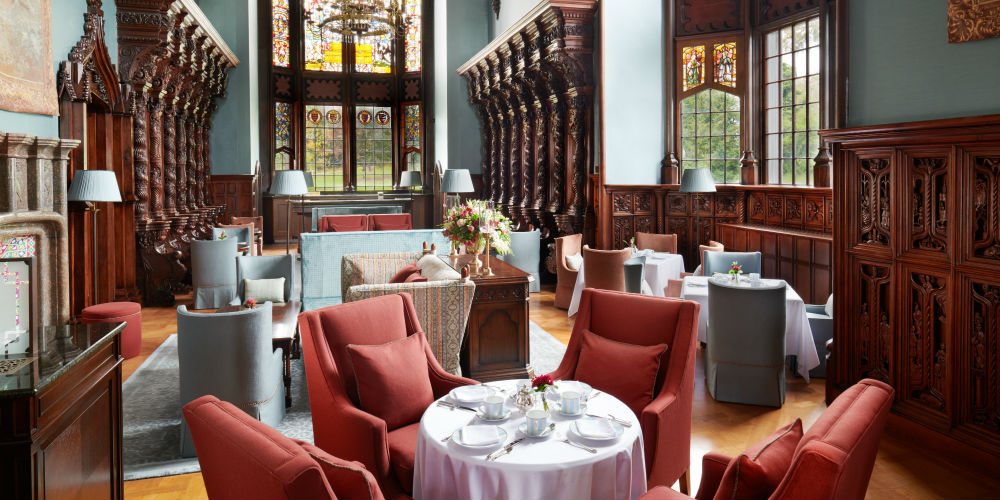 Technology doesn’t stop at the guest rooms, however. The resort has around 350 staff, and Control4 technology is also helping them be more productive and attentive to the needs of guests by automating all the lighting and music across the hotel and golf club. The lights transition into an evening scene when sunset approaches, each room tweaked to provide the right ambiance throughout the day. There’s also a dashboard that hotel management uses to see room data to manage the temperature or create a maintenance schedule.

Control4 automation for the music, lighting, and temperature is hidden across the estate and the guestrooms, to allow guests to customize their room to their liking, as well as set a digital “do not disturb.” The ambiance of the estate shifts based on the time of day and season, with lighting scenes created by professional lighting designers. As the sun sets, the East-facing rooms will begin lighting up sooner for the right levels for dinner or a quiet afternoon reading. Staff also use the automation system with data from the room systems for maintenance schedules, and to keep everything operating at the right temperature.

Velocity found the typical guest of Adare Manor was wealthy and over 40, but with varying levels of experience with, and expectations of, new technology — everyone from tech-savvy golfing businessmen to retired couples seeking an escape from the tech-saturated trappings of modernity. That meant the technology had to be highly functional, but at the same time completely unobtrusive and extremely easy-to-use.

The key was to give guests various ways to control the smart features powered by Control4, without seeing any of it. There’s a simple rocker switch with four or five different lighting scenes based on the time of day or year, all pre-programmed by professional lighting designers. And guests can also shut the curtains using a bedside switch or press a button for “do not disturb,” which disables the room’s doorbell, informs reception not to enter, and lights a red LED outside the room.

At the time of this writing, the refurbished resort had only been fully open for a week, but Taylor says early guests have been effusive. “Everyone so far has been very impressed and we’ve also had great feedback from the hotel managers and staff we’ve spoken to,” says Velocity Co-Director Ben Taylor.

Adare Manor’s chief executive Colm Hannon told the media in 2017 that the development is set to give a welcome financial fillip to the region. “It is estimated the resort will contribute in excess of €15 million to the local economy, and we anticipate welcoming over 60,000 visitors to the manor every year,” Hannon says, adding: “The new facilities position this hotel and golf course as one of the very best in Europe and, indeed, the world.”