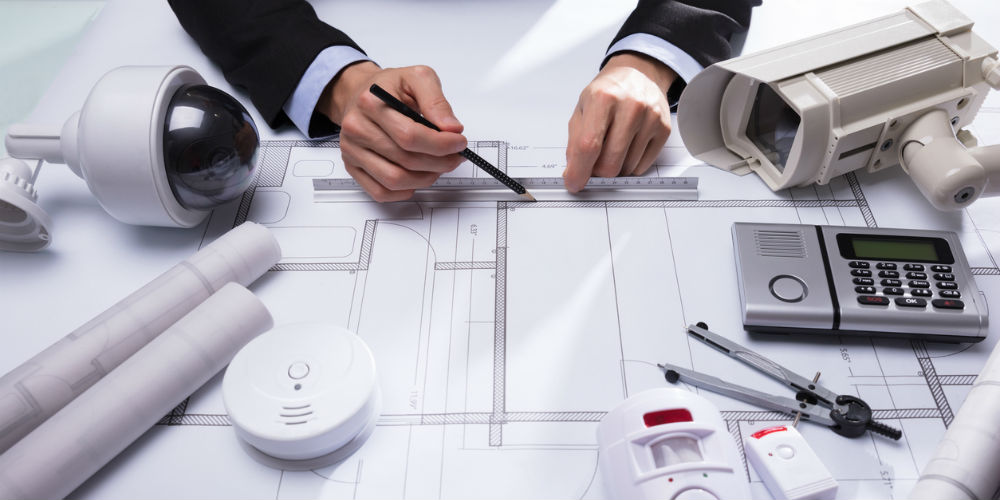 You are a company executive and the day you have been waiting for has finally arrived. You have been requesting this for years from your senior management team. Finally, the green light has been given to go ahead with the installation of a company wide video surveillance system. Now the learning curve begins. What is the best Closed Circuit Television (CCTV) system for your company? What technology is available today? What do I need to know to make a sound decision, or at the minimum, carry on an intelligent discussion with potential sales people or consultants?

As with any project, good planning is crucial. The first place to start with your system planning is to answer some important questions; Who, what, when, why, and where do I want my video surveillance system to observe and record? While these questions sound very basic and fundamental, if not answered correctly they can lead to frustration and added expense down the road.

Video systems have often been referred to as “The Silent Witness,” and for good reason. When a crime happens it is often hard to dispute what a video camera saw and recorded. When asking the “Why” question about your future video system one of key end-game reasons should be good video evidence that can be submitted in a court of law. Most video recording components today have some sort of encryption and/or watermarking to ensure original recorded material is intact. Make sure that all of your video systems operators know how to properly export video if requested by law enforcement for evidence. If law enforcement, when investigating a crime, cannot immediately receive acceptable recorded video evidence they often have the right to confiscate your entire video control/recording system. This important and expensive part of your video system could be held until a later court date.

The next important question is “What” do you want to observe in your system. One of the biggest, and often most common, disappointments of a poorly planned video system are pixelated images. The scenario might be a camera designed to look at parking lot traffic. Video images are needed of the license plate of a recorded vehicle for legal evidence. When the images of the vehicle are enlarged in order to read the license number only a distorted unrecognizable pixelated image appears. Better planning on camera location and image resolution could have solved this expected scenario.

One of the most requested objects for a video system to identify is the human face. “What” are you interested in seeing and recording? Some industry standards suggest a person’s head occupy 400% of the monitoring screen’s height to inspect a face or a person’s standing height occupy 100% of monitoring screen’s height to identify the person’s face. To recognize a face would be a person’s image occupying 50% of the screen, to detect an intrusion would be 10%, and for crowd control and license plate recognition it would be only 5%.

The next question would be “Who” do I want to observe and record? If it is the public, then you may want to use the cameras as a deterrent. Cameras should be positioned at the best vantage point and height for identification results. Make sure you have good signage warning that the premises is under surveillance. There is always the temptation to include audio with the video. In many locations this is not allowed. Make sure
to check with local and federal laws. If it is to observe employees, will some of the cameras be covert? Don’t forget to check with trade unions and other privacy laws.

Will there be a 24/7 on-location guard/operators watching the video monitors? Don’t forget to budget for this. Plan your video security desk. Physical viewing distances for a CCTV monitor will vary from around 1 meter for a 20” screen up to 2.75 meters for a 70” wide screen monitor. A good option for viewing many monitors at one time is the use of a LED projector to project many monitors on a large wall. Another big mistake is having too many live monitors for one guard to watch at any given time. A good estimate is not to exceed 4 to 5 monitors per operator.

On any decent sized system there will easily be more cameras than monitors. Sequential switchers can be used to systematically switch the view of many cameras to one monitor. Cameras that have low activity areas or only need to come up when a doorbell is pushed can be optioned via the switchers to come up on the monitor only when motion or alarm point is activated. This can substantially reduce the number of monitors to be observed.

Now the big question – “Where” will the cameras be located and how many? One of the biggest mistakes in new systems is not having enough cameras located throughout your facility. Also at what vantage point do you want them mounted? Placing them up high will cover a larger area, but can you identify a person’s face walking out the door? I always like to suggest the addition of one extra camera per area be added for better coverage. Due to the newer high resolution/definition cameras one can often cover a larger area with fewer cameras and digitally zoom in to identify. Multiple lens camera with associated software can now offer field of view (FOV) of greater than 180 degrees, and up to 360 degrees.

Since cameras are located at the outer most part of a surveillance system this is often referred to as “Edge” technology. The more that can be electronically processed in the camera itself, the less video data that needs to be transferred back and forth on the systems cabling. This might include video analytics, multiple lenses or even event recording. Cameras that now have multiple lenses are sometimes referred to as “distributed imaging”. One such popular camera is called the Scallop camera from Scallop Imaging which has seven megapixel resolution and five lenses. The five images are automatically stitched together in the camera and provides up to a 200 degree panoramic field of view. It is often the responsibility of the pan-tilt-zoom (PTZ) of the video management system to move around in the panoramic images giving the same viewing control as a more traditional physical PTZ camera. In this case there are no moving parts to malfunction.

Let There Be Light

Another important item to consider when selecting cameras is lighting. This would be not only the light sensitivity of the camera but the anticipated illumination levels of the area the cameras will be viewing. Does the camera automatically switch from day to night illumination scenes? Is the night vision color or black and white? When locating cameras always try to locate the camera so that expected images are not silhouetted by sunlight. A good example would be trying to view a person entering a store while outside sunlight is at their back. If such a configuration is unavoidable there are cameras with very impressive automatic light control (ALC) electronics to help.

The use of the blue white-light emitting diode (LED) for background lighting is gaining in popularity as prices fall. In fact, the three scientists that invented this type of LED received the 2014 Nobel Prize in Physics for their breakthrough. The CCTV community is very excited about this type of lighting as it provides many of the characteristics of sunlight.

One exciting new type of CCTV illuminator has recently emerged on the market. It is the VARIO IP addressable illuminator from Raytec. These devices are available in both Infra-Red and White-Light LED. They provide dedicated IP lighting for network cameras, allowing for remote set up, commissioning, operation and maintenance of your lighting scheme.

Another important aspect of the CCTV system is the cabling between devices. In the past the traditional cable was the coaxial cable. However, with the explosive use of Internet protocol (IP) digital cameras, control, and recording equipment most new systems are now using category or CAT cabling. Just remember that you are basically setting up a computer network when installing devices on CATagory cabling such as CAT 5 through CAT 7a. Basically the higher the CAT number the higher the bandwidth. Always try to meet or exceed the CAT cable level that is specified by the devices you are installing. Try to use the highest level your budget allows so as to plan the support of future devices. Networked devices are typically limited to runs of 100 m (330 ft.) between devices. Special termination devices called baluns can extend high definition video over category cable with runs to over 1,000 feet. Avoid running cable close or in parallel to other electrically noisy devices or cables. An example would be directly across florescent light fixtures or parallel in the same conduit to electrical control cables.

The best cabling for CCTV systems is glass fiber. It is immune to electrical magnetic interference (EMI) and lightning surges. This makes it almost a must for outside installs such as lightning prone poles in park- ing lots. However, you cannot run power over fiber cable as you can with many devices that can now be powered by Power over Ethernet (PoE). Plan your electrical power distribution and power supplies carefully.

If you are upgrading an existing CCTV system to supply digital network camera over the existing coaxial cable infrastructure, you may want to look at the use of an analog to digital conversion system such as HD-SDI. One popular HD-SDI system is the HD-Coaxinator from SecurityTronix. The manufacture claims this will work on coaxial cable runs up to 1650 feet.

Below are some valuable resources and standards to help in a better understanding and deciding which CCTV technology is best for your particular application.

This article was updated, originally published in 2016.