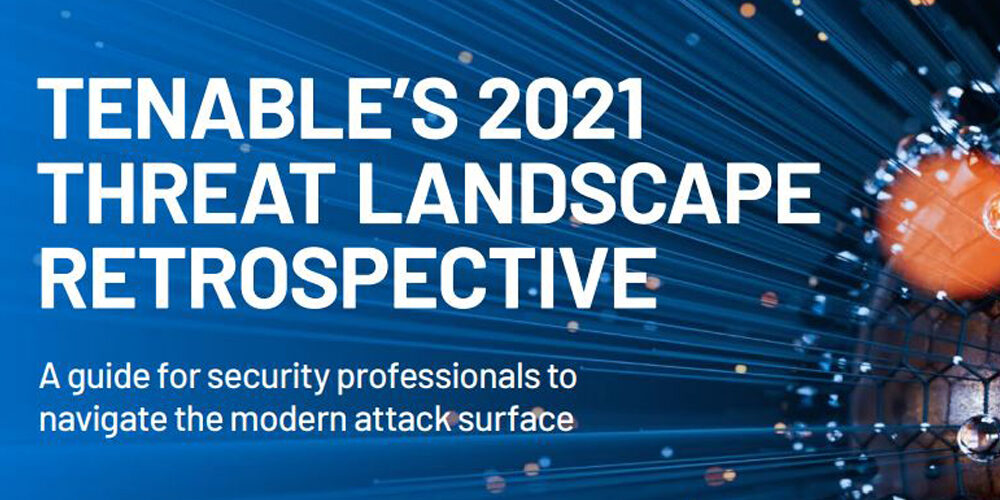 Tenable’s 2021 Threat landscape retrospective report looks back at year unlike any other. Dozens of groups, like REvil, Conti, DarkSide and more, dominated the headlines and continued to wreak havoc across a wide range of industries.

Data Breaches on the rise

Once clear trend from the report is that data breaches will continue to increase. Over 2.5 times as many breaches were reported in 2021 than in 2020.

Additionally, there was a 55% increase in the number of records exposed, despite 87% of the disclosures analyzed not providing any information on how many records were exposed. Over 260 terabytes were stolen because of these data breaches.

Approximately 38% of all breaches the researchers analyzed were the result of a ransomware attack, up from 35% in 2020, according to the report.

Ransomware attacks increased in both volume and sophistication, according to the research. Ransomware groups leveraged zero-days and legacy vulnerabilities alike to target sensitive sectors like healthcare, education and the physical supply chain.

The report noted ransomware was the root cause for more than half of the 1,825 breaches analyzed. Affiliates are the engine driving most ransomware attacks today. They are the ones responsible for finding their way into targeted networks. While ransomware groups may come and go, the affiliates have no allegiance to one ransomware group, often partnering with several, according to the report.

A majority (83%+) of zero-day vulnerabilities that were disclosed in 2021 were exploited in attacks. Web browser zero-days accounted for nearly a third of all disclosed, according to the report.

In 2021, 105 zero-day vulnerabilities were disclosed across a variety of popular software applications.

And let’s not forget about Log4Shell. Attackers were exploiting that as early as December 1, more than a week before it became a publicly known zero-day.