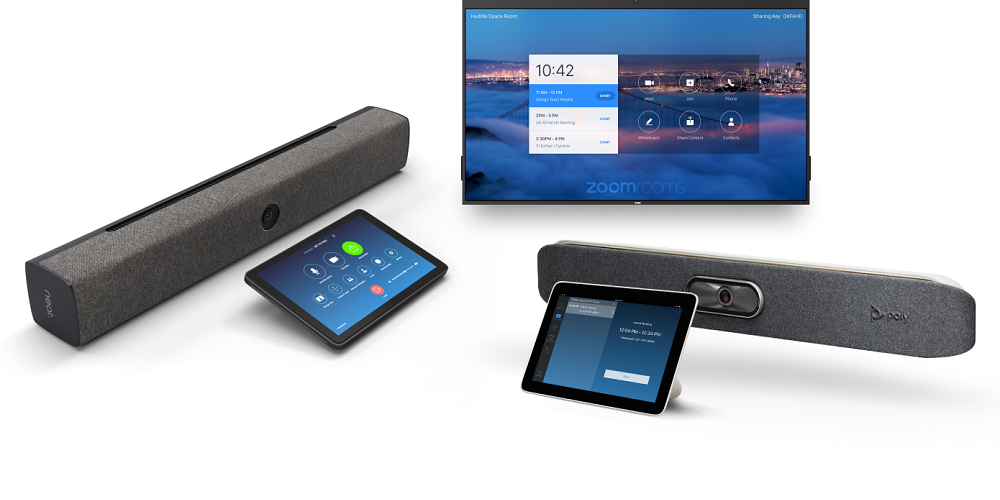 Due to the coronavirus, the world is as remote as its ever been in the 21st century, making videoconferencing and collaboration tools an essential business tool.

Zoom has risen to market dominance during the COVID-19 crisis because it’s relatively easy to use and quick to deploy thanks to a simple user interface, features and flexibility that that other providers are just now catching up with.

As remote workers begin to reenter the physical office, that demand for videoconferencing won’t go away since many of those workers will remain working from their home offices. However, Zoom Rooms deployments can be prohibitively expensive and complicated.

Zoom is aiming to address that need with its Hardware-as-a-Service offering, says Jeff Smith, head of Zoom Rooms for the San Jose-based company, in an interview with My TechDecisions.

“Our goal is to really make Zoom Rooms and Zoom Phone more accessible than it has ever been,” Smith said. “We try to minimize the friction around hardware procurement.”

The program gives customers the ability to deploy Zoom Rooms hardware through partnerships with manufacturers like Neat, Poly, DTEN and others at a monthly price. Managed support through Zoom with the ability to add professional and manages services for installation and management are also available.

“Deploying capital is one of those barriers that customers are facing in deploying hardware,” Smith says. “A subscription service allows them to go faster.”

The program is geared toward the small-to-medium-sized businesses that don’t quite need the expertise of an AV integrator and can largely do the installs in house. Those customers also don’t have the capital that larger enterprises deploy when working with AV integrators to build their more complex conference rooms.

“From a coverage perspective, when I look at our portfolio for hardware as a service, it’s focused on those standard deployments, so your small medium spaces — the cookie cutter style where I can deploy a number that are very similar,” Smith said.

“The pro AV space is really tailored toward those bespoke deployments that are in rooms where there’s no appliance for it – there’s no tailor-made hardware for that particular space.”

According to Smith, Zoom has actually seen interest across a broad spectrum of customers, although the bulk are made up of smaller companies.

I think we’ve seen interest across the, across the spectrum of customers of both from that medium or commercial enterprise all you know, all the way up to large enterprise.

“it’s for different reasons,” Smith says. “It’s, ‘I want a subscription on everything.’ ‘I don’t want to budget for it.’ ‘It’s easier for this department to budget for an operational expense versus a capital expense.’ It’s for a variety of reasons.”

According to Smith, Zoom, Neat, Poly and DTEN introduced Zoom Rooms appliances at the end of 2019 to create an integrated experience that formed the foundation of the hardware-as-a-service offering.

“So the next thing was offering that as a subscription for direct for purchase from Zoom,” Smith said. “Now we’re taking all those products that we developed together and making them available as a service.”

Rather than just a financing program, Zoom wants to create an end-to-end experience and become kind of a managed service provider for videoconferencing users.

According to Smith, the program will include all of the touch points for the customer in once place. That services continues all the way from procurement of hardware and licenses to support management.

The program is designed to remove the pain points along the lifecycle of procuring, installing and using conference room equipment, Smith says.

“If they have any trouble with the hardware and it needs replacement, the interact with Zoom,” Smith says. “They don’t have to go back to their hardware manufacturer or a third party to initiate the project.”

Zoom isn’t the only conferencing app to partner with a manufacturer on a bundled package. Cisco’s Webex, GoToMeeting, BlueJeans and others offer similar packages.

Since customers typically interact with Zoom and other platforms via that hardware, these programs are a natural evolution.

“Our perspective is that that end customer experience is largely dependent on the hardware interface that they have to the service,” Smith says. “The partnering becomes more natural.”