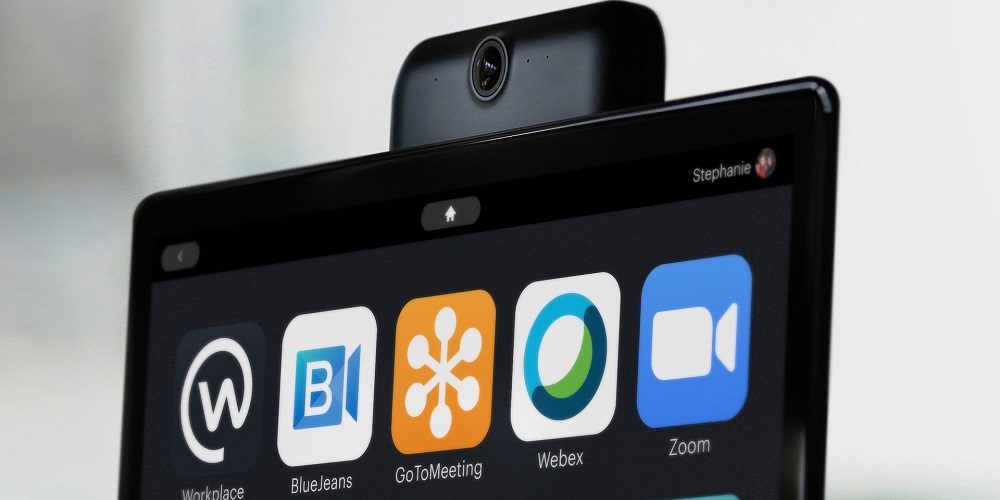 Those videoconferencing providers are Zoom, BlueJeans, GoToMeeting and Webex, the company said in a news release. Those apps will be available on Portal next month.

“Whether you’re meeting one-on-one with a colleague or joining up to 1,000 participants,* Portal helps you get more out of your meetings,” the company said in the news release. “With Portal as a dedicated screen for your video calls, it’s easier to be present with your co-workers, and you’re freed up to take notes or access more information on your computer.”

Read Next: Zoom’s Hardware Plan Grows with Zoom for Home

For Facebook, this is a larger play to meet the demand of remote work technology. It comes after Facebook in May bolstered its enterprise collaboration tool Workplace by adding video chat, live captions, live broadcasting, and other new features. The company said then that its user base exceeds 5 million, and new paying customers include Petco, Virgin Australia, Smartsheet, Sephora and others.

That was the same technology that Facebook used for Messenger Rooms, it’s consumer-oriented video app. The company adapted it to the enterprise market to enter the fray alongside video leaders like Zoom, Teams, GoToMeeting, Webex, BlueJeans and others.

On Wednesday, the company also added virtual backgrounds to help eliminate distractions, the ability to log into Workplace from Portal rather than logging into Portal with Facebook or WhatsApp, whiteboarding via BlueJeans and Zoom, one-touch join and other features.