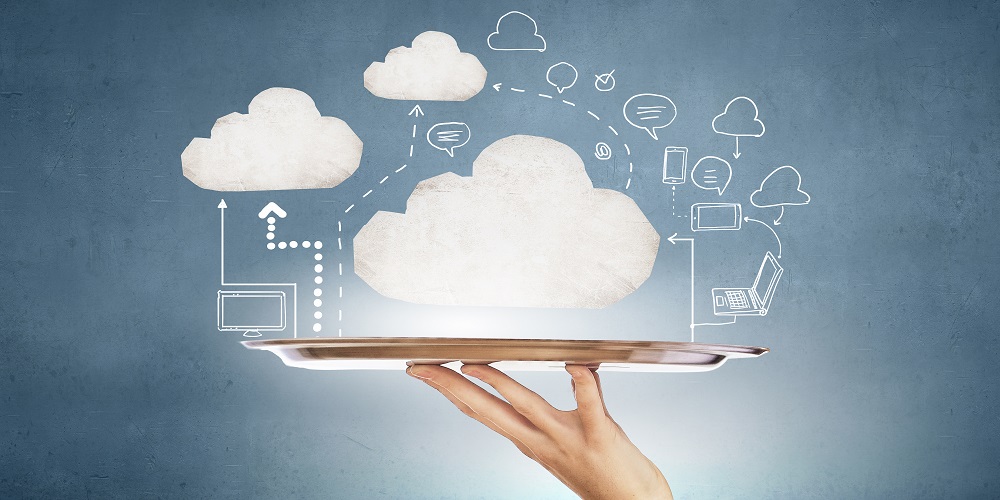 Software as a Service (SaaS), Platform as a Service (PaaS), and Infrastructure as a Service (IaaS) are the three essential models of cloud services. Each has its own benefits, and it’s good to understand why providers offer these different models and what implications they have for the market.

While SaaS, PaaS, and IaaS are different, they are not competitive. In fact, most software-focused companies use some form of all three. So, let’s consider these main categories, and because I like to understand things by company name, I’ll include a few of the more common SaaS, PaaS, and IaaS providers in market today.

SaaS: Software as a Service

Software as a Service, also known as cloud application services, represents the most commonly utilized option for businesses in the cloud market. SaaS utilizes the internet to deliver applications, which are managed by a third-party vendor, to its users.

Many SaaS applications are run directly through the web browser, and do not require any downloads or installations on the client side.

PaaS: Platform as a Service

Cloud platform services, or Platform as a Service (PaaS), provide cloud components to certain software while being used mainly for applications. PaaS delivers a framework for developers that they can build upon and use to create customized applications.

All servers, storage, and networking can be managed by the enterprise or a third-party provider while the developers can maintain management of the applications.

IaaS: Infrastructure as a Service

Cloud infrastructure services, known as Infrastructure as a Service (IaaS), are made of highly scalable and automated compute resources.

IaaS is fully self-service for accessing and monitoring things like compute, storage, networking, and other infrastructure related services, and it allows businesses to purchase resources on-demand and as-needed instead of having to buy hardware outright.

SaaS vs. PaaS vs. IaaS

SaaS, PaaS and IaaS are all under the umbrella of cloud computing (building, creating, and storing data over the cloud). Think about them in terms of out-of-the-box functionality and building from the bottom up. 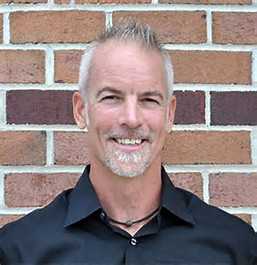 Jay Chapel is CEO of ParkMyCloud.

IaaS helps build the infrastructure of a cloud-based technology. PaaS helps developers build custom apps via an API that can be delivered over the cloud. And SaaS is cloud-based software companies can sell and use.

Think of IaaS as the foundation of building a cloud-based service — whether that’s content, software, or the website to sell a physical product, PaaS as the platform on which developers can build apps without having to host them, and SaaS as the software you can buy or sell to help enterprises (or others) get stuff done.

SaaS, PaaS, IaaS Market Share Breakdown The SaaS market is by far the largest market, according to a Gartner study that reported that enterprises spent $182B+ on cloud services, with SaaS services making up 43% of that spend. 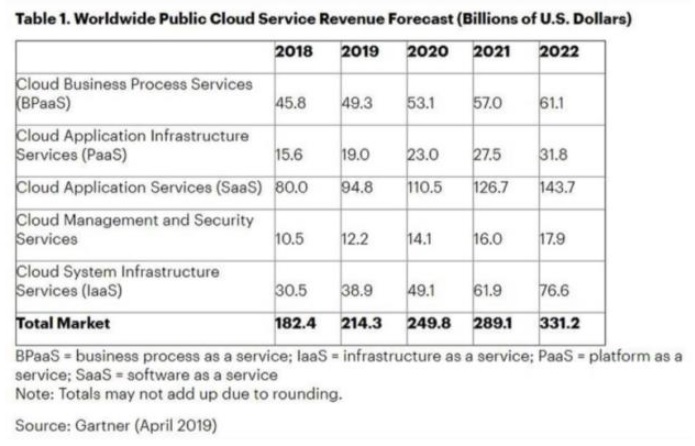 While SaaS is currently the largest cloud service in terms of spend, IaaS is currently projected to be the fastest growing market with a CAGR of 20% plus over the next 3 to 4 years. This bodes very well for the “big three” providers, AWS, Azure and GCP. 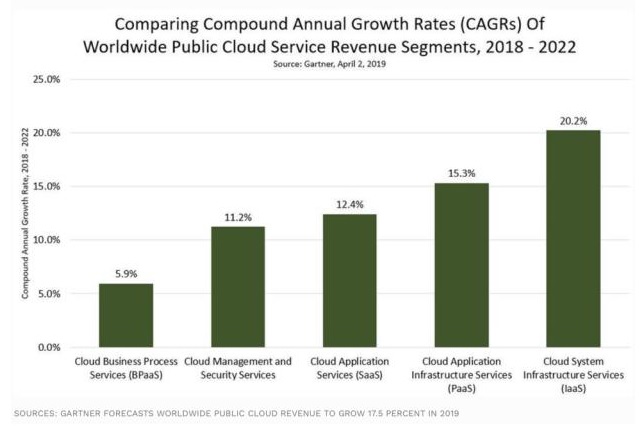 Where Is The Cloud Services Market Going?

What’s interesting is that many pundits argue that PaaS is the future, along with FaaS, DaaS and every other X-as-a-service. However, the data shows otherwise. As evidenced by the reports from Gartner above, IaaS has a larger market share and is growing the fastest.

This is because IaaS offers all the important benefits of using the cloud such as scalability, flexibility, location independence and potentially lower costs.

In comparison with PaaS and SaaS, the biggest strength of IaaS is the flexibility and customization it offers. The leading cloud computing vendors offer a wide range of different infrastructure options, allowing customers to pick the performance characteristics that most closely match their needs.

Read Next: ‘Essentials As a Service,’ Or Why EaaS Is the Acronym to Look For Going Forward

In addition, IaaS is the least likely of the three cloud delivery models to result in vendor lock-in. With SaaS and PaaS, it can be difficult to migrate to another option or simply stop using a service once it’s baked into your operations.

IaaS also charges customers only for the resources they actually use, which can result in cost reductions if used strategically. While much of the growth is from existing customers, it’s also because more organizations are using IaaS across more functions than either of the other models of cloud services.