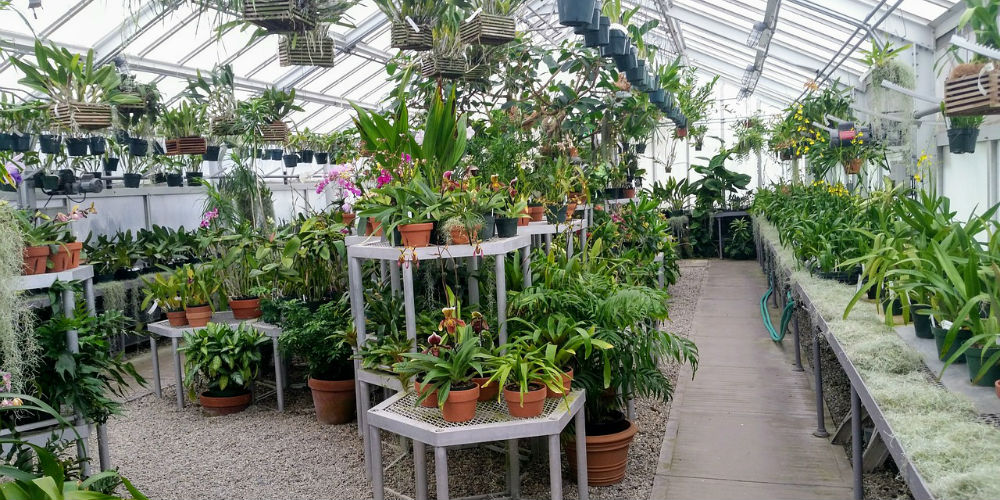 In The Black reports that companies providing a healthier, more sustainable workplace for employees are seeing an increase in morale and productivity. By decreasing absenteeism and illness and encouraging a more energetic energy at work, green offices are boosting revenue helping their workers to be more successful at their desk.

Lendlease, a construction, property, and infrastructure company at the forefront of green office development, fills their offices with clusters of greenery and lots of natural light, which Duncan Young, the company’s head of health and wellbeing, says has made their workplace “the best place for people to work effectively.” The foliage incorporated throughout the office absorbs noise, the higher ceilings allow for a better light flow, and the low amounts of volatile organic compounds (VOC) in their furnishings and finishes reduces the amount of toxins that employees are breathing.

It’s safe to assume that most employees would like to work in a lush, open-concept office with large windows and clean air than a stuffy basement with flickering fluorescent lights and an arrangement of cubicles, but Lendlease isn’t just operating based on preference. Their office design has produced concrete results, with a 16% reduction in absenteeism, 73% of workers reporting that the new workspace allows them to work more productively, and the Leesman Index ranking them in the top 6% globally for workplace design.

The Green Building Council of Australia awards Green Stars to companies like Lendlease that are prioritizing the energy in their workspace by providing their employees with clean air, thermal comfort, and well-designed lighting. Lendlease’s Barangaroo development houses over 80 different businesses during the workweek, and all have received Green Stars. According to Romilly Madew, CEO of GBCA, “Modelling by CitySwitch [sustainability services] shows that a financial services company in a 5000 sq m green-rated space will save A$262,000 a year on reduced absenteeism.”

Australia has been named the most sustainable real estate market in the world for the past seven years by the Global Real Estate Sustainability Benchmark, with 4- and 5-star green building being the norm in major cities like Melbourne and Sydney, but a number of other countries are trying to catch up. Singapore’s Anthony Couse, Asia-Pacific CEO at Jones Lang LaSalle, claims that sustainability and workplace comfort is no longer just a luxury, but a wise business move. “Companies paying attention to employee productivity want the best work spaces,” he says. “They are aware of studies linking sustainable offices to higher employee comfort and engagement,” not to mention the billions of dollars worth of real estate value these buildings are producing. The Singapore Government is looking to move swiftly with green building development, aiming for at least 80% of buildings in the country to be certified green by the Building & Construction Authority.

Toyo Ito, designer of a 40-story building in Singapore called the CapitaGreen, developed the high-rise to be like “a big tree in the city.” It’s name is quite literal, housing 40 stories of meeting rooms and offices whose facades are draped in greenery that’s watered by a built in irrigation system, and topped off with a sculptural petalled wind scoop on the roof that bring in cool air and directs it to the office floors through the air-conditioning system. Capitaland, the owner of this luxurious corporate green space, is jumping into a newer, even bigger green project that will renovated the Golden Shoe Park and turn it into a S$1.82 billion 51-story building with a cycle path, bicycle lots, and a 30-meter oasis between floors.

China is also looking to jump on the green building bandwagon, with a plan that will require 50% of it’s new urban building to be certifiably sustainable. The Glumac Building in Shanghai will be the first in China to apply for Living Building Challenge project certification from the International Living Future Institute, and will have a monitoring system designed specifically so that employees can see the levels of oxygen, humidity, and toxicity in the building’s air, the last of which will be filtered by a large wall of greenery and five purification systems.

These efforts are certainly not in vain. Employers are not just looking for a more luxurious place to type away at their computers. These green buildings are fostering a more productive energy throughout workplaces across the globe, with the  World Green Building Council’s 2013 Business Case for Green Building reporting up to 11 per cent productivity gains from improved ventilation, up to an 18 per cent increase in productivity from access to daylight and openable windows, and up to 23 per cent improved productivity from well-designed lighting.