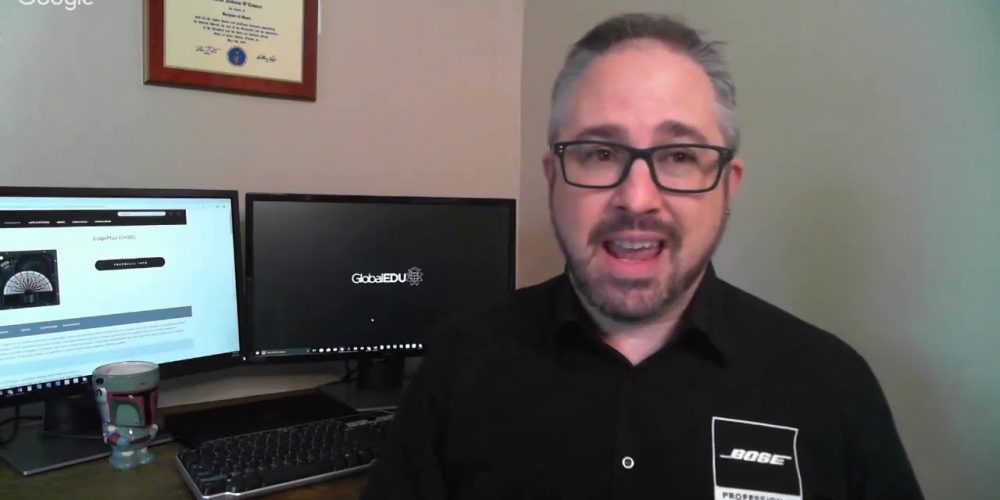 “Honestly if your video goes down in a meeting you can keep going, but if your audio goes down you’re going to have to call back later,” says Justin O’Connor, education specialist and instructor for Bose Professional, Global Training.

Similarly, when it comes to microphones, 35 percent are unlikely to budget properly. Then another 49 percent are only “somewhat likely.”

O’Connor understands why so many technology managers and IT directors choose to over-prioritize visually compelling elements such as video screens versus meeting room audio. “Video displays are big. They are flashy. They’re beautiful,” he says in a Commercial Integrator video interview.

Lighting fixtures. Even the table. “These are things you can actually see, and I think they get a different level of attention,” he says.

Adding to the conundrum is the fact that tech managers tend not to want to see the audio.

In the case of speakers, which are often relegated to the ceiling, they need to compete for ceiling space with a projector, sprinkler heads, some detectors, lighting fixtures, HVAC and whatever else. It’s this very dilemma that played a role in the development of Bose Professional EdgeMax loudspeakers, O’Connor explains.

“EdgeMax is designed to be mounted in the ceiling but specifically at the edge of the room,” he says.

“We have a proprietary phase guide so once you get those speakers at the edge of the room the phase guide actually make sure that they shoot horizontally and down. They don’t spray anything against the wall that they’re up against. It [creates] an even listening plane.”

Nobody is saying it’s easy to be responsible for a meeting room audio budget. It’s natural for tech managers to want to be able to point to value and return on investment.

It’s harder, O’Connor says, to pinpoint audio value. Not every technology manager will understand why the $12 ceiling cans they can find online won’t deliver the return on investment that a higher quality solution will.

That is, until it’s too late.

The original version of this article appeared on sister site Commercial Integrator.