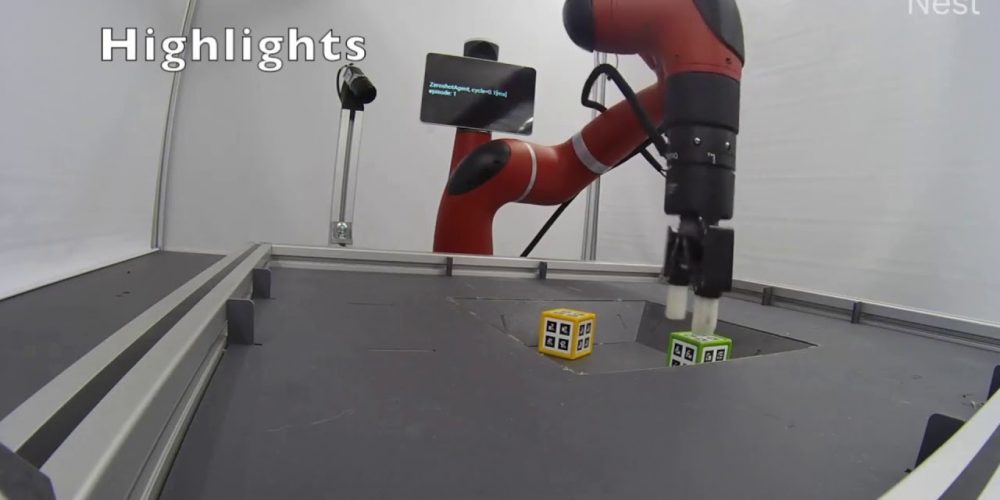 Artificial intelligence researchers are improving the technology every day, including at Google parent company, Alphabet, where researchers have taught a robotic arm to stack blocks using reinforcement learning.

According to Venture Beat, the task has previously thought to be nearly impossible to do using only data.

DeepMind, Alphabet’s artificial intelligence research team, developed a new learning model that is like the work of OpenAI, which recently published a paper on methods of transferring skills from agents in simulation to a real-world robot to solve a Rubik’s cube.

DeepMind said their learning method yielded a clear improvement over domain randomization and other self-supervised adaption techniques, resulting in a cube-stacking success rate of 62% compared to the baseline 12% success rate. The technology could be applied to a wide range of robotic manipulation tasks, DeepMind says.

Do you know anyone that would fail at stacking cubes 38% of the time?

Maybe only if they’ve had a few. While it is impressive that AI researchers can get a robot to do mundane tasks without controlling it is an enormous achievement with reinforcement learning, the field of AI robotics has a long way to go.

In the OpenAI study, its robot, Dactyl, was able to solve a Rubik’s Cube with one robotic hand with what appears to be human-like dexterity.

However, Dactyl need some serious work on its motor skills, as it dropped the cube eight out of 10 times in testing.

“I wouldn’t say it’s total hype—it’s not,” Ken Goldberg, a roboticist at UC Berkeley, told Wired. “But people are going to look at that video and think, ‘My God, next it’s going to be shuffling cards and other things,’ which it isn’t.”