Projectors have been around for a long time. A projector is basically a light source magnified through a lens. Up until the LED display explosion that took place over the past decade, projectors were the only option for big viewing. Generation X will remember filmstrips, overhead projectors with transparencies, and reel to reel players from their days in grade school. How exciting was it when the mobile cart with the 27-inch CRT was pulled into the room? You know the one!

Things have come a long way since then.  WUXGA, 1080p, 4K and laser technology, all have a hand in making projection a great choice. First, though, you need to understand the basics.

The Basics of Projection

It is important to first determine which type of content is going to be presented. Excel spreadsheets may require different resolution than videos or even Powerpoints. Audience size and room size are also very important. Bigger is not always better. Projection screens can actually get too big for a room pretty quickly.

Projectors range in price from a couple hundred dollars to tens of thousands of dollars. Major factors associated with projector cost are lumens (brightness) and resolution. Standard conference rooms or classrooms will be fine with a projector in the 3k to 5k lumen range. In larger venues, such as lecture halls, high lumen projectors will be required. If the room has a high level of ambient light, a brighter projector will perform better.

The type of screen used will also affect the budget. There are countless screen options, including fixed-frame, roll-down manual or roll-down electric, recessed in the ceiling, or mounted on the wall. Screen material is not standard either. Available options are high gain and high contrast. Projectors can be shot on whiteboards, though care must be taken. Regular dry erase whiteboards can create hotspots, and make the image difficult to view.  Projection screens can also be painted directly on the wall, using special screen paint, if so desired.

Basic projectors typically do not live on the network, though they can be on the network in a few situations. Remote monitoring is available on most projectors that have a LAN port. This feature gives the user the ability to monitor diagnostic information, with the most important being the lamp timer. If a projector is being controlled via LAN, it may also reside on the network. In either case, the projector can be assigned a static IP address or it can obtain an IP address dynamically.

Projectors are also prone to vibration. Even a tiny bit of movement of the projector will translate into significant movement of the image. Vibration can be cured using specific mounts, although in some cases the building just shakes and maintenance will be required at times.

Most projectors behave like the televisions, operating with basic remote control functions. Projectors can also be part of a more complex control system – AMX, Crestron, Extron, etc. If this is the case, it may require some end user training.

Where to Put the Projector?

Projectors can be installed in two ways: front projection and rear projection.

In a rear projection setup, the projector shoots on the back of the screen. This type of projection will produce a higher quality image. It will be less susceptible to ambient light, have no shadows, and emit no projector fan noise. However, rear projection does require a control room, which takes up valuable space. They also require more expensive, often more permanent, screens. 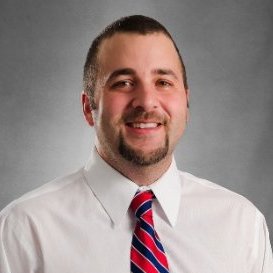 Anthony Ferraro is a Project Manager for Synergy Media Group.

Projectors can be an eyesore, especially in high end corporate boardrooms. In most cases, rear projection is not an option, due to room layout or space limitations.  Believe it or not, projectors can be hidden in the room. Scissor lifts lower the projector out of the ceiling for presentations, and retract back into the ceiling while not in use.  Projectors can also remain completely concealed in the ceiling. Mounts like the Draper Revelation use a combination of angled mirrors to project the image on the screen, all while remaining out of sight.

Does the conference room have a whiteboard that must remain? Let’s install a roll-down projection screen in the room. The whiteboard remains fully functional in the space. Is the 90-inch LCD display too expensive? Let’s install a 110-inch fixed frame screen and projector at half the cost. Are you looking for a high-end, minimalist, clean room? How about a revelation projector mount and a recessed ceiling screen. Is the architect going for an open ceiling industrial look? Custom mounting, with unistrut and some well-placed beam clamps will have to projector looking right at home.