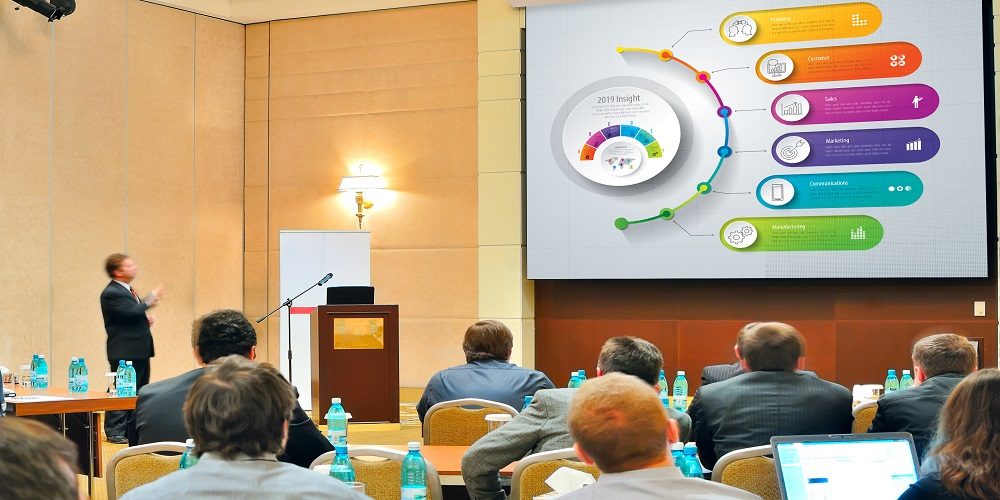 LED Signage display technology is one of the most rapidly evolving areas in the tech world, with historical obstacles (things like cost, ordering complexity, visual performance and user experience) being reduced through design innovations. At the same time, LED Signage is finally getting the attention it deserves for scalability, application diversity and durability.

Over the next three to five years, the combination of technological advances and afford-able solutions is expected to make LED Signage more competitive with video walls using flat-panel displays at all sizes.

According to Allied Market Research, the global out-door LED Signage market should exceed $17 billion by 2027.

Just as LCD and OLED TVs changed the TV game by providing a larger, brighter, better-looking canvas for video programming, LED Signage will transform how companies, venues, governments, schools and private organizations think about their digital messaging and design.

So much is changing in the world of LED Signage technologies that it’s important to stop and recognize how far we’ve come, and what it means for the future.

Until now, cost has always been one of the top deterrents to LED Signage adop-tion.

Today, however, some LED Sign-age displays have actually reached points of price parity, with the initial in-vestment necessary for a mid-range LCD video wall being about the same as the cost of a 1.9mm LED Signage wall of the similar size.

Since the price point is often so close, but the technologies still have different benefits and appearance, it’s becoming more common today for customers evaluating video wall options to ask for quotes on both technologies.

While custom solutions can distinguish a brand or location, integrators should see a big business boost from the launch of packaged LED Signage display solutions.

These packages come with just about everything needed for installation, from LED Signage tiles to mounting brackets and screws, and they eliminate the need for complex steps such as tile-by-tile calibration.

For project needs that can’t be addressed by a packaged solution, integrators are also benefiting from new LED Signage wall configurators that are simpler to use and don’t require technical background.

These new programs are sophisticated enough to include input for various project parameters such as viewing distance, ensuring the right pixel-pitch product is selected at the right size to deliver the expected results.

At the end of the simple configuration process, these new tools can automatically produce the full bill of materials required, which makes requesting and receiving quotes faster and easier.

With the advent of mass-produced sub-1mm pixels, LED Signage can now achieve the same pixel pitch as an 86-inch Full HD display.

With color gamuts now capable of exceeding 100 percent of the sRGB standard, some LED Signage displays are even out-performing LCDs. And LED Signage has a critical contrast advantage over LCD screens.

Deep blacks and good gradation of dark tones is what allows the human eye to see shape or edges, so without good visual contrast, an image loses much of what we experience in the real world and can fail to appear life-like.

Although early LED Signage dis-plays struggled with contrast because the individual pixel lenses were large enough to actually reflect ambient light back at the viewer, today’s much smaller LEDs can exceed LCD black levels thanks to more inherent black space between pixels and the use of smaller dual lenses on the LED itself.

The days of public or commercial LED Signage video walls appearing, connecting and being controlled differently than traditional home or office displays are quickly vanishing.

Due to differences in thickness, bezels and installation processes, general customers were often dismissive of LED Signage displays. New LED Signage walls feature a much slimmer profile, with some product families even meeting ADA regulations that limit wall displays to a 4-inch thickness.

Installation and setup used to be troublesome, too, because the inputs for traditional LED Signage displays didn’t match the standard “jack pack” most users and even integrators are accustomed to seeing on the back of a video display.

Newer models have solved this by including more standard connectivity options, making setup similar to other types of modern displays.

And what about control? Typical installations rely on an equipment rack in a separate room, which can require a technical support person to physically walk to in order to make content changes or troubleshoot.

That’s no longer an issue, at least in LG’s case, as the latest generation of LED Signage products use a standard TV / display remote and have the same user interface and on-screen menus as home and office displays.

Now the LED Signage wall can look, connect and be controlled in the same manner as a standard display, vastly simplifying both installation and use, and speeding user adoption.

Thanks to its modular form factor and variable mounts and power supplies, LED Signage is rapidly evolving into an “any place, any time” display technology, fitting in stadiums, city parks, corporate lobbies, conference rooms, hotels, museums, and more.

LED Signage walls have always been excellent solutions for making large scale images without lines or bezels, and that fact has introduced the promise of widespread LED Signage displays on any surface – and that really means any surface.

What’s more, indoor and weatherproof outdoor models can now achieve brightness of 5,000-plus nits, so no location is off limits, even in direct sunlight. In addition to standard LED Signage walls, there are now specialty and high-visual-performance MicroLED Signage options for commercial cinemas, cruise ships and aggressive outdoor environments.

No matter the size, LED Signage displays also come with the benefit of weighing a lot less and using significantly less energy than comparable LCD walls, lowering the on-site infrastructure and power requirements.

Installing LED Signage is easier as well, because individual LED Signage panels are designed to be pieced together into large seamless LED Signage displays, and some of the latest products have even introduced a tongue and groove rack-and-stack assembly method that eliminates the need to connect any cables between modules.

The robust and reliable nature of LED Signage displays also make them ideal for more unique applications, such as a house of worship that uses the displays for regular services and also wants to relocate them for special events.

For instance, churches could use two ceiling-flown LED Signage displays flanking the stage, and then be able to low-er and combine them into a single display to form the backdrop of a play.

This eliminates the need to rent displays for periodic events and can quickly pay for itself in rental savings.

The advent of notebook-sized LED Signage panels that seamlessly snap together has also introduced the option for truly unique and creative display solutions, such as a dis-play in the shape of a star or a logo.

Early adopters have already used this technology to install single displays that cover an entire lobby wall from floor to ceiling, with imagery flowing around doorways and windows, and even on curved walls thanks to flexible technologies.

For content creators and marketing professionals, the possibilities are endless as they are no longer bound to symmetrical shapes and 16:9 displays.

To put it simply, no other current display technology matches the robustness of LED.

Those are only the core benefits, too, with more specialized enhancements including the ability to be run outdoors and even on cruise ships or beach-front boardwalks where they are continuously exposed to salt water mist.

With the rate of technological innovation catching up to the pace of client needs, all signs point to a future where LED displays, including mini- and micro-LED solutions, will dominate the global digital display marketplace.