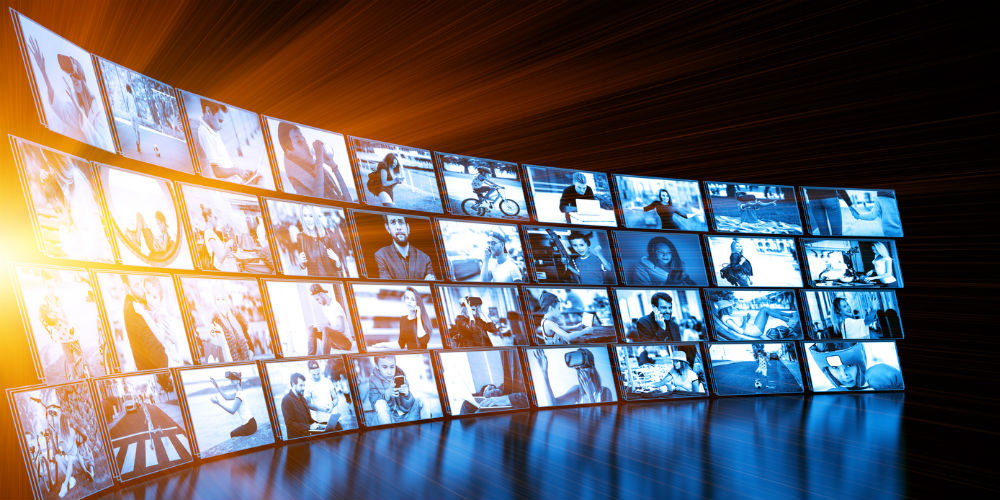 Video walls and digital signage technology may be the most prominent technologies in the AV industry.

Even for those who aren’t aware that integrators exist, video walls and digital signage are everywhere around them. 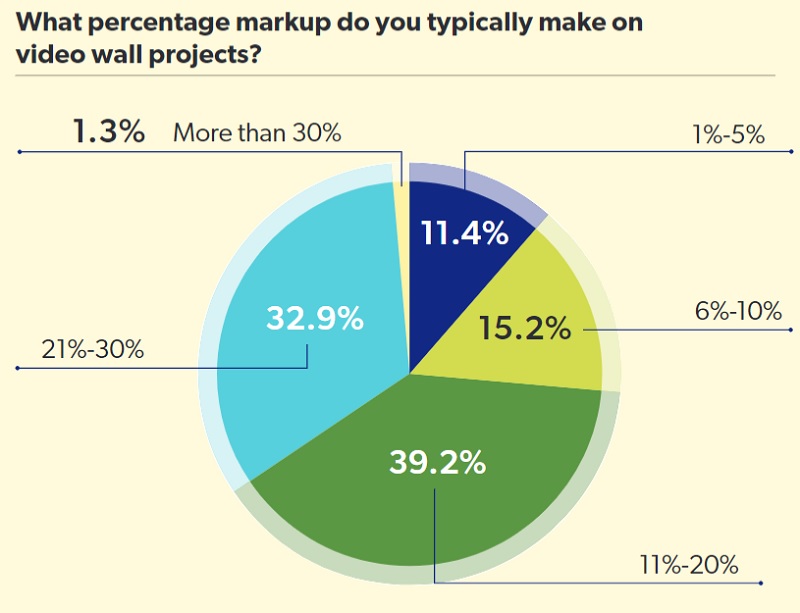 When you speak of the “V” in “AV,” it’s likely that a large video wall is the first thing that comes to mind.

Electricians and architects would be ill-fitted to install these often–complicated designs.

It takes an integration firm with the right experience and training to get these implementations working.

The same can be said for digital signage, especially centrally managed systems that need to push content to multiple displays across a building, multiple buildings, or even disparate locations all over the world.

Our sister site Commercial Integrator decided to survey its integrator audience to learn more about the current state of video wall and digital signage installations in the industry.

Before digging deeper into the numbers, it’s important to note who integration firms are selling video wall and digital signage technology to:

Video Wall Technology by the Numbers

While LCD technology has dominated the video wall market for many years, LED has made a strong push and has begun to take over the top spot when it comes to video walls.

The most obvious benefit of LED is that it offers an experience free of bezels. Integrators are finding that, when given the choice, customers prefer to have no seams on their video walls. LED also offers brightness levels that can fit in environments with ambient light.

The biggest draw, perhaps, is that LED offers flexibility in design that simply cannot be matched by LCD technology. LED video walls can be designed to fit around corners and columns, to be fit onto ceilings and floors, and to be shaped in ways outside of the traditional rectangle customers are used to. 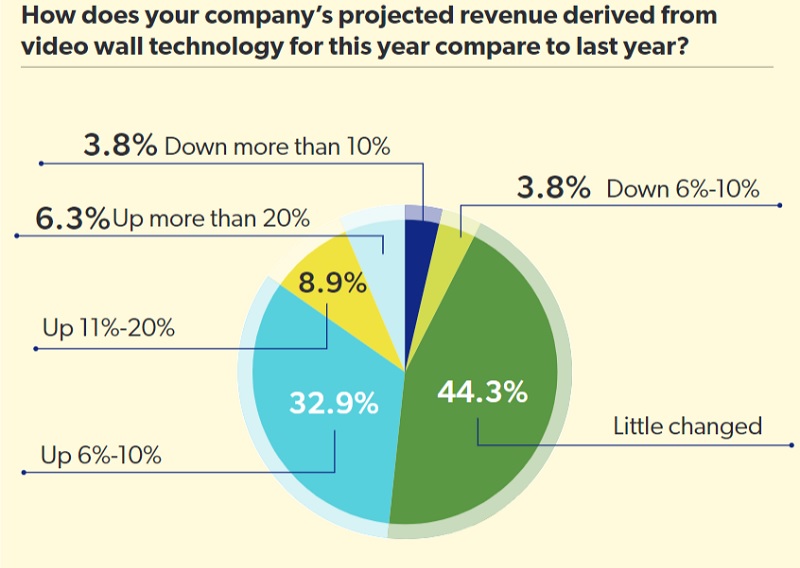 The prevalence of LED technology is reflected in the survey.

Whichever technology is being used, our survey results suggest that the vast majority of video wall systems are going into corporate environments.

79.5% of respondents have implemented video wall technology within the past year.

The market for video walls is a healthy one as well. 48.1% of respondents have a higher projected revenue derived from video wall technology this year compared to last.

About 44.3% say little has changed in terms of revenue, and only 7.6% say that they are down in revenue from video wall technology this year compared to last year.

On average, our respondents have installed 12 video wall projects last year. The markups on these projects are typically more than 10%, with 73.4% of respondents marking up video walls 11% or more.

On average, our respondents only implemented content management systems along with the video wall systems 13% of the time.

The numbers paint the picture of a healthy video wall implementation market. Revenue for this year is expected to exceed revenue from last year on average. The average video wall project is an LED installation done in a corporate environment.

Markup is healthy on these systems, though that makes sense as video wall implementation is typically a more large-scale project. 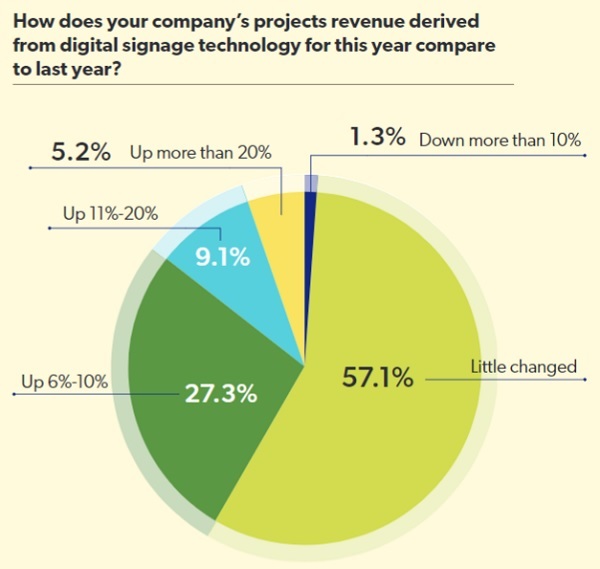 The video wall market is a healthy one, according to our respondents.

Digital Signage by the Numbers

The race between LED and LCD is still tight in the digital signage race, with 48.7% of respondents saying that the most requested digital signage is LED, and 42.3% saying LCD.

When it comes to where these digital signage solutions are implemented, corporate is again the heavy favorite. For digital signage, however, education, healthcare, and retail environments have been more active areas in the past year according to our respondents.

On average, our respondents have integrated 11 digital signage projects in the past year. That could be anything from a single display to more sophisticated, multi-display systems.

Our survey says that 35% of digital signage projects are installed with such a system.

Markup for digital signage projects are pretty similar to those for video wall projects. 70.7% of our respondents are charging a markup of 11% or more.

Digital signage offers more flexibility than a video wall, as the same messaging can span entire office buildings where a video wall lives in a central location.

The markets for video walls and digital signage are both strong, particularly in the corporate space. Revenue is expected to continue to grow.