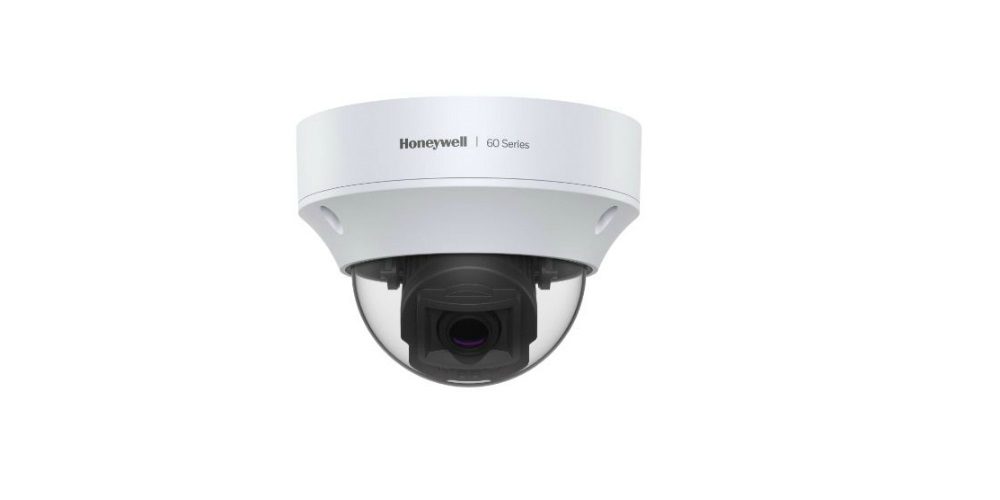 The 60 Series is said to offer greater detail than legacy camera and recorder solutions, and are well suited for users who want fast notification and verification of potential threats and responses. The 5MP video delivers a clearer picture and can be zoomed in from greater distances, allowing for fewer cameras to cover a larger area of view, according to the announcement.

The Honeywell 60 Series IP cameras are designed for use as part of video systems that comply with the John S. McCain National Defense Authorization Act 2019 (NDAA), Section 889. NDAA Section 889 prohibits the U.S. government from procuring video and telecommunication equipment from certain companies and their subsidiaries.

The 60 Series cameras are said to easily integrate with the Honeywell MAXPRO VMS/NVR range and ADPRO iFT/iFT-E IP NVRs, which also do not contain components from any of the companies highlighted in NDAA Section 889.

The announcement states the following benefits and features:

The 60 Series is part of the Honeywell connected security portfolio which can provide customers a complete solution with video, access control, intrusion and integrated security products.

The Honeywell 30 Series eNVRs are designed for use as part of video systems that comply with NDAA Section 889. They are also PCI-DSS compliant and include enhanced cybersecurity with a built-in FIPS chip set.

Users will also benefit from encrypted streaming between 30/60 Series cameras to 30 Series NVR and all the way to Honeywell Video Management Viewer (HVMV) and mobile apps, the announcement states.

The 30 Series eNVR gives users the option to choose between 8 or 16 channels NVRs, with multiple hard drive options and up to 20 TB of internal storage.