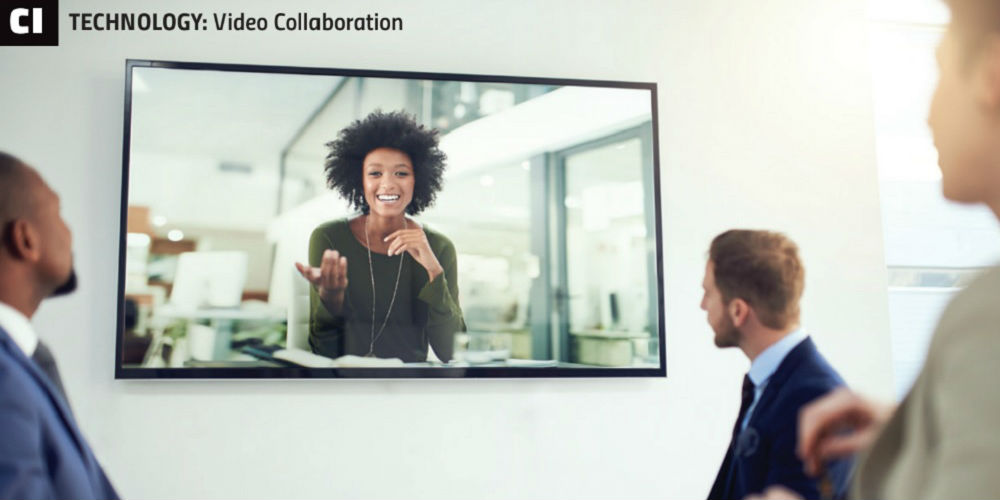 When it comes to video collaboration hardware, Cisco is the favorite brand among those who answered a recent CI survey that was the basis for our deep dive into the topic (see August p.42, “The Market for Video Collaboration”) with Polycom not far behind.

On the software side, Zoom led the way among our survey respondents, followed by Skype and Cisco/WebEx.

The question about favorite video collaboration hardware generated 154 total responses, with users asked to name their top three brands in the category. Here’s a closer look at the numbers behind the results.

Of those responses, Cisco led the way with 23 votes, followed closely by Polycom with 21 votes with a separation from the pack thereafter. Crestron earned the bronze medal with nine votes.

Barco and Vaddio garnered six mentions each, followed by Logitech and Biamp with four apiece. Extron picked up three votes, while ClearOne, Coleder Display, Google, Kramer Electronics and Samsung each had two votes among our survey respondents.

On the video collaboration software side, Zoom picked up 27 votes among 146 responses to pace the field. Skype received 21 mentions to finish a strong second, followed by Cisco with 13 votes, Blue Jeans Network and Polycom with six votes each, and Barco and Microsoft with five apiece.

AirMedia, Biamp, Crestron, Ring Central, Spontania and Videxio all got two votes in the survey. 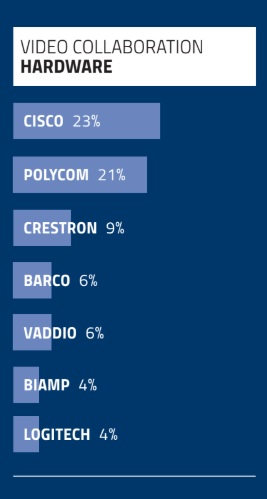