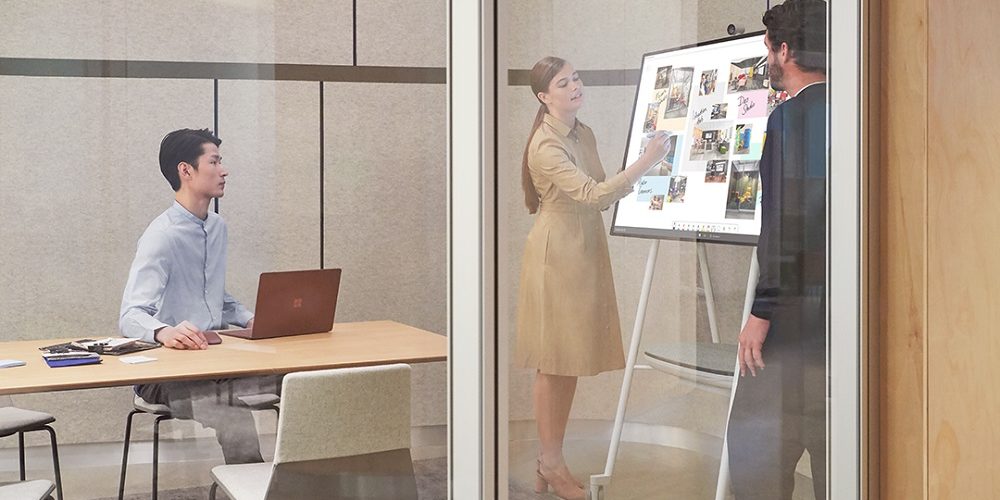 According to documents on Microsoft’s website, the company is introducing a new feature called Coordinated Meetings that allows users to sync one or more Teams Rooms devices and a Surface Hub.

When users join a meeting on one device, other devices in the room will also join the same meeting. Cameras, speakers and microphones can be configured so the ones that give participants the best experience are enabled while others are disabled, according to Microsoft.

That helps eliminate echo and feedback noise that can happen when multiple devices are added to a meeting.

To set up Coordinated Meetings, IT managers need to make sure Teams Rooms devices and Surface Hubs are already configured to participate in meetings. Each devices needs to have its own Exchange room mailbox.

According to TechRadar, Microsoft’s Surface Hub 2S can join Teams meetings by itself, but the device runs its own operating system and wasn’t designed with videoconferencing in mind. That means the Microsoft Teams Rooms app can’t bet set up on the device, and certified audio and video devices can’t be plugged into it.

According to Microsoft, there are five steps to setting up Coordinated Meetings:

Microsoft recommends that Teams Rooms devices be used for audio and video while the Surface Hub be used as a white board.

Read the support document for more information on setting up Coordinated Meetings.