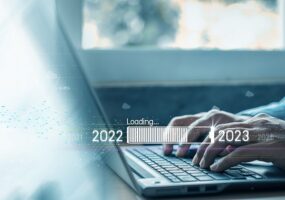 2022 was a very busy year for IT professionals as they grappled with new trends, technologies, tools, workplace models, cyberattacks and more while they helped their organization remain productive and secure. We looked back at our coverage to find common trends in our content to bring you our top 10 stories from this past year.  […] 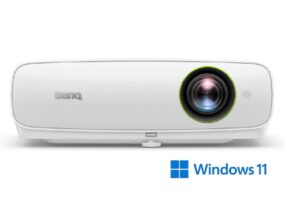 BenQ, the Costa Mesa, Calif.-based provider of visual display solutions, announced it’s latest smart meeting room projector, the EH620. Built on the Windows 11 platform, the projector enables meeting-goers to get started without a laptop or PC. To ensure the projector is no longer merely a device for displaying presentations but rather the room’s central […]

Microsoft is starting to rollout Windows 10 22H2 as well as several additional features for Windows 11 that weren’t included in the launch if the 2022 update. In a blog announcing the release, Microsoft says the update—the only feature update for Windows 10 this year—will have a “limited scope of new features and functionality” that […]

Use These Windows 11 Onboarding, Test Kits To Make Upgrading Easier

In yet another effort to push more users toward Windows 11, Microsoft is releasing two new downloadable onboarding and test kits designed to help organizations plan, deploy, and support a Windows 11 environment as well as labs and evaluation software to help test the new operating system. The new sources from Microsoft include the Windows […]

Ever since Microsoft officially began rolling out Windows 11 last year, upgrading to the Redmond, Wash. IT giant’s newest operating system has become one of the biggest items on any IT pro’s lists. With restrictive hardware requirements, some organizations will be forced to purchase new endpoint devices for their users or upgrade specific components in […]

How Microsoft Rolled Out Windows 11 to its Own Employees

Microsoft made waves last year when it introduced Windows 11, and many organizations are well down the road of upgrading their endpoint devices to Redmond, Wash. IT giant’s next generation operating system. There are several things to know about upgrading to Windows 11, including strict hardware requirements that may prohibit users from enjoying Microsoft’s newest […]