In the wake of the net neutrality repeal, attorneys general from around the country are taking legal actions in order to restore the former rules of net neutrality. 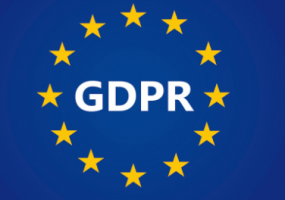 What Every Company Needs To Know About GDPR

Even though GDPR is being instituted by European Union countries, all companies conducting business there are affected, and could lose millions if compliance isn’t followed.

Colorado’s Fort Collins voted to move ahead with a new network after last year’s net neutrality reversal. The public network will be run by the city.

Industry experts like The Washington Post predict that internet consumers will be bringing the FCC to court over the net neutrality repeal – here’s how decision makers can help themselves no matter which way the courts rule.

In mid-December the FCC voted to repeal net neutrality rules put in place in 2015. Here is how the new classifications will affect your AV equipment in meeting rooms.

Can Elon Musk offer High-Speed Internet from Space? With 4,425 SpaceX Satellites He Can

SpaceX founder Elon Musk announced that it will launch 4,425 satellites into space starting in 2019 in order to boost high-speed internet needs on Earth.

The controversial vote on net neutrality rules is rumored to be taking place December 14, and could rid the listing of the internet as a public utility.