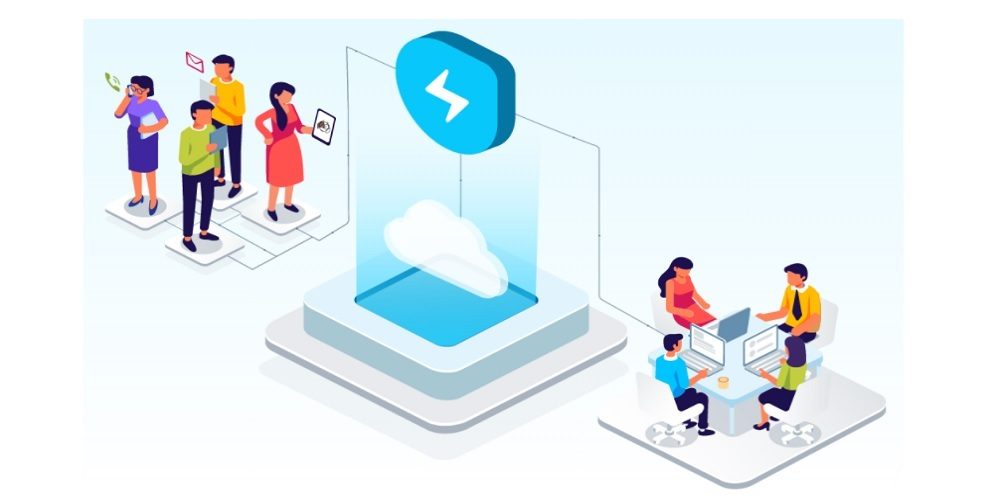 Vice Media Group LLC is an American digital media and broadcasting company with media properties and firms in over 30 countries. As their global news sites expanded, so did the number of pain points.

To eliminate IT silos, Vice Media has aligned 80% of the organization and plans to go all-in on one IT support platform. They can now efficiently handle 80% of the routine tasks and easily scale up their IT operations.

Vice Media has offices worldwide with its main hubs in New York, Los Angeles, and London.

The global IT team handles the entire business infrastructure for Vice Media from service requests for desk phones, printers, computer laptops, to user access and accounts; anything required to run a business from a technology standpoint.

Over the past several years, as Vice Media expanded rapidly into more remote locations, its global technology footprint was relegated to an afterthought.

“As we expanded, there wasn’t a consolidated global administration of the company’s technology needs,” says Jansen Cinco, Senior Manager for Global IT Support and Operations.

“If someone had a computer issue, they would send an email to somebody who they know is handy with a computer. Most information was tribal knowledge.”

As a result, different teams used different platforms. Without clear direction from the headquarters, local IT teams were literally left to fend for and maintain their own devices.

Each team created their separate SLAs and IT platforms, making it difficult for teams to communicate with each other and identify the people accountable.

Vice Media also operates at a different pace than other industries.

“In a media company, there’s a lot of in-and-out. Freelancers and contractors would join on a specific job for a specific timeframe, and then they were out,” says Cinco.

“We’re constantly spinning up accounts, provisioning application, server, and email account access, removing set email accounts, licensing, contract negotiations, etc. The onboarding and offboarding frequency and the pace of freelancer activity was far too much to handle with manual workflows.”

During the fall of 2018, it became clear to Cinco and the team that they needed to identify and align their operations on one platform.

With numerous use cases available, Vice Media focused on four areas that unified and aligned their global IT efforts.

Team Huddle’s collaboration capabilities are essential for cross-team communication. Rather than waste time pinpointing a direct contact, one can loop in an entire team into a project. This is particularly effective for a global organization like Vice Media.

“There are people we never get to interact with or meet,” says Cinco.

“To be able to find the specific name for somebody is nearly impossible. The Team Huddle capability is a great way to connect so that the respective team member will get back to you with the information you’re looking for.”

Vice Media uses the Workflow Automator extensively. The out-of-box automation enables quick implementation and immediate use, and the ability to customize attributes also expands its utility.

The ability to customize is essential for consolidating Vice Media’s IT operations.

“Our instance is more involved than the average company,” says Cinco. “Since we have more than 35 offices, we’re looking to align multiple infrastructure service teams – not just technology teams. Being able to adapt to different team processes with the customizable workflows drastically helps us scale.”

Freshservice’s simple-to-use GUI makes it a convenient tool regardless of skill level. You don’t have to be savvy at coding to familiarize yourself with the system.

“If I need to request a change in workflow, I don’t need to sit there and try and fumble through lines of code to adjust the ticket routing. I also don’t have to go to somebody on the systems team or one of our developers to do all that. I can make changes within five minutes,” says Cinco.

Having a straightforward system enables the team to work through projects quickly and efficiently. Training new agents to make system changes only takes minutes.

“I’ve been able to delegate most of the responsibilities for routing workflows to other agents,” continues Cinco. “In 10 minutes, I showed how you can set up some rules, document changes, etc. It’s just one thing I don’t have to worry about anymore because it’s so easy.”

Another time-saving feature of Freshservice is its analytics module. Previously, Cinco and the team would struggle pulling metrics from their previous IT service platform.

“The widgets are super useful. I could think up what I wanted and it was either A, already there, or B, just really customizable to allow me to quickly and easily pull the data I want,” says Cinco.

With Freshservice, Vice Media has already connected 80% of its IT support operations. When they initially started, they only had 20 agents.

They now have nearly 80 agents operating within Freshservice, servicing the facilities, information systems, analytics, and IT departments, with additional infrastructure teams expected to be on-boarded in the near future.

Thanks to workflow automation, agents have less to worry about.

“By the time our IT team gets a ticket, 80% of the work is already done by virtue of automation,” says Cinco.

“It has helped us to consolidate our infrastructure workflow. Not only has it lowered the IT workload, but has put control back into the stakeholder and requester’s hands. Agents are now more self-reliant. They can optimize processes all by themselves.”

Vice Media has seen a global improvement in their first response times.

“Thanks to Freshservice, we’ve been hitting our 1-hour first response SLA pretty consistently across all regions, pretty much since go-live,” says Cinco. “Globally, it was commonplace to have drastically different response times. Some teams would take significantly more time than others to deliver the first response.”

“I think we set a pretty high bar for ourselves,” says Cinco. “All our responses have a human touch at some point in time, yet we’ve had no trouble meeting our SLAs. With Freshservice, we’re now able to communicate and collaborate in ways that weren’t possible before.”

The team is looking to further consolidate all IT and corporate infrastructure functions. The plan is to get everybody that provides a service for Vice Media (from an infrastructure standpoint) onto the same platform. The vision is to increase collaboration between those teams, increase visibility into department leads, team leads, and stakeholders.

“Freshservice has truly caught on like wildfire. We’re getting requests for new teams to be onboarded on a monthly basis and have developed a focused sprint cycle to accommodate all the onboarding requests. Beyond that, it has fostered greater collaboration between offices. Freshservice has provided a place for all global agents to get to know each other, collaborate on issues, and increase visibility into what others are doing,” says Cinco.