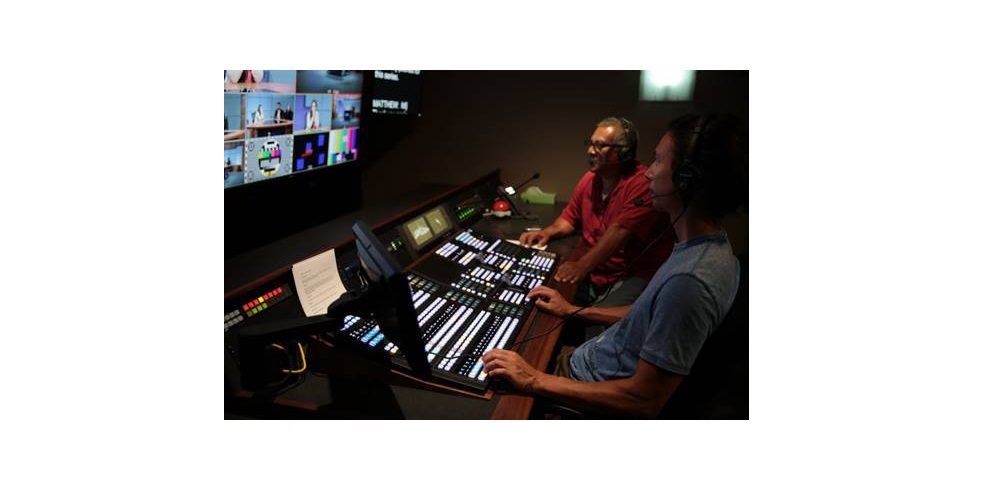 KLCS-TV is a multiple Emmy Award-winning PBS affiliate, broadcasting 24/7 to over 15 million viewers in LA and throughout Southern California. The station has three on-air program channels: KLCS, KLCS-2 (PBS Kids programs) and KLCS-3 (travel, cooking and lifestyle programs). Its original productions are seen in Los Angeles as well as 53 additional markets.

Even though they can’t currently broadcast in UHD over ATSC 1.0 (the current HD standard), KLCS is prepared for the ATSC 3.0 future when the consumer will receive UHD over an ATSC 3.0 signal.

“There’s no way to future proof your facility, but this is what we believe to be a prudent path to using UHD and ATSC 3.0 in the near future,” says Alan Popkin, Director of Engineering and Technical Operations.

A critical part of the TV studio upgrade was its selection of a server. They wanted one that was capable of recording in each HDR format (Dolby Vision, HDR10 and HLG).

“There are a number of 4K servers on the market but some don’t record every flavor of HDR,” says Popkin. 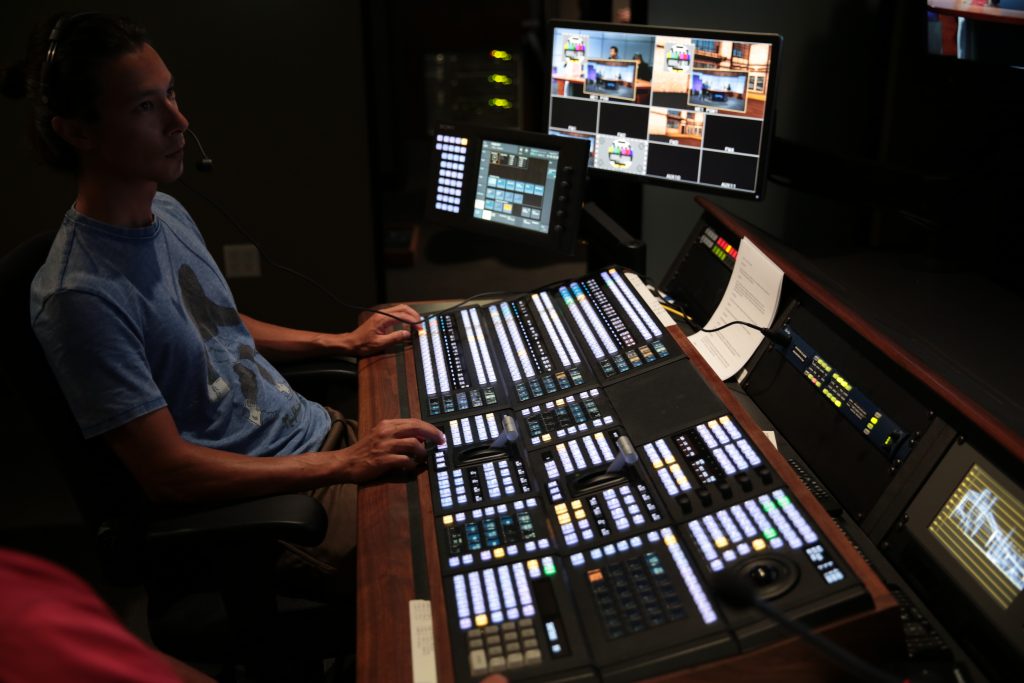 “With our gear in the field capturing content in HLG, it was imperative that our studio content be recorded and played back in HLG.”

The PWS-4500 can be configured as an HD production recorder or as a fully-featured replay server supporting 4K and HD formats and SDI and IP interfaces.

It can record up to four 4K signals/eight HD video signals and 16 audio channels.

The PWS-4500 is truly a 4K/HFR/IP/HDR-ready production server. It supports HDR natively in 4K/HD.

It can record data with 10bit and BT2020. The PWS-4500 can also record 4K and HD simultaneously, giving users the option of using the HD as a proxy. Content can be securely recorded by multiple channels.

“It’s an extremely versatile server, and because it’s a full, four-channel server, it can be recording on all four channels or used in multiple configurations: record two plays and two roll-ins or four ISOs,” says Popkin.

“I can make it a three in one or one in three – any way you want. It’s simple to operate and has built-in media management for file movement. That makes integration into our editing and storage systems easy.”

KLCS owns the playlists and can playback most of its programming back-to-back. At the top of their server wishlist was an easy interface with their Sony XVS-6000 switcher, which they now use to control the playback directly.

The integration between the server and switcher has made the station’s workflow much easier, says Popkin. “During a live production, once the server is set up, I don’t have to put a server operator there. We start recording, and the roll-ins are all taken care of.”

Popkin also pointed to the built-in multi-viewer and up/down/cross conversion on the XVS-6000 as cost and time savers. “We’re able to go live from the studio into HD directly, without using any output equipment,” he says.

Because of the server’s design for slow-motion replay, Popkin said he appreciates that as soon as video is recorded, it’s available for playback. “It gives us the ability to do cut-ins and outs on the clips quickly,” he says. 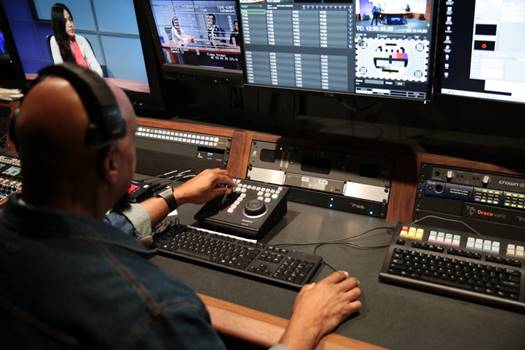 “If we’re picking select takes for roll-ins, you get them immediately. We can view our options in no time at all.”

Due to the amount of programming being stored and the space requirements for 4K files, the Sony server at KLCS includes the PWS-110MG1 Media Gateway.

The PWS-110MG1 creates workflows for archiving files recorded on the server to networked storage or removable media.

Three 4K streams can be backed up over a 10GbE network in real-time.

“We had to be certain we’d have enough capacity to record what we needed,” says Popkin.

“The server is non-volatile solid-state inside, as opposed to spinning disks, which is an advantage, but you need to make sure you have enough space to record, swap and do all the things you encounter in a normal workflow. Because of the size of the files you’re dealing with, you have to allow for the additional recording time and storage space.”

With 4K/UHD becoming the prevalent production format for the foreseeable future, the comprehensive TV studio upgrade improves the look of the station’s vast amount of original programming, streamlines facility operations, and increases revenue since studio rentals are an additional source of income for KLCS.