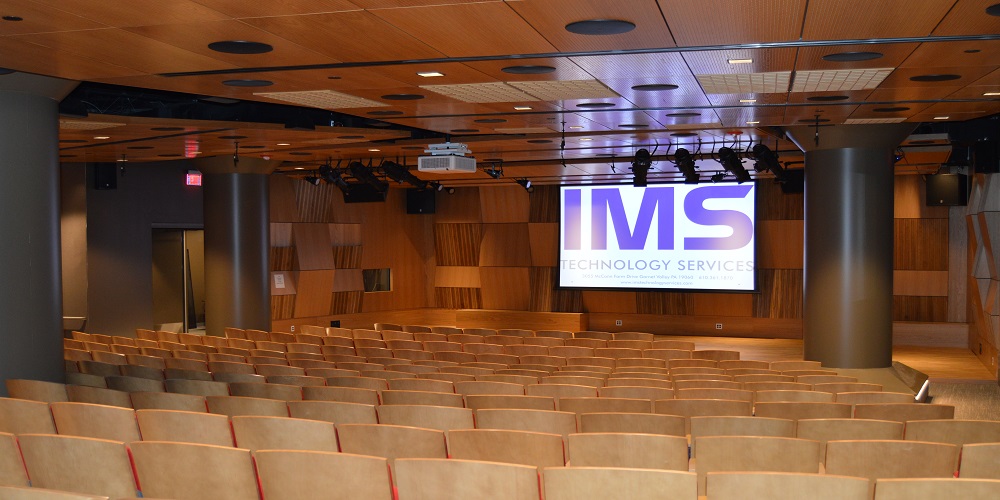 The Pennsylvania Academy of Fine Art’s (PAFA) new Rhoden Arts Center is a 15,000 square foot multidisciplinary facility located on the lower level of the Samuel M.V. Hamilton Building. The Rhoden Arts Center comprises a 265-seat auditorium, a new gallery for student art, and collection storage vaults for 20th- and 21st-century works of art.

For nearly three decades following its 1917 construction, this reinforced concrete building served as an automobile showroom, a service station, office space and storage area for the Gomery-Schwartz Autocar Company, a distributorship for Hudson Motor Cars.

As a historic structure, it has been recognized for its role in the early automotive history of Philadelphia, with its lavish showroom interiors and soaring loft spaces that represented cutting-edge architectural thinking in the early 20th century.

The building was purchased by PAFA in 2002 and formally renamed the Samuel M.V. Hamilton Building in memory of a PAFA board member. Renovations to the building allowed for the restoration of the Broad and Cherry Street facades to their original early 20th century appearances. 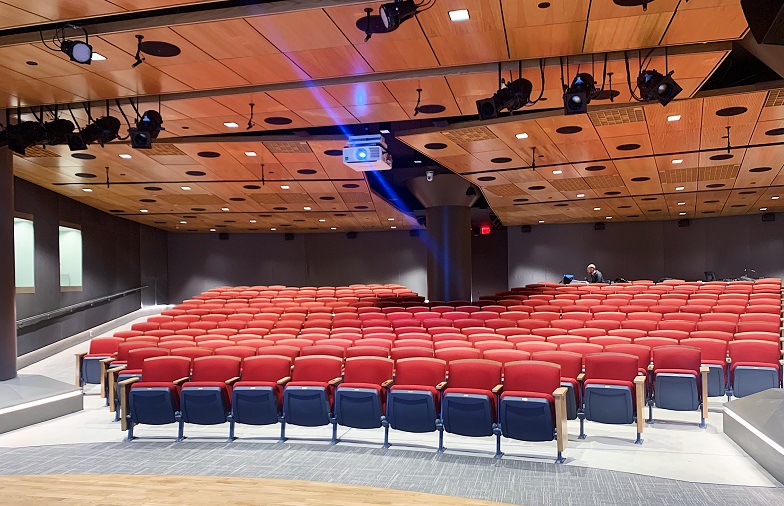 Additionally, creating an auditorium below ground and adjacent to Broad Street was clearly an ambitious undertaking, requiring expertise in all facets of construction. In particular, several large support columns posed obstacles with sightlines and even sound distribution.

IMS had an existing business relationship with PAFA, having handled events (including graduations, exhibit openings, and parties) and systems integration projects (classrooms and galleries) in the past.

Christopher LaCroce, IMS integration specialist, made contact with Ed Poletti, PAFA director of facilities management, during their bid process and IMS was asked to review the project and participate in a competitive bid.

The funding for the project included some public funds, as well as large private donations.

That bid/spec originally completed by the architecture firm was a fluid design, which allowed IMS the opportunity to provide input on project enhancements. 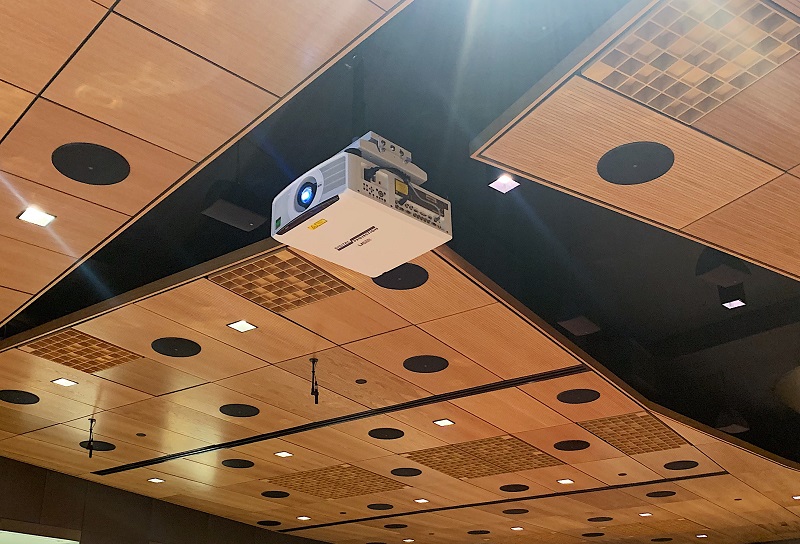 The state-of-the-art Auditorium is equipped with professional-grade technology for lighting, sound, and projection, and can accommodate music and dance performances, lectures, film screenings, and other events.

This new space is 85% larger than PAFA’s previous auditorium in the Historic Landmark Building, which will be renovated and repurposed as a new gallery for exhibitions of contemporary art.

Read Next: Where Your Office Needs Sound Absorption (and Where Other Techniques Work Better!)

PAFA carefully selected a Yamaha AFC-3 Advanced Reverberation solution after travelling to other venues in the to hear various other systems.

A green room, exhibit/gallery area, control room, bathrooms, and the auditorium are all part of this new lower level space, which used to be unfinished storage space. A camera, projector and motorized screen are now included in the space as well.

The Yamaha Sound System required individual wiring for the speakers in the Rhoden Arts Center to the control room.

Another key challenge was that construction delays pushed the project completion to 11 months from the initial contract date. During this time, IMS worked very closely with the other trades and architect to determine final product choices and placement. 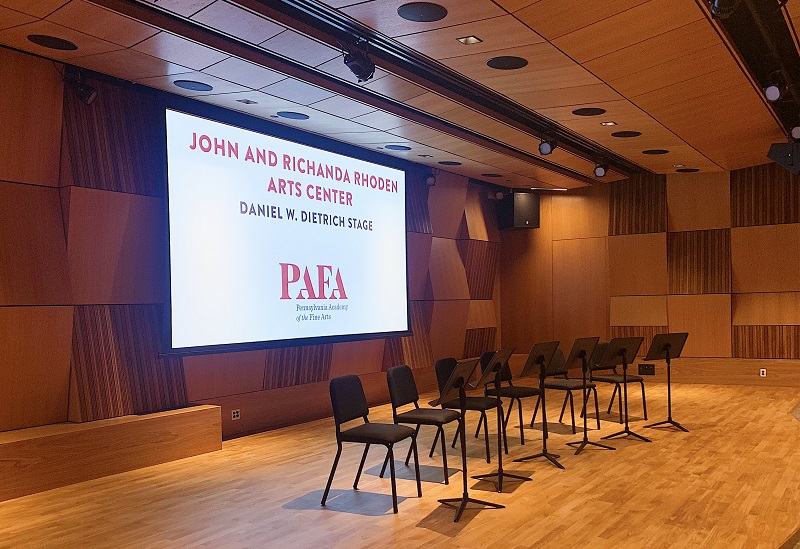 We also closely coordinated with all project contractors, including excavation, carpenters, flooring provider, HVAC provider, and the finish trades.

Daniel Flynn, IMS Senior Project Manager, worked with every trade on the dynamic installation schedule, and was instrumental in ensuring that this project was completed in time for the first scheduled event in the new Auditorium.

Ed Poletti was very happy with the way IMS was able to navigate through construction delays and bend timelines to meet dates for events that were booked in the new Auditorium.

PAFA hosted tours for donors and members, who were very impressed with the aesthetics and sound quality in the space.

Speaking engagements and musical events were the first to test and perform in the space, and the events were a big success!

“We are thrilled with the outcome of this renovation, which provides vast improvements over our former auditorium, student gallery, and art storage,” says PAFA President and Chief Executive Officer David Brigham.

“The new Arts Center has sloped floors, optimal acoustics, state-of-the-art sound and lights, attractive design features, and expands the functionality of the hall to accommodate performances, all slotted into a space that is complicated by its historic infrastructure.”