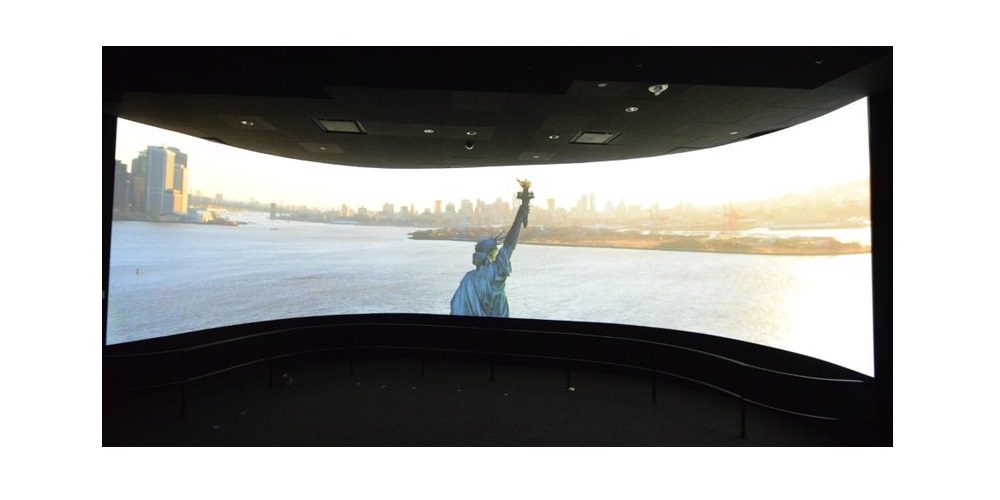 Before the Statue of Liberty Museum was built, there had been no new construction on Liberty Island in over forty years. The museum could welcome up to 25,000 visitors a day and its first experience, an awe-inspiring short film, needed a theater with digital signage that would deliver an immersive, engaging experience visitors would remember for a long time.

In order to accomplish this goal, the installation had to overcome the challenges of deploying the correct projection blend onto a uniquely structured surface and creating a fully integrated technology system more than a mile away from the mainland on Ellis Island.

The Statue of Liberty-Ellis Island Foundation, which raised funds for and managed the museum’s creation, collaborated with Panasonic to deploy visually engaging technology to give visitors a chance to learn about the history of the Statue of Liberty.

The Foundation worked with Diversified and Panasonic to develop and implement the technology needed to create an immersive museum experience. 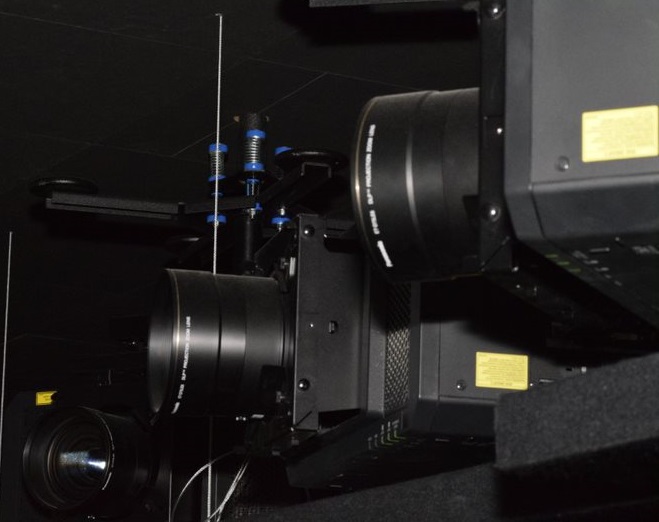 Diversified provided dedicated consultation on all AV solutions in the museum, including coordinating the installation of the custom projection screens in the immersive theater.

Thanks to this collaboration with the Panasonic and Diversified teams of engineers, the Statue of Liberty Museum is now able to create vivid graphical impressions that create emotional connections to the history of liberty.

By expanding the space and utilizing Panasonic projection technology, the Statue of Liberty Museum was able to give a higher number of visitors access to the history of Liberty.

Before the construction of the museum and theater, there was very little technology being utilized on the island due to its remote location.

However, since Panasonic was able to create a fully integrated technology system, the museum will consistently deliver visually resonant images to millions of visitors.

Related: Why the Sudden Proliferation of LED Signage Walls

Previously, the Statue’s story was told in an exhibit housed within Lady Liberty’s pedestal. Enhanced life-safety upgrades limited the number of visitors who could access the exhibit, which led to development of the new, standalone museum structure. With this expansion came the immersive theater.

When walking into the space, there are three connected theaters, each with its own floor to ceiling curved screens, one measuring 17’ x 24’ and two measuring 12’ x 20’.

“When you’re standing in those rooms, and you’re looking at historic footage, or a drone shot of the statue at night, it’s really breathtaking,” says Diane Toland, project director for the Statue of Liberty-Ellis Island Foundation, Inc. 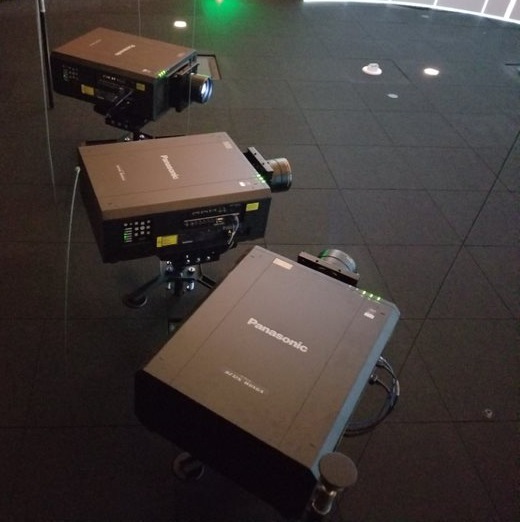 However, the curvature of the walls, which represent the folds in Lady Liberty’s robe, presented a challenge to deploy the correct projection blend.

“We needed to use Panasonic laser projectors, to get that particular curve,” says Carol Feely, Diversified’s project manager for the Statue of Liberty Museum project.

“We certainly needed to deploy their projectors with edge blending technology.”

With the projectors high brightness 26,000 lumens and the software’s automatic color matching and geometric adjustment, the museum was able to deploy a fully immersive experience for their video, Liberty Enlightening the World.

“Dealing with the shape of the projected screen and then also the brightness are two really key pieces,” says Carol. “Panasonic laser projectors really can accommodate.”

Since the PT-RQ32KU projectors are adaptable to the museum’s needs, with a long lasting projection, these solutions will serve the museum and its millions of visitors for years to come.

The original museum was created in the 1980s and deployed little to no technology. The Foundation was determined to make the theater as exciting as possible.

The new projection technology deployment was a monumental step: With floor to ceiling projection, compelling video visuals all within the presence of Lady Liberty herself, the theater boarders on an IMAX experience.

Ensuring the technology was sustainable was a top priority and the excellent working relationship with the Panasonic team reduced the project management coordination needed to complete the deployment plan. 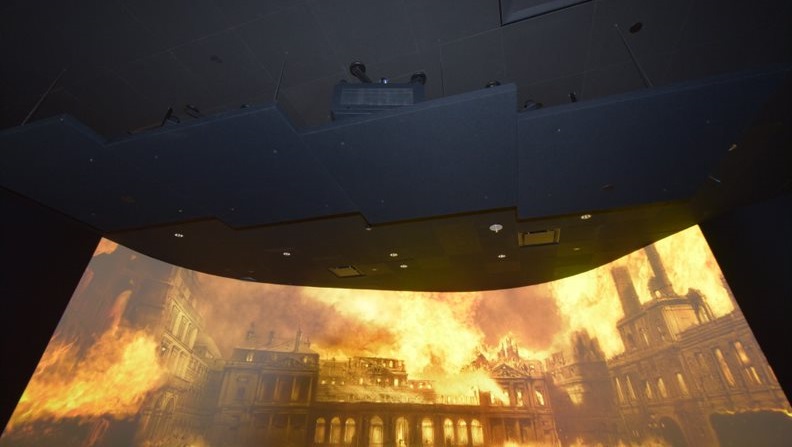 “Not every manufacturer can be leaned on,” says Carol, “Being able to call the right person the first time made Panasonic’s service invaluable.”

Before the museum’s renovation, visitors expressed disappointment not being able to access the crown or would feel frustrated with the crowds at the pedestal.

With the creation of the Immersive Theater, visitors are given the opportunity to connect with history by viewing Liberty Enlightening the World with 4K projection technology.

Despite the challenges of creating a fully integrated technology system on a remote island and deploying an accurate, seamless 4K projection blend onto curved surfaces, Panasonic delivered a fully immersive, engaging experience for the Statue of Liberty Museum that makes the true meaning of freedom accessible to all.