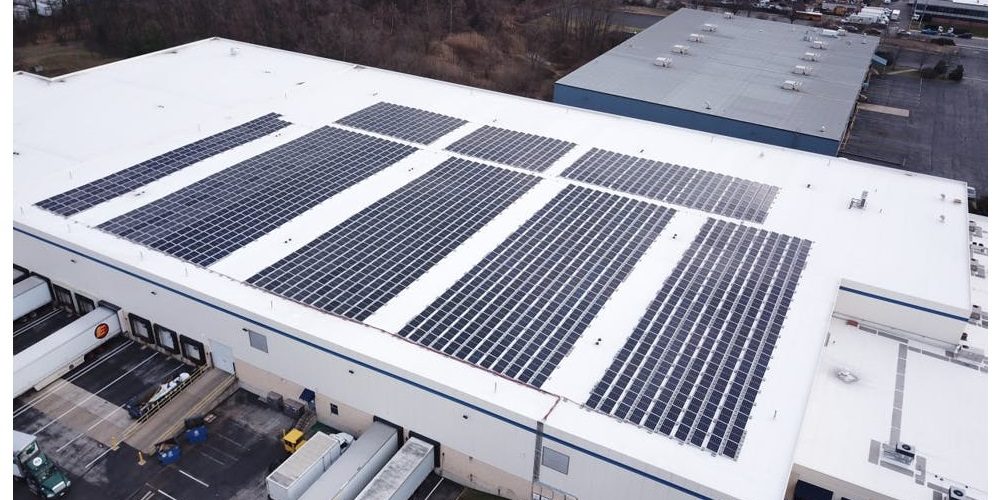 For over 70 years, Almo Corporation, the largest U.S. independent distributor of professional AV equipment, appliances, consumer electronics, and home goods, has been making a difference in the Philadelphia community with their various outreach efforts, and now they are contributing to the community in a new way.

“We’ve been looking at solar for a number of years, and just had not put together the economics until recently. We also recently replaced the roof on this warehouse, so the timing seemed appropriate,” says Ed Gibbons, Almo’s Executive Vice President, in a video interview about the project.

The decision meant that Almo’s 430,000 sq. ft. warehousing space will run on clean, sustainable energy produced by the sun, greatly reducing the company’s carbon footprint and its electricity costs for the next 30 years.

“May years ago we ended up changing out our lighting, and saw the advantage of having not having as much energy usage in the facility,” says Warren Chaiken, CEO of Almo Corporation, in the video interview.

“We want to go one step further now, obviously to save energy costs, but also to have a carbon-free footprint in the Philadelphia area. We wanted to give back to the community and by adding solar we can do that.”

Installed by Lancaster County-based solar installer, Paradise Energy Solutions, the 3,200 solar panels will generate enough electricity in just one year to offset 100,000 gallons of gasoline, 900,000 pounds of coal, or 2,100 barrels of oil. These annual savings will continue for the 30-year lifespan of the system.

“The job was largely seamless,” he says. “Our team worked with [Paradise] to make sure it stayed on schedule, but largely Paradise took the lead on that. They told us when they were going to implement it, and I think right on the nose hit every implementation.”

Just like every business investment, the numbers had to add up for it to work. “We have been pleasantly surprised to find that by offsetting the need to purchase electricity from the utility company, these solar panels will have contributed enough savings to pay for themselves in less than five years, leaving an estimated 25 years of free electricity for our business”, says Gibbons.

The sizable reduction in their electric costs is helping Almo become a more efficient company and making a big contribution towards their mission of being responsible corporate citizens.

“We also liked the sustainability aspect of it,” says Gibbons. “It’s something our employees appreciated and cheered as we’ve moved forward with this. We like being a responsible corporate citizen.

“This is one of two implementations we’re dealing with. We have two buildings here. Between the two of them, we’ll be largely off the grid as far as sustainability is concerned. We’re looking forward to, after the initial payback of four to five years, that we’re going to have twenty-five years of free electricity for this building and the other.” 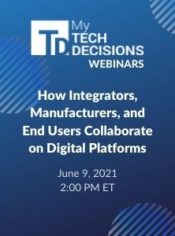