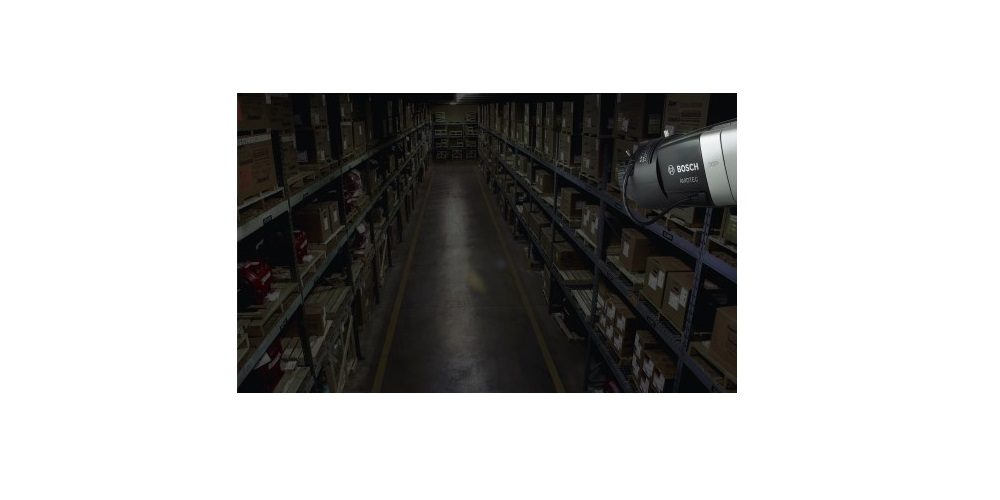 Both flames and smoke are reliably detected down to an ambient lighting level of 2 lux, according to the company.

For this purpose, Bosch says it has extended its proven video analytics in the camera by artificial intelligence, which processes the results of more than 20 algorithms and makes an alarm decision on this basis. This is said to lead to a significantly improved sensitivity without compromising the solution’s robustness against false alarms.

With the new firmware version 7.61, AVIOTEC IP starlight 8000 is well-suited for application in areas with very low light, such as warehouses and production plants at night.

In case of changing environmental conditions, the sensitivity can be adapted to the requirements using programmable schedules. For example, it is possible to optimize the robustness against false alarms during busy daytime operation, while deserted buildings, where quickest detection is required, benefit from high sensitivity at night.

Because the solution works reliably with minimal ambient light, it can save costs for planning, installation and operation of lighting, according to the company. It can also reduce the risks for applications with high fire load in those low light conditions.

In historical buildings, the solution can now also be installed in almost unused side rooms with minimal lighting, for example through tiny windows. In all environments, the installed cameras can be used simultaneously for fire detection and video surveillance.

The video-based fire detection AVIOTEC IP starlight 8000 is now delivered with the new firmware. Existing installations can be upgraded to the new technology by a free firmware update.