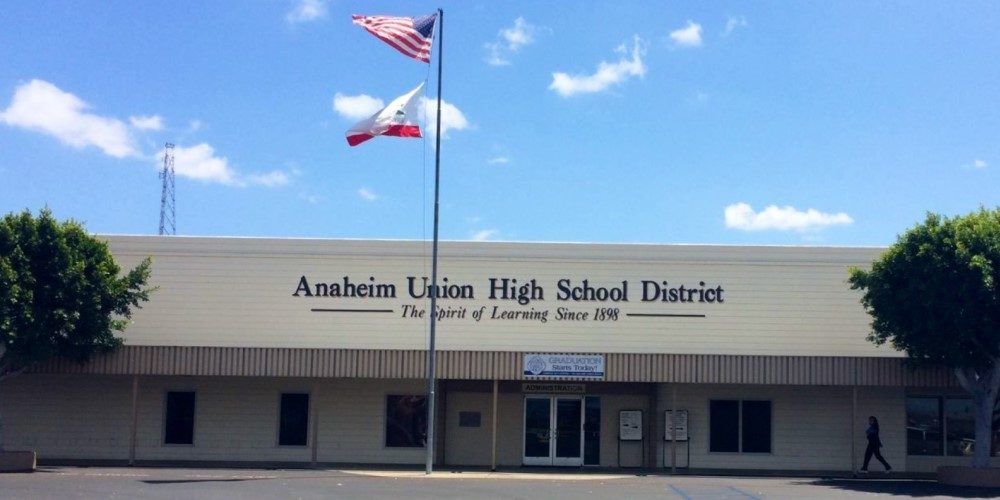 Anaheim Union High School District — one of the largest districts in California — strengthened its security infrastructure with a district-wide solution that includes 1,250 Hanwha Techwin Q-Series cameras across 20 different locations.

Located just outside of Los Angeles, AUHSD is a public-school district serving portions of the Orange County cities of Anaheim, Buena Park, Cypress, La Palma and Stanton and has an estimated 2,900 employees in 20 different facilities.

In total, it serves approximately 29,000 students from grades 7 to 12. Despite its size and expanse, the district was lacking a robust security camera system that could allow administrators to monitor or document incidents on campus, according to the company.

“Other than a few sites with some DVR-based systems, we did not have any security cameras,” explains Erik Greenwood, chief technology officer for AUHSD.

Additionally, as the district continued to grow, so did the seriousness of some of its security issues.

After several security incidents and school shootings at other campuses across the U.S., the district faced mounting concerns from the community. AUHSD decided to strengthen its security infrastructure with a district-wide solution that would include IP security Hanwha cameras at its center.

AUHSD officials collaborated with school principals, administrative staff and local police departments to identify key areas where cameras should be placed — such as gathering points for students and the buildings’ main entrances and exits — as well as what specifications the system should have to produce viable footage for law enforcement.

The Wisenet Q-Series 4MP cameras are said to enable high-resolution monitoring with clear images, and the hallway view feature maximizes the area of surveillance in narrow locations, such as school corridors. In addition, these Q-Series cameras are equipped with IR function, enabling clear images in dimly lit environments and during the night.

“We didn’t have a large quantity of different camera models which meant we didn’t need to keep stock of all sorts of lenses and other accessories,” says Greenwood. “The committee liked that approach from a troubleshooting and ongoing maintenance standpoint.”

The vandal-resistant features of the Hanwha cameras were also a big factor in their decision process since the camera domes can easily be cleaned or swapped without having to replace the entire camera.

The Hanwha cameras are installed throughout the district in entrances, exits, exterior restroom doors, staff work areas and in general meeting areas.

They are helping the district keep eyes on campus vandalism, graffiti, potential threats and, in some cases, even monitoring certain personnel issues, such as inappropriate use of school equipment. When an incident is reported, administrators can quickly access and review the security footage to see what happened.

In all, Greenwood says, “it’s been a great project that involved everyone — the new Hanwha cameras have some great qualities.” Now that the installation is complete, AUHSD is taking a closer look to see where there may still be some blind spots and exploring where they might benefit from potential expansion.