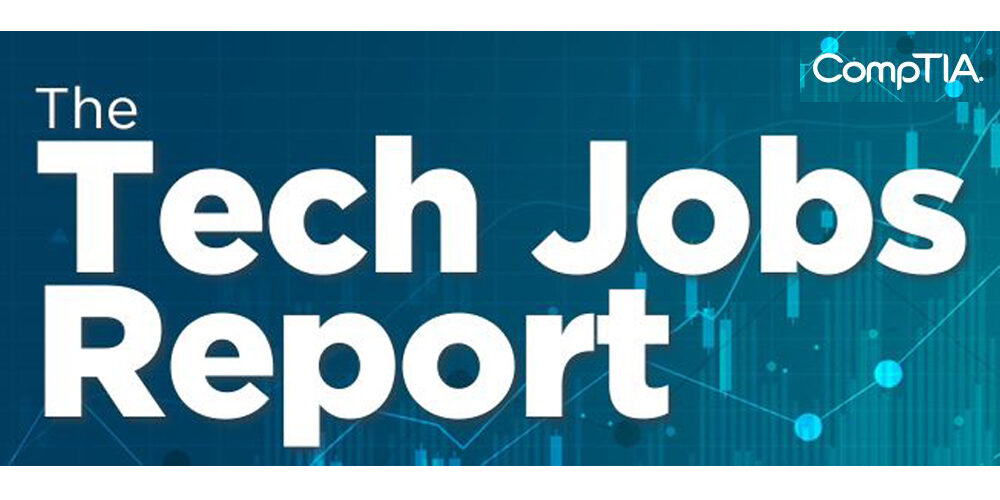 Technology employment continues to hold steady to begin the new year, according to analysis of the latest labor market day by CompTIA. CompTIA, is of course,  the Downers Grove, Ill.-based nonprofit association for the information technology (IT) industry and workforce.

Employers throughout the economy added an estimated 130,000 tech workers in December, helping to drive down the tech occupations unemployment rate to 1.8%, compared to the overall national rate of 3.5%, according to CompTIA research.

Job postings for future tech hiring declined for the second consecutive month, but still totaled more than 246,000 in December. Positions for software developers and engineers accounted for nearly 30% of last month’s jobs postings. IT support specialists, IT project managers, systems engineers and network engineers were also in demand.

“Another wave of positive tech employment data speaks to the many moving parts of a complex labor market,” says Tim Herbert, chief research officer at CompTIA. “Despite the layoffs there continues to be more employers hiring tech talent than shedding it.”

CompTIA’s analysis also shows that 30% of all tech jobs postings are for positions in emerging technologies, such as artificial intelligence, or in roles requiring emerging tech skills.