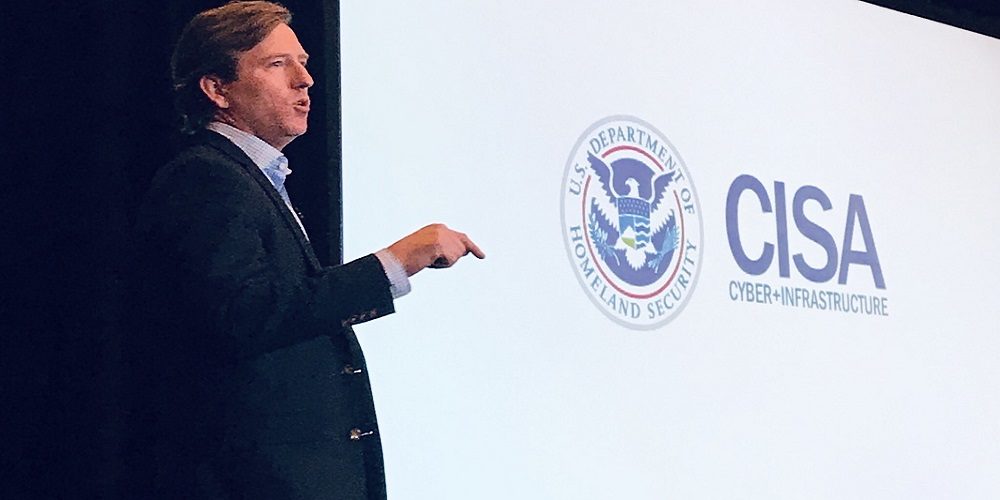 Chris Krebs, a career cybersecurity and risk management expert and first director of the federal Cybersecurity and Infrastructure Security Agency (CISA), has been fired by President Donald Trump.

Krebs, a former Microsoft executive, had been actively refuting claims – including those by Trump – that the 2020 elections were subject to widespread voter fraud and hacking.

Media organizations have projected former Vice President Joe Biden to be the winner, but Trump has shown no signs of conceding anytime soon, instead calling into question the legitimacy of the election.

In a series of tweets Tuesday announcing Krebs’ firing, Trump mentioned those statements by Krebs.

The recent statement by Chris Krebs on the security of the 2020 Election was highly inaccurate, in that there were massive improprieties and fraud – including dead people voting, Poll Watchers not allowed into polling locations, “glitches” in the voting machines which changed…

…votes from Trump to Biden, late voting, and many more. Therefore, effective immediately, Chris Krebs has been terminated as Director of the Cybersecurity and Infrastructure Security Agency.

Last week, a group of U.S. security officials – including CISA leaders – issued a statement calling this year’s election “the most secure in American history.”

“There is no evidence that any voting system deleted or lost votes, changed votes, or was in any way compromised,” read the statement, which was in bold on the agency’s website.

Other security measures were in place, like pre-election testing and state and federal certifications of voting equipment, the officials said.

“While we know there are many unfounded claims and opportunities for misinformation about the process of our elections, we can assure you we have the utmost confidence in the security and integrity of our elections, and you should too. When you have questions, turn to elections officials as trusted voices as they administer elections.”

Key to Krebs’ and CISA’s efforts to instill confidence in this year’s election was a website designed to dispel rumors of election issues and simply give people the facts.

Check out https://t.co/LVf4bL1o52 for solid info on election security #Protect2020

Under Krebs, CISA has been warning both the private and public sector of increasing cyberattacks, particularly since the beginning of the COVID-19 pandemic.

Honored to serve. We did it right. Defend Today, Secure Tomrorow. #Protect2020

According to Threatpost, Krebs was widely recognized as an expert and leader in cybersecurity, and his firing is largely condemned in the tech and cybersecurity industry.

Jonathan Reiber, senior director for cybersecurity strategy and policy at security firm AttackIQ, said in an e-mail to Threatpost that it was no small feat that the 2020 election was secure and that this success was in part due to Krebs’ tireless and bipartisan work as CISA director.

Another cybersecurity expert expressed disappointment over Krebs’ “political, surreal and disheartening” dismissal, adding that the cybersecurity community as a whole finds it very worrying to their overall mission to identify and block the work of threat actors “to the best of our ability.”

“Chris Krebs and the CISA team have done a singularly brilliant job, and done it transparently, under what has been one of the most divisive and fraught election cycles in our country’s history,” Chloé Messdaghi, vice president of strategy for Point3 Security, said in an e-mail to Threatpost.

According to media reports, Krebs was already anticipating being fired for contradicting the President and his supporters about election fraud.

“The actions taken by the elected and appointed leaders of the United States, over the next few weeks and months, will determine whether cybersecurity becomes far better or much, much worse. … The shocking cyber incidents of the proceeding years, like NotPetya and election interference in many countries, have helped to build the basis for further action nationally and globally,” wrote CEO Philip Reitinger.

“The Cyberspace Solarium Commission report demonstrates that there is bipartisan consensus that significant actions must be taken, even if there are minor disagreements about what a few of those actions should be. And there is even widespread agreement among global cybersecurity leaders and experts – the World Economic Forum held its “Cyber Davos” concluding on the same day Chris Krebs was fired – that like-minded nations must join to address cybersecurity together.”