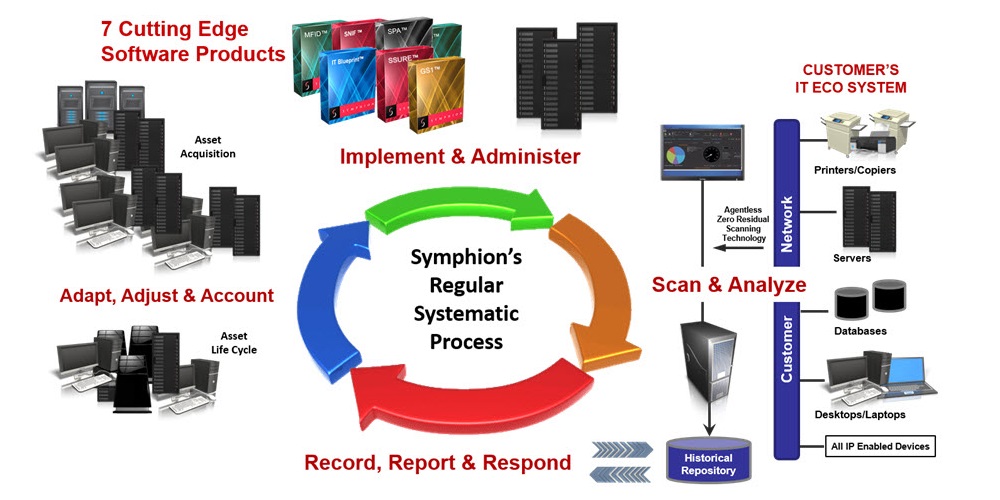 Symphion, Inc., a software and services company, announces the launch of IoT Cyber Security as a Service solution. This new offering is “the only service available today to cost-effectively secure IoT devices, independent of make, model or type,” the company says.

“New laws like California’s SB 327, which will take effect in January 2020, require connected devices to be secure,” stated Jim LaRoe, Symphion’s Chief Executive Officer. “We’re just seeing the beginning of these types of regulations requiring that security features must be added by manufacturers to protect devices and the networks that they are connecting to. ”

Networked printers form the largest number of IoT devices across most enterprises in the US today – with the estimated number being above 100 million deployed on networks, according to Symphion.

“We knew that cyber hardening all our printers (IoT devices), bringing them into change control and compliance reporting were what we had to do,” stated Jason Johnson, Marin General Hospital’s information security officer and president of the HIMSS Northern California Chapter.

“Even with our print fleet of fewer than 1,000 printers and around 60 models, for us to try to manually do what Symphion does would easily have run us in excess of $400,000 per year for only a fraction of what they provide and would have been wholly ineffective.”

This service manages the available security setting (regardless of make or model), monitors those settings and automatically remediates them their planned, controlled state.

Read Next: IoT Devices for Healthcare: Products, Examples, and the Rough Road to Security