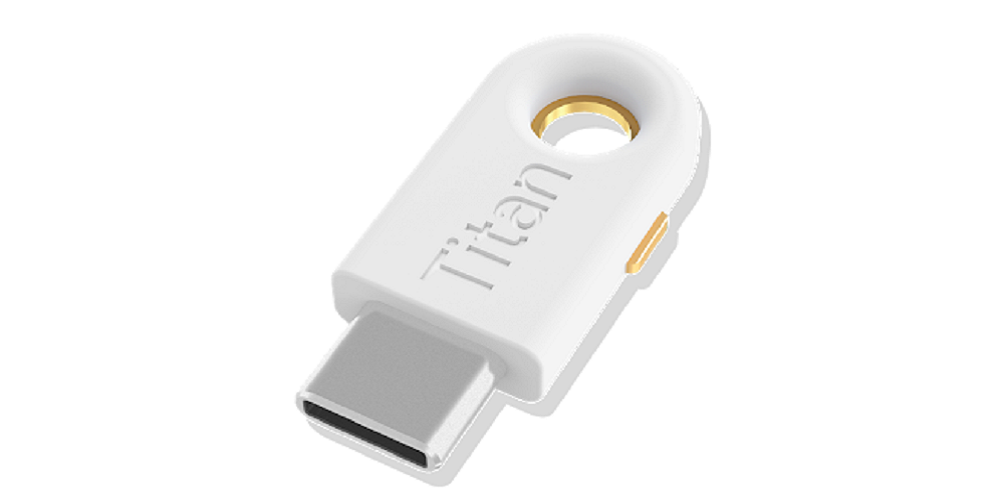 Google has released an additional option for devices across several platforms that will help boost security and fight phishing attacks.

According to a Google blog post, the USB-C Titan Security Key is built with a hardware secure element chip equipped with firmware engineered by Google to verify the key’s integrity. It’s the same technology the company uses in its existing keys launched last year: the USB-A/NFC and Bluetooth/NFC/USB Titan Security Keys manufactured with Feitian Technologies.

The new keys that plug into devices with a USB-C port are compatible with Android, Chrome OS, macOS and Windows devices. According to The Verge, only Google’s Bluetooth key works with iOS, and that requires the installation of Google’s Smart Lock app.

Like Google’s other keys, it’s based on the FIDO open standards, a collaborative effort of the largest tech companies in the world —including Google and Yubico —that enabled phishing-resistant authentication.

This is also the same technology that Google uses to protect access to internal applications and systems, the company said.

Google recommends all users at a higher risk of targeted attacks to explore the technology and enroll in its Advanced Protection Program, which provides protections to defend against evolving attacks.

Read Next: 7 Hidden Security Sensors That Prove You Shouldn’t Bring DIY Security to Your Office

The Titan Security Keys can also be used for any site where FIDO security keys are supported for two-factor authentication, including personal or work Google accounts, Coinbase, Dropbox, Facebook, 1Password, GitHub, Salesforce, Twitter, Stripe and others.

The new keys are available for $40 on the Google Store in the U.S. The other aforementioned keys will also become available individually in addition to Google’s existing bundle.

Security keys are new technologies that, in combination with biometric systems like fingerprints and facial recognition, could lead to passwords being dumped altogether.