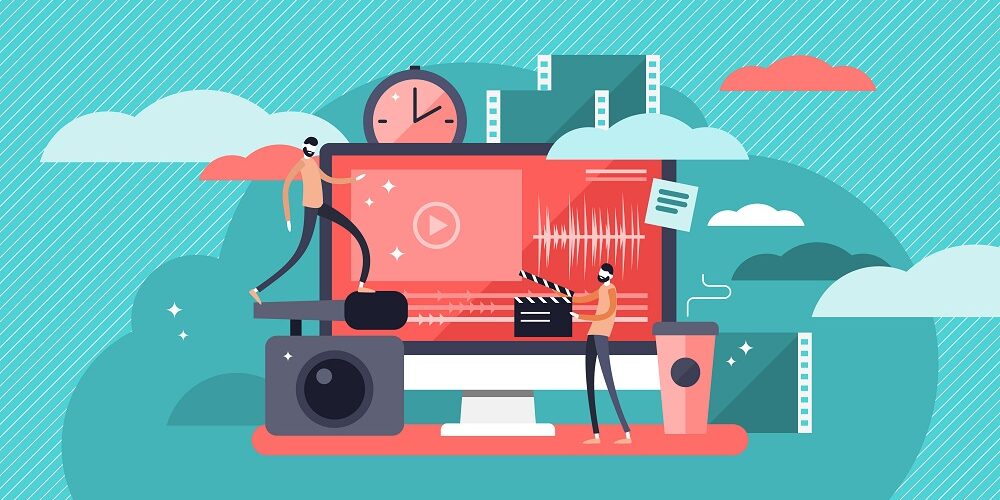 The pandemic elevated video as a corporate communications tool along several different vectors. Overnight, videoconferencing became a primary method of communications and collaboration among millions of workers, but that was just the beginning.

This elevated emphasis on video communications is here to stay. Not only is hybrid and remote work a persistent reality, but the past two years have seen video communication platforms, including virtual events, livestreams via YouTube, Facebook, and LinkedIn, and snackable marketing content on TikTok and Instagram Reels rise in prominence.

Video production has become a non-optional corporate messaging activity. This shift was perhaps inevitable, but it couldn’t be coming at a better time for corporate technology managers around the video production industry, costs, technological hurdles, access to expertise, and other barriers to entry are crashing down.

Video Production on the Rise

In the past, in-house video production has often been a matter of “champagne wishes, beer budget.” Executives may have wanted broadcast-quality content, but they weren’t necessarily willing to pay for a large video production crew with multiple camera operators for every shoot.

See Related: What is NDI?

They were also limited by locality; an enterprise might be able to outfit one broadcast studio and video production suite, but multiple spaces or mobile capabilities were a tall ask. Many larger enterprises wound up with a tiered system: high-quality production capabilities in one or two spaces, very basic video conferencing or capture capabilities in others.

Over the next year or two, I expect the rollout of remote production protocols like NDI Bridge and Medialooks to bring a sea of change, allowing enterprises to dramatically increase the quality and quantity of their video communications without spending millions on staff and gear.

Locality Production Issues are Over

Remote production technology breaks the traditional workflow of video production where a producer must be alongside the camera or in a half-million-dollar production suite to capture and edit broadcast-quality content.

Using network-connected robotic cameras, producers will be able to control a production or live stream, switching between cameras and presets, activating tally lights so the subject knows which camera is live, tracking subjects, and adding production effects, from anywhere.

And I do mean anywhere. The producer could be in an enterprise’s video production suite if they have one, operating cameras anywhere in the world – or they could be at home, working on a standard PC.

The locality issue is over: even in locations with terrible internet, like a tradeshow floor, producers will have the ability to push content via NDI Bridge to a second location with stronger internet and livestream from there. Conferences, sales meetings and all-hands events will be able to capture and livestream content without having to build out a production suite on-site – a potential six figure per-event savings.

Control devices and joysticks with programmable camera groups and presets make it quick and easy to call up the right shot. More affordable tally lights systems, compatible with PTZ cameras, help talent know where to look even if there’s no one else in the room. Programmable macros allow a producer to call synchronized effects – lights, camera, action – with a single button push.

With the rise of “anyone, anywhere,” video production, fledgling content producers will be able to reach out to already active message boards, Discord channels, and social communities for not just tips and best practices, but direct collaboration. This technology will unlock peer-to-peer learning in a globally dispersed group of people who got into video during the pandemic, and are now on a path to becoming video pros.

The quality of video content no longer needs to depend so heavy on where it’s captured. With network-connected robotic cameras and remote production capabilities, technology managers will soon be able to enable any room to act as a studio. With the ability to apply video production expertise from anywhere to any space, corporate video communications can graduate from “good enough,” to “great.” 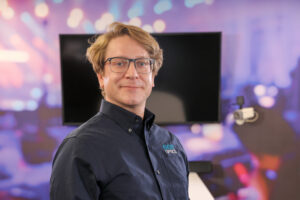 Matt Davis is the Director of Technology and Information Services at PTZOptics, a manufacturer of robotic pan, tilt, zoom camera solutions for a variety of broadcast applications, including both video production and live streaming.