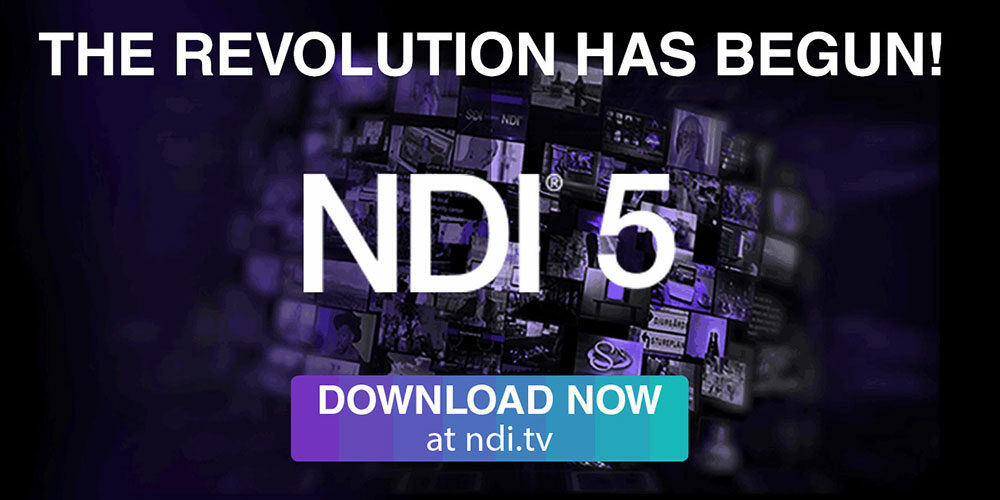 NDI® moves video, audio and data across any network; global, wireless, mobile or local, between cameras, mobile devices, production equipment or desktop machines and is the most used standard to move content in the world. NDI has constantly pushed the boundaries of video production over IP and now, with WAN and audio capabilities never seen before, NDI 5 offers unprecedented integration and power to move video, audio and metadata between devices anywhere around the world.

Why is the launch of NDI 5 so important?

Why is NDI 5 important to add when designing a new system for an organization?

With NDI 5 enabled devices, the workflow includes minimal cabling! Instead of needing a different cable for each channel, camera, or device in each direction, NDI utilizes the network as its means of transportation for everything.