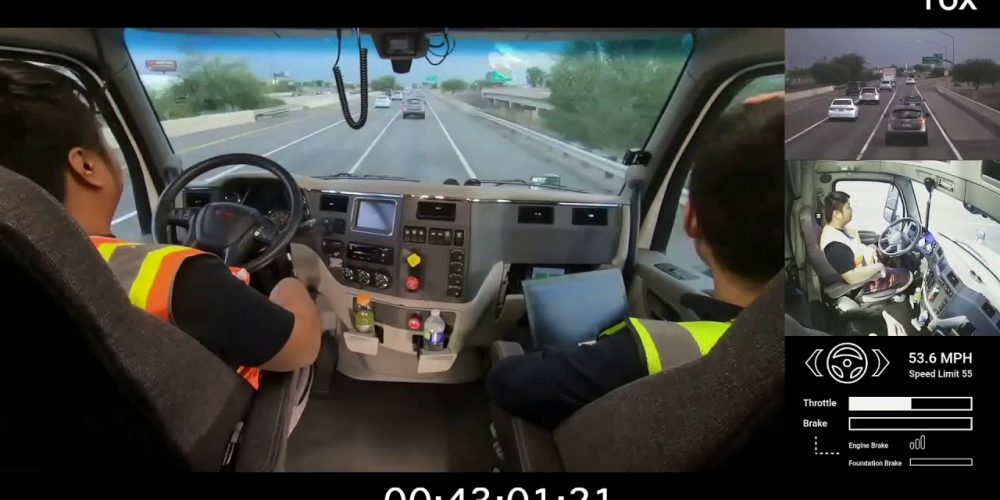 A recent Gizmodo report says TuSimple, a self-driving freight truck company, has carried mail in Arizona for UPS. The shipping company said in a recent announcement that the UPS self driving trucks have successfully delivered shipments in Arizona.

UPS says that its venture capital arm made an investment in TuSimple — and that this is the first time it has made self-driven deliveries in the state.

According to the Gizmodo article:

“Around the same time as the UPS and TuSimple program began, the United States Postal Service and TuSimple publicized a two-week pilot program to deliver mail between Phoenix and Dallas, a 1,000 mile trip.

TuSimple claims it can cut the average cost of shipping in a tractor-trailer by 30 percent. In an announcement about the new partnership, UPS Ventures managing partner, Todd Lewis, said the venture arm ‘collaborates with startups to explore new technologies and tailor them to help meet our specific needs.'”

UPS did not share specifics on its deal, and neither did TuSimple.

According to Gizmodo, the announcement between the two companies says the autonomous vehicle startup has helped UPS to “Level 4” autonomous driving, whereby

The joint announcement says that the automated driving startup has helped UPS get to Level 4 autonomous driving, whereby a vehicle is fully autonomous until it reaches a specific location.

The UPS self driving trucks still have an engineer and a safety driver riding along until it reaches Level 4.