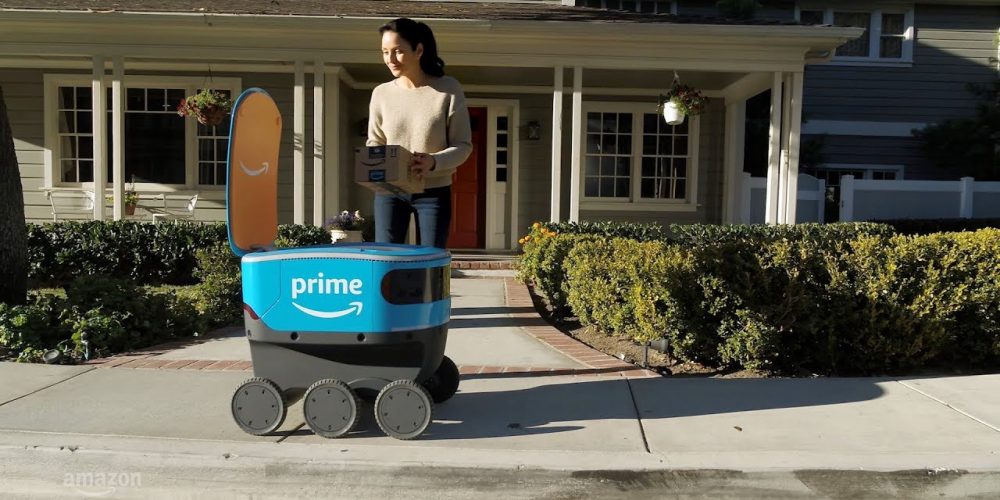 Shoppers who will receive Scout-delivered packages are encouraged to order as they normally would, and the robot will conduct a small number of deliveries Monday through Friday during daylight hours. Deliveries made by Scout robots will also be accompanied by a human minder, Venture Beat says.

The robot was “developed, built, assembled, and programmed in-house by Amazon;” its anatomy consists of:

The robot has been undergoing both “real-world testing” and simulated scenarios that mimic neighborhoods. So far, Scout has “completed ‘thousands’ of deliveries to customers” successfully, Venture Beat says.

“We’re constantly thinking through how our Scout devices will integrate into the neighborhood and delight customers,” Sean Scott, vice president of Amazon Scout, said in a blog post mentioned by Venture Beat. “The future is right around the corner, and we couldn’t be more excited.”

Even though Scout’s test deliveries have gone well so far, and will move onto the West Coast, it will still be a while before it makes national deliveries, Venture Beat says.

Late to the party?

Even though Amazon is excited about its latest solution, Scout isn’t the only robotic delivery solution out there, Venture Beat says. For example, San Francisco-based Marble, a robotics startup, has autonomous robots making food deliveries to customers. Similarly, robotics startup Starship Technologies launched a commercial, autonomous robotic package delivery service for its customers, too, delivering both food and general products. Both companies’ delivery robots make ground deliveries, rather than drone deliveries, similar to Scout.

As a result, Amazon will have to duke it out with its competition once Scout is tested and approved for customer usage. Competitors and decision makers who are considering implementing similar robotic solutions to their company may benefit from keeping an eye on Scout’s successes and failures, especially as it stacks up against current contenders in the marketplace.