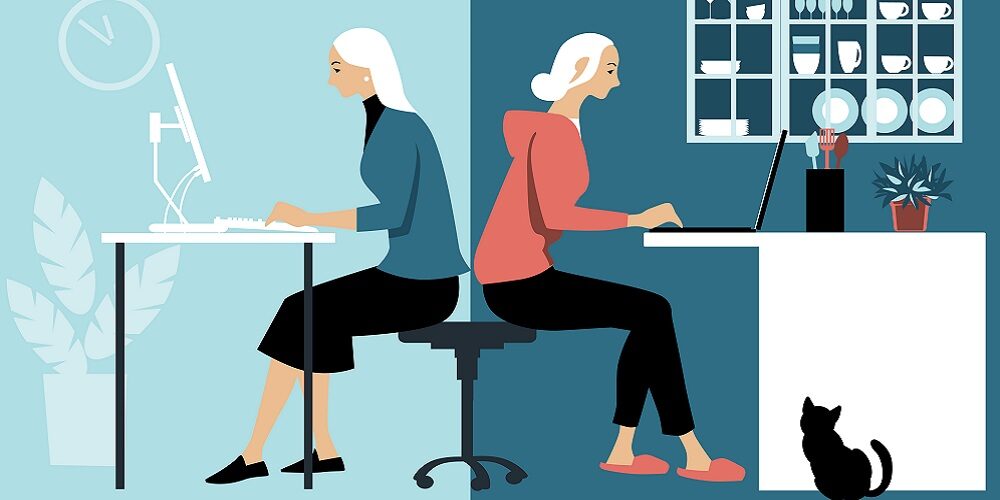 In new research that reaffirms the notion that hybrid work will remain a part of our workplace culture for the foreseeable future, McKinsey & Co. says the majority of U.S. workers want to preserve the remote work option despite some obstacles presented by remote working.

The management and consulting firm’s survey of 25,000 U.S. workers this spring found that 58% of Americans can work from home at least one day a week, and 35% have the option to work from home full time. That includes jobs labeled as both blue-collar jobs that might be expected to demand on-site labor, as well as white-collar professionals who typically work at a desk.

However, the appetite for remote or hybrid work is much stronger than those numbers suggest. According to the consulting firm’s American Opportunity Survey, 87% of workers would work flexibly if presented with the opportunity.

“This dynamic is widespread across demographics, occupations, and geographies,” McKinsey says in its report. “The flexible working world was born of a frenzied reaction to a sudden crisis but has remained as a desirable job feature for millions. This represents a tectonic shift in where, when, and how Americans want to work and are working.”

According to the consulting firm, 35% of U.S. workers say they can work remotely on a full-time basis, while 23% can work from home part-time or on occasion.

The remainder, 42%, don’t even have the option to work remotely because either the work demands on-site labor or employers simply demand on-site work.

“Given workers’ desire for flexibility, employers may have to explore ways to offer the flexibility employees want to compete for talent effectively,” McKinsey says in its report on hybrid work.

Employees that are offered remote work largely take their employers up on the offer, with nearly 90% of workers embracing the opportunity and spending an average of three days a week working from home.

Thirty-two percent of workers surveyed spend all five working days at home, making up the largest chunk of respondents.

Despite that clear demand for remote working options, the research also shed light on the challenges presented by remote work, as employees working in a hybrid working arrangement reported multiple obstacles, including physical and mental health, transportation, housing and more.

Research suggests that some groups have higher challenges. For example, about 55% of 18- to 34-year-olds offered the option to work fully remotely say mental-health issues impacted their ability to perform effectively, though only 17% of people aged 55 to 64 said the same. Additionally,  workers with children at home who were offered full-time remote work were far more likely than others without children to report that problems with physical health or a hostile work environment had a moderate or major impact on their job.

The research also speaks again to the growing disconnect between the flexible work demand of employees and what employers are willing to offer, as 12% of workers spent the whole week working from home even though their jobs only offer part-time or occasional remote work.

The consulting firm advises organizations to be aware that different groups perceive remote work differently. Thus, they should consider how flexible working fits in with their diversity, equity and inclusion initiatives.

For example, 61% of men say they were offered the ability to work remotely, while just 52% of women said the same, per the study.

Other findings include how important flexible work is for job seekers: it is the third-highest motivator for workers looking for a new job, after better salary and career opportunities.