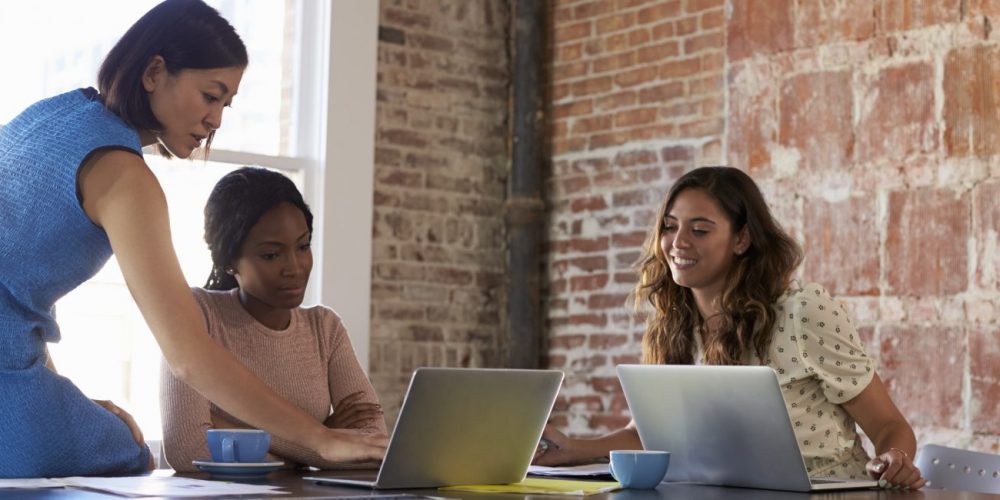 Want to feel old? The first members of generation Z, which follows the much-hyped millennials, were born in 1997 (according to the “definition” I found). That means many are turning 22 in 2019, graduating as part of the college class of 2019 and entering the workforce.

You’re still trying to figure out how to adapt your workplace culture and office technology to millennials and now it’s time to consider an even newer generation’s needs.

Office designers are already moving on from millennials and onto how generation Z will use their work spaces, according to a piece by commercial real estate and professional services reporter Nicole Norfleet that originally ran in the Minneapolis Star Tribune.

This is a significant shift in mindset. So much has been written about millennials in the workplace. So many broad generalizations:

Yes, I’m being sarcastic. No, I don’t out-right believe these generalizations.

I’ve seen employees from baby boomers to generation Z to millennials that reflect all these characteristics. In my opinion, it’s fine to call out a co-worker that has unrealistic expectations, but it’s pretty obviously wrong to paint an entire group of individuals with that brush.

That being said, there will be a narrative about what generation Z workers are like. In fact, it’s already being written.

As you prepare your office and company culture for an onslaught of graduating generation Z employment prospects, let’s take a look at what we think we know about these individuals.

Generation Z: What Broad Generalizations Can We Make?

Consider that many generation Z individuals grew up watching their parents battle through the recession that started in 2008, suggests Forbes writer Eric Trabold.

So they value job security and solid benefits. Trabold suggests that employers “place emphasis on strategy rather than tactics.” He writes: “They should bring in coaches to work with Gen Zers to strengthen their personal growth and challenge them to articulate how they can impact the growth of the product or organization.”

Millennials, at one point a long time ago, existed in a world in which everybody and their grandfather didn’t have a smart phone. That’s not really the case for generation Z. As Business Insider points out, by 2000 when the earliest generation Z-ers were turning 3 years old, most Americans had at least one computer. It didn’t take long for most generation Z members to have an Internet-connected phone in their pockets.

“A world without mobile technology is foreign to Gen Z,” writes Trabold in his Forbes piece.

Related: Why You Should Write for MyTechDecisions in 2019

There’s also a Netflix factor. This is a generation that didn’t have to wait until NBC’s “must see TV” lineup to catch the new episode of Seinfeld. They’re accustomed to watching what they want to watch when they want to watch it. That applies to work-related training opportunities, as well.

“Companies will need to re-imagine their training and on-boarding programs to favor the preferred on-demand, YouTube-like digital content,” Trabold writes. “Shred the boring PDFs, and get creative with shorter video snippets.”

So if you thought millennials required constant connectivity, the expectation will be even higher for generation Z workers.

The concept of working remotely is at least a little bit new and requires a little bit of getting used to …. for most. Not for generation Z, which enters a workforce that already embraces and facilitates remote employees.

Think beyond traditional work spaces and focus more on remote and nomadic workers if you want to appeal to generation Z. “Co-working spaces are expanding,” points out Trabold. “Open spaces are becoming more popular. The future workplace is anywhere.”

Are any of these characteristics reflective of a generation of people? I don’t think so. Iff they turn out to be accurate, they’ll be reflective of folks who grew up in a certain environment. If gen Xers never had to adjust to smart phones and on-demand streaming content, they would have entered the workplace with similar expectations.

In Norfleet’s article, she cites Rich Bonnin, a design principal at HGA in Minneapolis, who expects Generation Z to be “more realistic, social change-oriented, tech-integrated and interested in on-demand learning.” He adds that “Gen Z workers are more likely to value face-to-face interactions, shared space, choice-rich environments, security and the natural as well as the digital experience.”

Who can blame them?