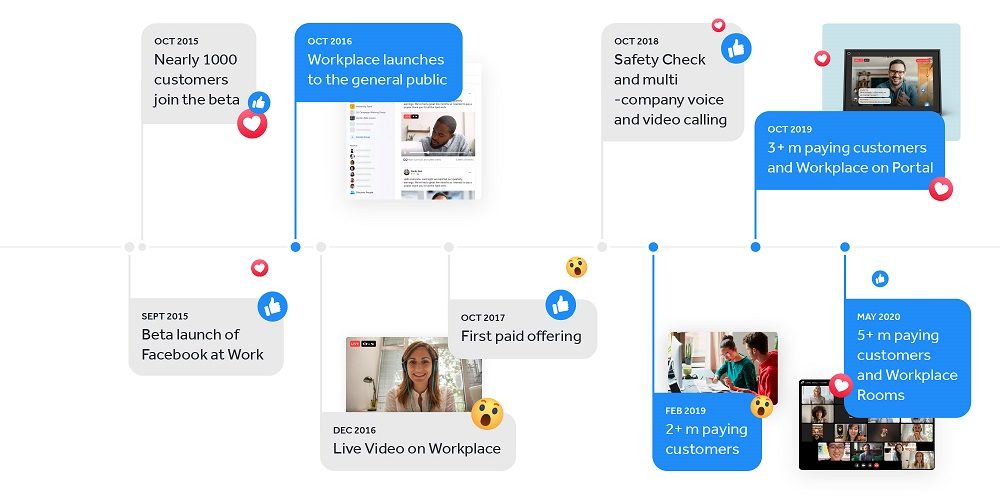 Those features are highlighted by the introduction of video chat, putting the platform on par with other competitors in the space like Microsoft Teams, Zoom, Slack, GoToMeeting and many others.

Facebook is calling the new virtual meeting space Workplace Rooms, which provides an unlimited meeting time and lets users connect with up to 50  people, and they don’t need to be in the same organization or even have a Workpalce account.

Workplace has been around since 2016, but is dwarfed by several other popular platforms.

According to a Facebook blog, it’s the same technology the company used to build Messenger Rooms.

We’re using the same technology from the recent Messenger Rooms announcement and adapting it to the enterprise, transforming video collaboration for businesses.

Workplace Rooms will be available for free to all workplace customers until December 2020.

Other new features being rolled out next month include: