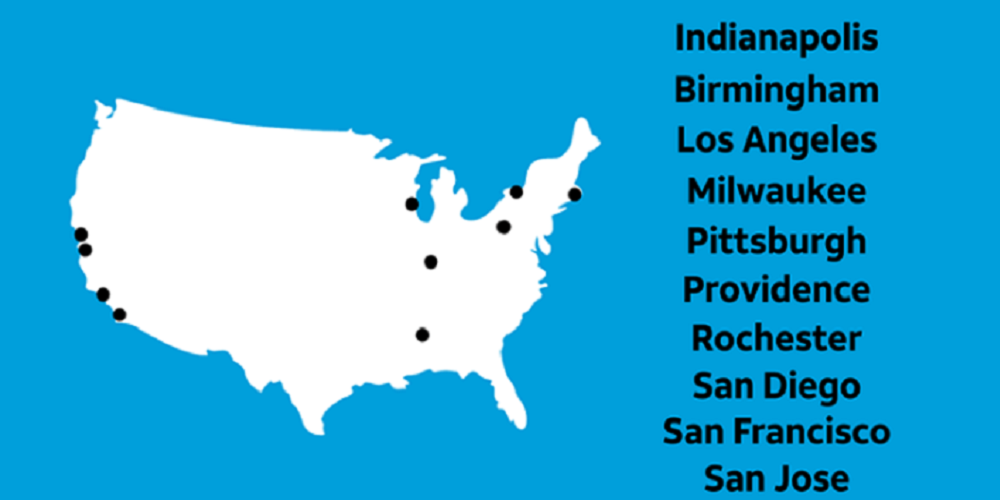 5G is widely believed to usher in a new era of communication that will see faster speeds for more connected IoT devices, paving the way for more intelligent applications of technology.

In a statement, Scott Mair, president of the company’s technology operations, said the company believes 5G technology will be “game-changing.”

“We were the first in the U.S. to offer commercial mobile 5G, and this is the next step as we build to nationwide service in the first half of 2020,” he said.

Nationwide coverage is expected to come in the first half of 2020, AT&T said.

The company said its network is available over both 5G and what it calls 5G+, the latter of which offers extra speed and capacity over high-band 5G to serve high-traffic areas and places like sports arenas and campuses.

Read Next: America Might Not be Ready for 5G After All – Here’s Why

That service is available for businesses and collaborators looking for higher performance, AT&T said.

The regular 5G network offers broad coverage areas for both consumers and businesses over low-band 5G, which the company markets to its more mobile customers.

Customers who travel outside of 5G coverage areas with a 5G-ready device will still be able to connect to AT&T’s 5G Evolution, which is essentially an enhanced 4G LTE network.