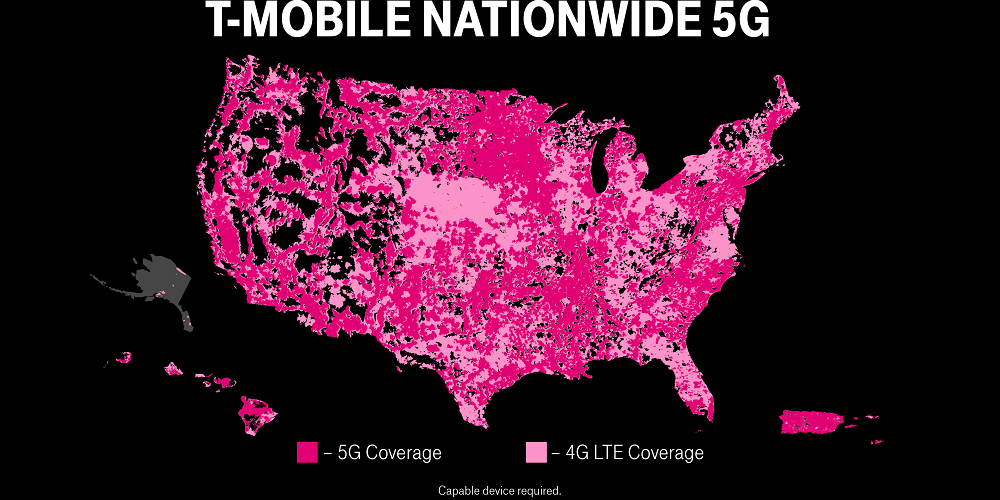 T-Mobile says it is the first carrier to launch a nationwide standalone 5G network that can pave the way for new applications and emerging technology like virtual and augmented reality.

In a Tuesday press release, T-Mobile said the move expands the company’s 5G footprint – which it says was already the largest in the U.S. – to nearly 2,000 additional cities and towns.

“Since Sprint became part of T-Mobile, we’ve been rapidly combining networks for a supercharged Un-carrier while expanding our nationwide 5G footprint, and today we take a massive step into the future with standalone 5G architecture,” said Neville Ray, President of Technology at T-Mobile, in a statement. “This is where it gets interesting, opening the door for massive innovation in this country — and while the other guys continue to play catch up, we’ll keep growing the world’s most advanced 5G network.”

According to T-Mobile, the network allows the company to unleash its entire 600 MHz footprint for 5G. It goes beyond the mid-band signal to cover more area and penetrate deeper into buildings.

Previously, 600 MHz 5G was combined with mid-band LTE to access the core network. However, that signal only goes as far as mid-band LTE.

By flipping the switch to standalone architecture, T-Mobile says it increased its 5G footprint by 30% and now covers 1.3 million square miles in more than 7,500 U.S. cities and towns.

The company said the first nationwide standalone 5G network was made possible with close partnerships with Cisco and Nokia to build the 5G core. Ericsson and Nokia helped develop the 5G radio infrastructure, and OnePlus, Qualcomm Technologies and Samsung helped T-Mobile ensure existing devices can access the network with a software update.

Now, the company’s 5G network is set up to unblock fast speeds, real-time responses and broad connectivity, according to T-Mobile.

The network, when coupled with core network slicing in the future, could theoretically support emerging technologies like self-driving vehicles, an larger IoT ecosystem, real-time translation and more, T-Mobile says.

In areas with standalone architecture, the company’s engineers have seen up to a 40% improvement in latency during testing, T-Mobile claims in the press release.